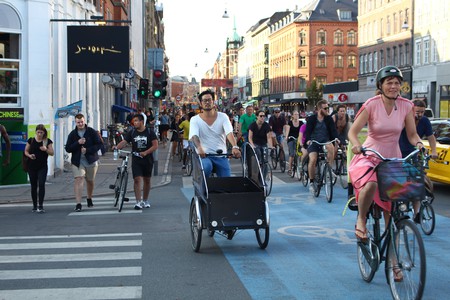 Over the past few years the Danish government has been striving to introduce a biking culture—and with bikes now outnumbering cars in Copenhagen and a remarkable increase in bicycle traffic, it seems they’ve accomplished their goal. So, in an attempt to improve bikers’ transportation, electronic boards showing the congested streets will be set all over the capital.

On Dronning Louises Bro in the direction towards Nørrebro, a sign says Du er cyklist nummer which translates to ”You are biker number…”, followed by a red-neon number. By late afternoon, this biking counter usually has five digits to show how many cyclists have passed through this spot. 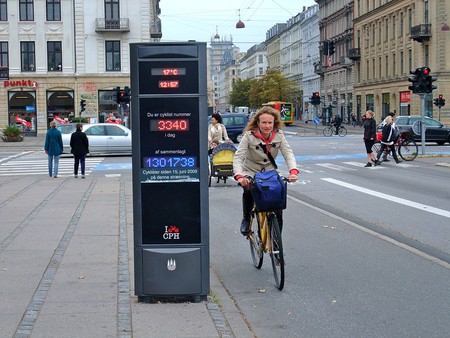 Even though some cities’ governments such as London, Bucharest, and Istanbul try to reduce traffic congestion created by cars, the same can be said for bikes in Copenhagen. It’s widely known that Danes use their bikes as their main means of transportation—thus fairly earning the title of a bicycle nation. Even with snow and a wind at a speed of 17 miles per hour (27 kilometers) blows in riders’ faces, biking remains fun for many. With a 240 mile (390 kilometers) cycle network including stylish bridges, it is easy to bike everywhere around the city. Therefore, seeing young children, students, men in suits, women with high heels, and older people riding on their colorful two-wheel vehicles is a natural occurrence. 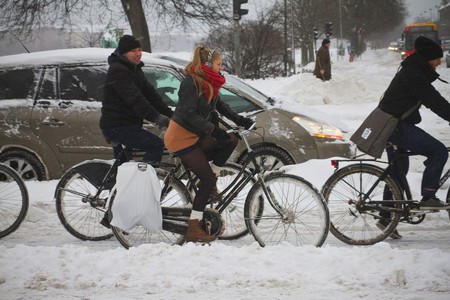 According to city authorities, 265,700 bikes were used in the city in 2016. Compared to 252,600 cars, bikes outnumbered cars for the first time. Meanwhile, bicycle traffic has increased by 68 percent in the past 20 years. Therefore, the Danish government decided to invest in cycle infrastructures once more. In the near future, bikers will find electronic panels all over the city informing them about roadworks and congested cycle streets as well as and suggesting alternative routes. 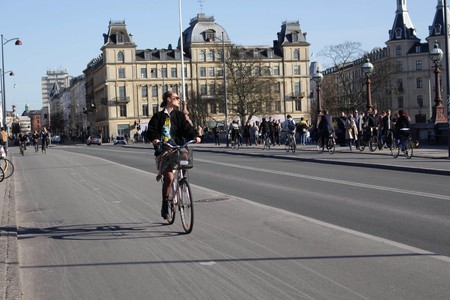 These boards will be helpful for all bikers. This is especially true for newbies and tourists who might find it a bit challenging to bike on some of Copenhagen’s busiest-cycle routes such as Nørrebrogade and have dozens of bikes passing on the left with their owners continuously ringing their bells.

Also helpful for those unfamiliar with Danish-biking customs, some of the biking rules Danes stress that everyone should always follow to the letter include ‘Never stopping without raising your hand’, ‘always pointing with your hand if you’re planning turn left or right’ ‘staying on the right side of the route if you ride slowly’. 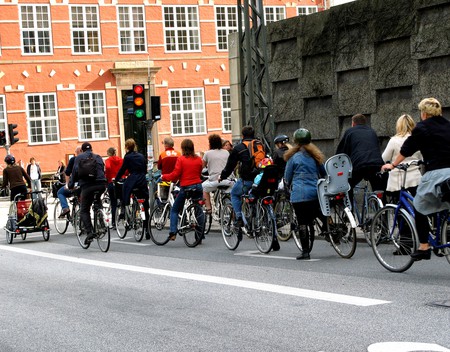 Bicycle rush hour in Copenhagen, where 37% of the population ride their bikes each day. | © Mikael Colville-Andersen/Wikimedia Commons

Copenhagen hasn’t always been a bicycle haven, but the government’s efforts over the years have created the conversion. Now the capital of one of the most environmental-friendly countries in the world, Denmark has also ranked second in a survey examining best air quality among 23 European countries.

By 2025, guesstimates claim that the cycle traffic will increase by 25 percent as even more locals will ride instead of drive.