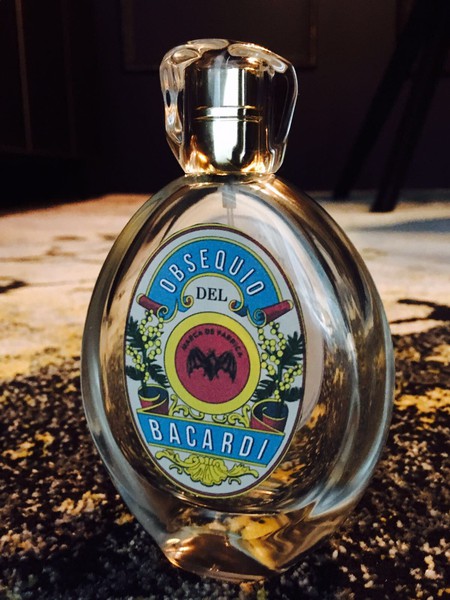 Curfew, in Copenhagen, is a special place. In a city that takes its craft cocktails seriously, this bar stands among the best for its creative drinks and gorgeous decor.

One of the bar’s highlights is its collection of antique barware, and a cabinet of vintage liquor bottles near the entryway. Among them stands a bottle that had once contained a cologne created by the Bacardi family, the famous rum producers. António Saldanha de Oliveira, a bartender at Curfew, happened upon the bottle one day. His curiosity was piqued.

Oliveira asked Humberto Marques, his mentor and Curfew’s owner, for the story behind the bottle. The cologne, he was told, was created by the Bacardi family in 1888 as a gift for the liquor brand’s original supporters—mostly partners, distributors, and very good customers. Research didn’t turn up any information about the cologne. The only clue came from the bottle’s seller in Spain, who said he’d found some yellow flower traces inside that, to him, resembled mimosa flowers. With just that hint, an idea was sparked.

Oliveira would soon be competing in the Northern European finals for the Bacardi Legacy cocktail competition, for which each bartender had to invent a cocktail, using a Bacardi spirit, that could be easily replicated. He decided to create one based on what the cologne may have smelled like. Using Bacardi Carta Blanca light rum as a base, he started with a syrup made of mimosa flowers as the primary aromatic. He added lime juice to balance the flowers with a bright, fresh flavor, and Cocchi Americano, an Italian aperitif wine, for spicy complexity, lending notes of cinnamon, marzipan, bitter orange, cinchona bark, and artemisia. Oliveira named it “El Obsequio,” which translates to “The Gift”—because, of course, the cologne that inspired the cocktail originally was given as gifts to Bacardi’s supporters. 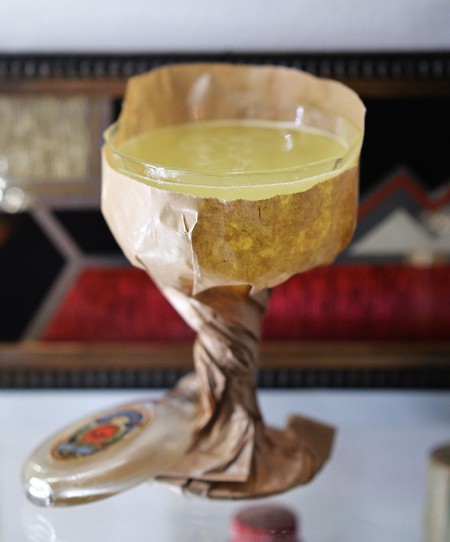 Oliveira won the competition for Denmark with El Obsequio, and he’s now advancing to the Bacardi Legacy World Finals, to be held on May 23 in Berlin. He’s decided to advance the cocktail, too: taking it a step further and turning it into an actual perfume.

Partnering with Nortempresa, a fragrance producer in his hometown of Braga, Portugal, the team has created a unisex scent whose main notes, according to Oliviera, are identical to those of the cocktail. “From the beginning, I decided if I could win the Regional Bacardi Legacy Competition and be one of the World Finalists, I would revive this cologne using for botanicals exactly the same ingredients as the cocktail,” he says.

The scent incorporates a cane sugar neutral alcohol to represent the Bacardi rum, with top notes of mimosa flowers, lime zest, and cinchona bark. To this, Oliveira added pineapple “because it is a known symbol of hospitality worldwide and was a small way to pay tribute to my passion for this industry and the bartending craft,” he says. To lend complexity, Nortempresa added bergamot, mandarin, lavender, lemon thyme, patchouli, vetiver, and amber, among others. “The notes are very light and refreshing,” says Oliveira. “I would say it’s a spring perfume with flowery notes coming at the beginning, together with citrus refreshing notes, and then some woody, delicate spicy notes that stay and linger in the air.” The perfume’s bottle, too, will be a near-exact replica of the original from 1888 that’s now in Curfew’s collection. 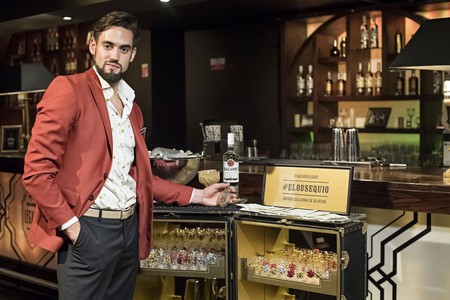 The initial intent is to create 30 bottles as gifts for supporters—not unlike the original more than a century ago. According to Oliveira, of course his ideal goal is to have it available worldwide, but that will be up to the Bacardi company, he says.

He’s currently sourcing funding for the project on Kickstarter. Contributions of 245 DKK (about U.S. $35) or more will be rewarded with a 100ml bottle of El Obsequio perfume.

And, of course, to try El Obsequio the cocktail, head to Curfew, in Copenhagen.