The Ultimate Renter's Guide to Copenhagen 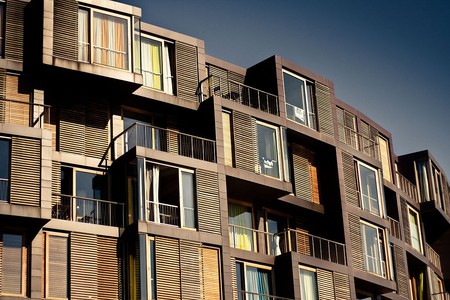 Finding a flat in Copenhagen is a real struggle and therefore most of the Danes and expats live in shared apartments. However, renting a room is not easy either, especially the end of August or after Christmas, when thousands of international students come to Copenhagen to start the new semester; landlords sometimes receive up to 1,000 messages for a single room.

Boligportal and Lejebolig are two of the best online sites for house searching but sometimes they just aren’t enough. Networking plays a significant role in finding a room in Copenhagen. Available rooms are often rented among friends of friends and never get published on the advertising sites or the Facebook groups.

If you’re trying to get a single room in a shared apartment it’s very important to describe yourself in a detailed and “catchy” text, in order to attract your future roommates’ attention and be called for an interview. Remind you of job searching? Well, you’re right; it’s not that different, but that’s how things work.

Be careful of scammers. For most houses, three months rent is required as a deposit for renting a room, so scammers ask potential tenants to transfer this amount of money on a bank account, claiming they are not in the city and when they receive it, they just disappear. It’s quite usual in Copenhagen.

Even though Copenhagen is a small city and moving around isn’t a problem for locals who usually ride their bikes, living in the city center has something special. Not only because you’re close to everything but also because walking through the pedestrianized alleys or by the canals to get home definitely perks you up.

There are plenty of bars, restaurants and takeaways, but since we’re talking about one of the most touristic areas in Copenhagen, many of them are a bit pricey. However, the cool places can be right in front of your eyes. This list will help you find some cheap places for a bite and whenever you’re in the mood for a cheap beer, check out this article. 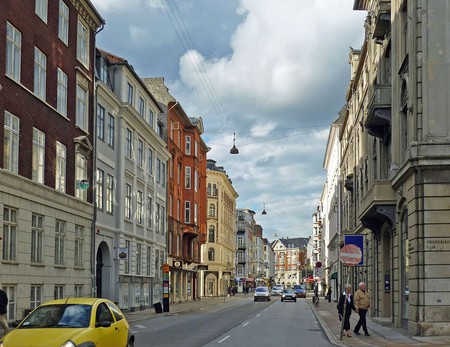 Nørrebro used to be one of the cheapest areas in Copenhagen and compared to other “cool neighborhoods,” still is. But ever since it got gentrified, prices started rising. The average price for renting a room at the city’s multicultural district is approximately 3,500DKK ($507), while a two-room apartment starts at 7,000DKK ($1014), but it can be higher. It’s quite common for permanent residents to rent their rooms for three to six months while they’re traveling, so if you’re looking for short term it’s a bit easier to “live the dream” and stay in one of the coolest neighborhoods in Copenhagen.

Secondhand shops, organic restaurants, elegant cocktail bars, and galleries are only some of the things that make this neighborhood so special and beloved by locals. It is one of the top choices for a morning walk or a night out, as it offers plenty of places for all types. The area attracts mostly young people who could be described as the “bohemian” crowd of the city, but that doesn’t mean you won’t meet other styles and ages. 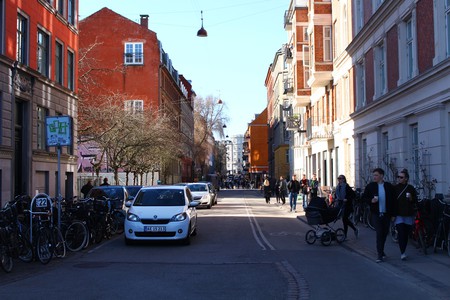 Vesterbro is located close to the Meatpacking district and Tivoli amusement park, and as it happens with every gentrified area, the house prices suddenly increased, and in order to rent a two-room apartment, the average price is 10,000DKK ($1450). Renting a single room is a much cheaper solution—average price 4,000DKK ($580)—but it is still not easy to get a room in the area, as you’re competing with almost every other Copenhagener.

Vesterbro holds the reputation for being a hipster area, and not without reason, since it went under massive gentrification. Stylish cafés, organic restaurants, hostels, and tattoo studios popped up, transforming the former so-called Red Light District into a fashionistas’ hang out. It’s one of the prettiest and most vivid neighborhoods in the city and therefore doesn’t come as a surprise that everyone wants to live there. 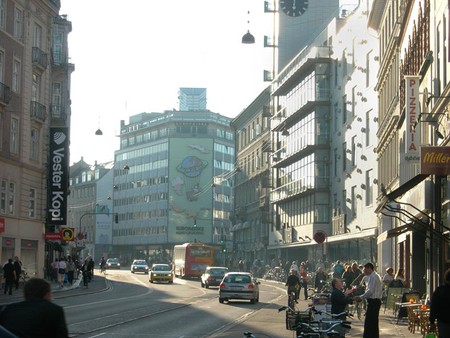