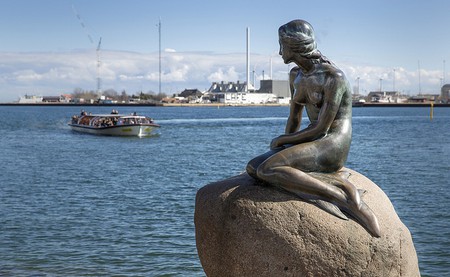 As an upper middle class district along with its neighbor, Frederiksberg, Osterbro is mainly a residential area where young professionals and families live. At the same time, it’s an attractive point for many tourists since the largest green area and the Little Mermaid, the most famous landscape of Copenhagen, are situated there. However, Osterbro has much more to offer to any visitor willing to explore the district.

Nestled at the edge of Osterbrogade, the three Copenhagen Lakes, or ‘Søerne’ as the Danish call them, is the ideal place to take a rest and enjoy the open space and the fresh air next to the water. The row of three water deposits creates a six-kilometer path where bikers, runners and strollers can always be seen enjoying the enchanting view. During the summer time, tourists can rent rowing boats at the Søernes Bådudlejning (Copenhagen Lakes Boat Rentals), located by the Dronning Louises Bridge. 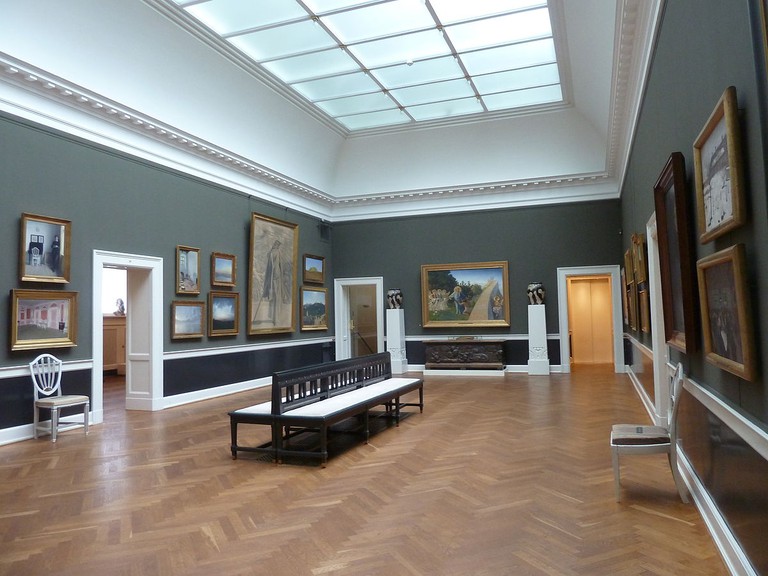 Hirschsprung Collection | © Ramblersen/Wikimedia Commons
Located in Ostre Anlaeg park at the edge between the city center and Osterbro, the Hirschsprung Collection is a neo-classical museum hosting a unique selection of Danish art from the late 19th century to current times, extending from the period of the Danish Golden Age, the Skagen painters and the contemporary artists. The museum would rung, a tobacco manufacturer and art collector, who donated his collections to the Danish state in the beginning of the 20th century.

Walking around the neoclassical blocks of Brumledy offers a good perspective of Danish architecture of social housing. Built in the 1850s, the terraced quarter is situated in a triangle between Trianglen square and the National Stadium. Brumleby was designed by the Danish Medical Association in the 1850s for the labor class, and has been awarded with the Europa Nostra award for conservation, standing as an example for affordable housing solutions. In the area a museum, an old cooperative shop and an exhibition space can be found. 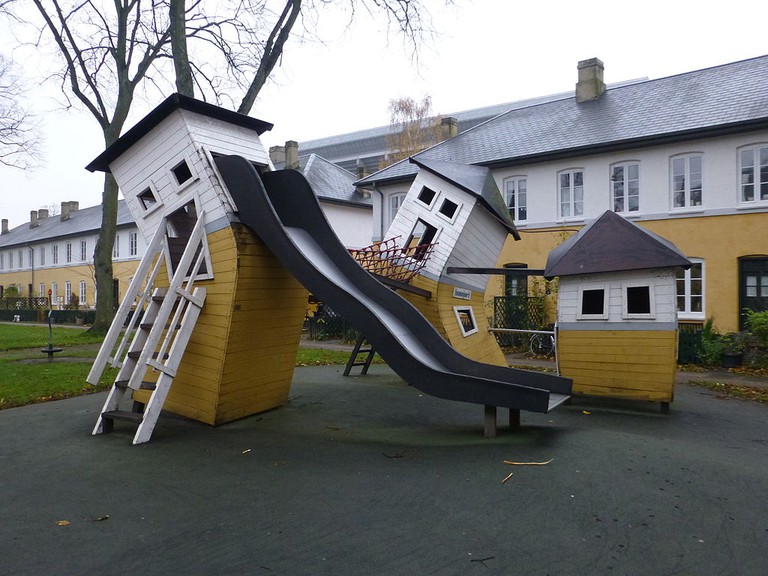 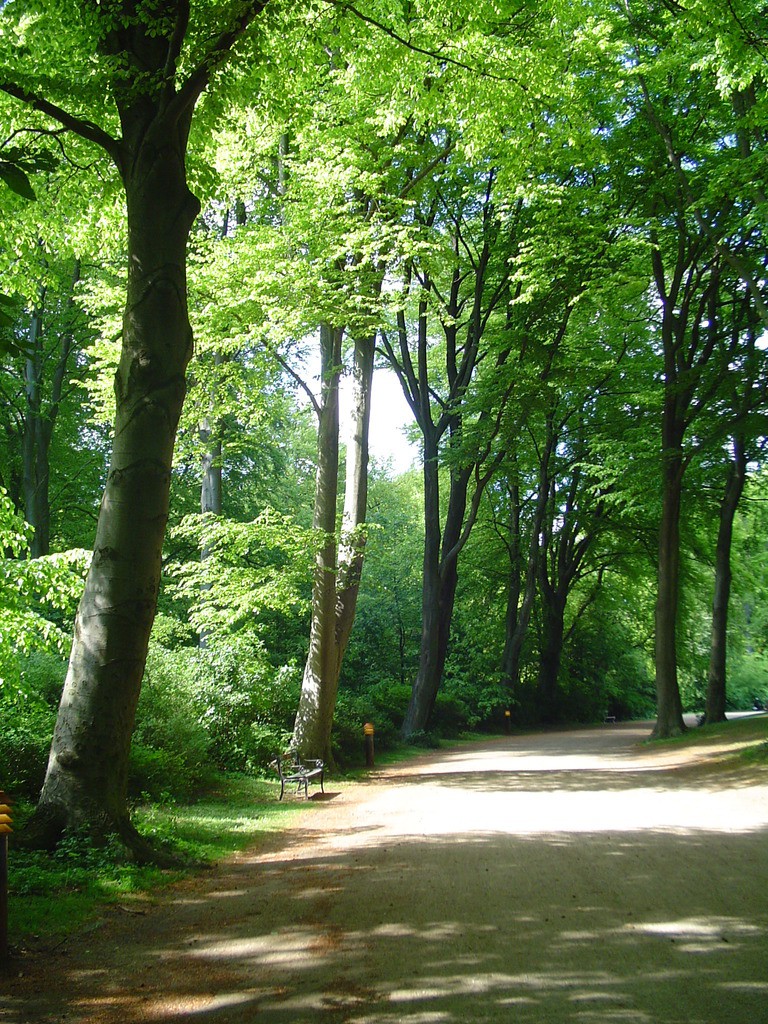 Fælledparken | Public Domain/Wikimedia Commons
As the largest park in the city, Faelledparken offers six square kilometers of green oasis at the heart of Copenhagen. Apart from the multiple walking paths and the extensive area of grass, visitors of this park can also find an uncommon playground with simulations of the five most notable towers of the city, a skate track, outdoor chess tables and the café Pavillon. Fælleparken also hosts the demonstrations of May 1st with hordes of locals occupying the whole space. 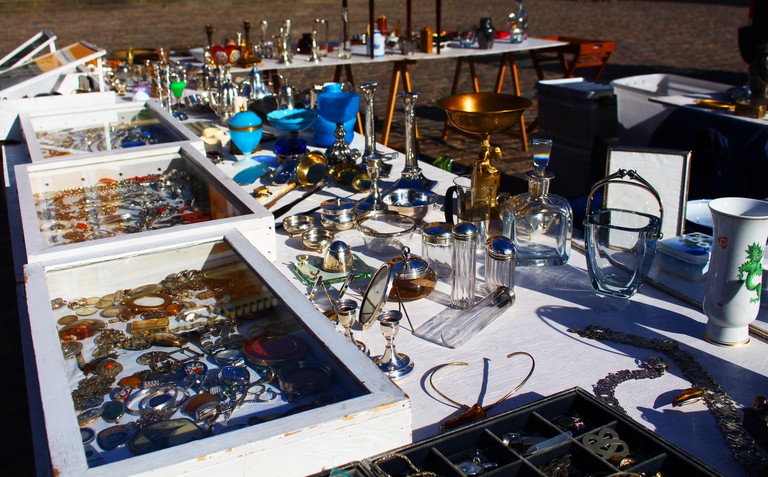 Flea Market | © Aliki Seferou
An indoor flea market at the badminton court Remisen, this bazaar of cheap clothes, shoes, books, toys and all kinds of trinkets is open during the whole year. Stalls are usually set up on Saturdays and Sundays, but each time, the organizers differ, as does the admission fee which usually is around 1.50 euros.

Parken is nestled at the east end of Faelledparken with a capacity of 50,000 when it serves as a concert hall. Having hosted, since 1992, all the important national matches, Parken is a temple for football enthusiasts. The stadium is always used as a concert venue and internationally renowned artists have appeared here, such as Roger Waters, The Rolling Stones, Paul McCartney, David Bowie, and Muse. Noticeably, on August 1997, a performance by Michael Jackson, during his HIStory tour sold 60,000 tickets at the biggest concert ever hosted in the Parken. 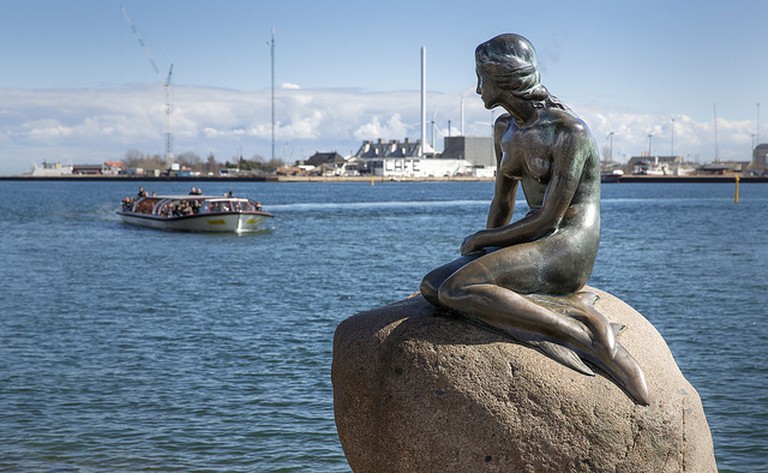 © News Oresund/ Flickr
Hans Christian Andersen’s muse stares constantly at the sea from a rock at the Langelinie promenade. The Little Mermaid, the bronze statue and brain-child of the artist Edvard Eriksen, has stood on Osterbro’s waterside for more than a century now. In time, it has served as the major landmark of Denmark’s capital, turning the spot into a busy place due to the number of tourists that visit daily. Den lille Havfrue has been damaged and restored on many occasions, while the one on display now is a replicate of the original.

Den Frie Exhibition was founded in 1891 but it was not until 1913 that the museum was moved to its current house at Oslo Plads. Although the building is the result of the architect’s inspiration from Egyptian architecture and Greek temples, Den Frie Center is a contemporary art museum that challenges the exceptional architecture of its own home. Around ten displays are held each year with contemporary artistic communities, artists associations and experimental groups helping to make up the collection of the group exhibitions. 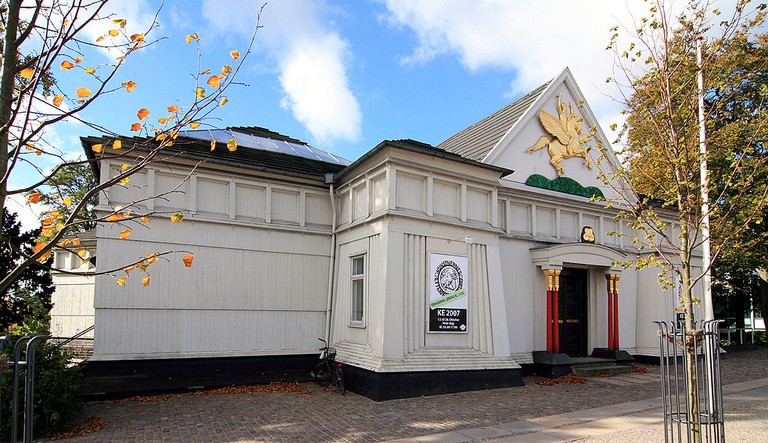 Park Bio, as the unique movie theater in the neighborhood, it is a refreshing corner for film enthusiasts. Small and cozy, with only one floor and limited capacity, this cinema has a local charm. The canteen is decorated with an aquarium and palm trees, creating a relaxed atmosphere for visitors who like to enjoy a coffee before the movie starts. The film selection varies, since Park Bio shows some of the most commercial movies, but every Friday, the cinema hosts one Turkish film subtitled in Danish.

Kastellet is a superbly preserved and restored pentagram-shaped military fortification and one of four bastions encircling the old Copenhagen. The construction was inaugurated in 1626 as St. Anne’s Bulwark and finally completed in 1664, serving as the stronghold at the northern end of the East Rampart, which arched through the city and remains in the form of the many parks extending down to Tivoli. The Citadel now houses the Danish Defense Intelligence Service. This is a very popular park with a moat and windmill, and it’s often used by locals for picnics and annual events.