The Revival of Refshaleøen in Copenhagen 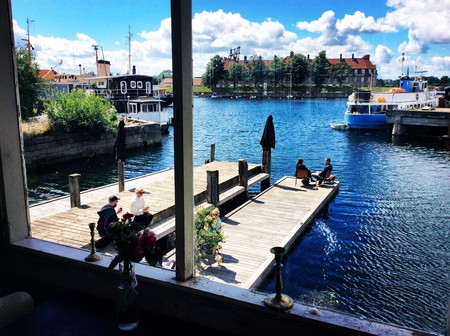 In the past few years, Refshaleøen has been known as the place where Copenhell music festival takes place. Now, with gourmet restaurants and stylish cafes popping up and a brand new festival on the map, the former industrial district is the city’s new hip area.

Annexed to Amager island and surrounded by sea, Refshaleøen was for more than 100 years home to a shipyard founded by Burmeister & Wain. After the dry dock’s bankruptcy in 1996, the area started developing and many young entrepreneurs attracted by the industrial scenery decided to move their businesses there. When in 2010 Copenhell, Denmark’s biggest metal festival and one of the most popular in Europe, made its debut at Refshaleøen’s docks, the area got a new lease on life. Over the years office spaces, cultural and activities centers as well as restaurants were opening, but it wasn’t until recently that the area became one of locals’ favorite hangout spots. 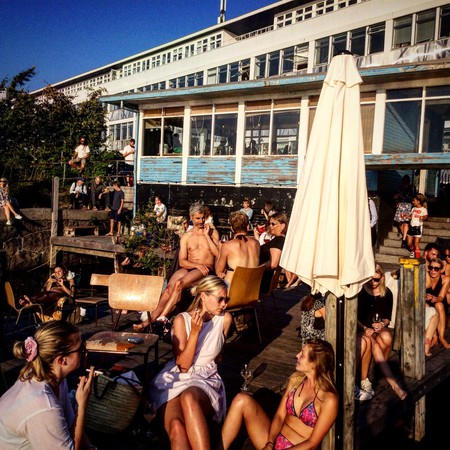 In the past couple of years during summertime, locals have often headed to Halvandet beach bar or at La Banchina to soak up some sun and relax at the outdoor tables situated right by the waterfront, offering a great view over the harbour. But it isn’t only during the warm days that the industrial area brims with life. La Banchina is open four days a week in winter, too, and many Copenhageners will head to Refshaleøen to savour a gourmet dish in the cosy restaurant’s indoor space. 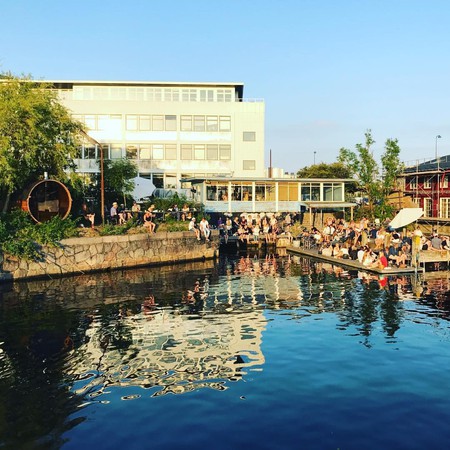 Others prefer to book a table at Amass, which is only a three-minute walk from La Banchina. Being one of Copenhagen’s most renowned high-end restaurants owned by former Noma head chef Matthew Orlando, Amass has been on top of foodie lists long before Refshaleøen became a hip area. 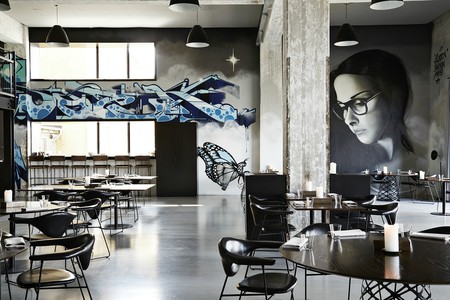 A beer bar owned by one of Denmark’s best and most popular breweries couldn’t be missing from the city’s upcoming area. With its 12 oak vessels filled with different types of beers of unique taste, Mikkeller Baghaven has become the ideal hangout for beer lovers. Well, its relaxing view over the water has probably played a role, as so many locals don’t mind cycling 15 minutes from the city center to reach it. They know they’ll be rewarded for their effort. 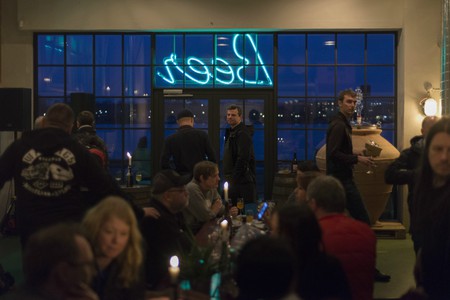 However, restaurants and bars aren’t the only reasons locals decide to ride their bikes all the way to Refshaleøen. No one can resist the fire-heated panoramic sauna at CopenHot while many choose to sail in the harbour for a Hot Spa Cruise.

Urban Rangers Camp gives a shot of adrenaline to thrill seekers who know that there isn’t a better place in Copenhagen to challenge themselves while walking 50 meters above ground than at the world’s highest indoor high-roping course.

When spring kicks off, the harbour is filled with water skiers who head to Copenhagen Cable Park to learn or improve their water sports skills. 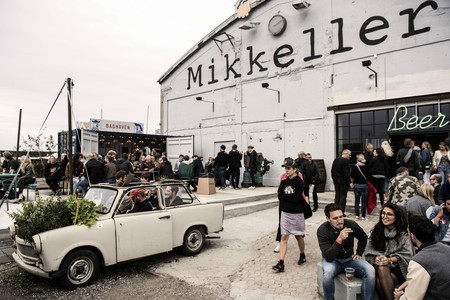 Refshaleøen is a cool area to visit all year round, but in the summer it really becomes one of the most vivid neighborhoods in Copenhagen. Not only because the sunny weather makes people look for outdoor spots by the waterfront but also because it’s the time of the year when two of the city’s largest festivals take place.

Aside from Copenhell, which invites the metal community to spend two days full of music every June for the past eight years, in 2017 Haven was added to the city’s long festival list. For two days in August, the area in Refshaleøen gets packed with music and art enthusiasts who gather to celebrate summer and watch some of their favorite local and international bands perform on stage. Last year’s Haven festival was a great success and tickets were already sold out by June, making it easy to assume that Haven has already won a place in locals’ hearts. 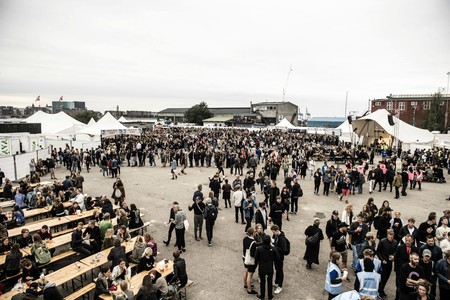