A Guide to Copenhagen's Coolest Neighbourhoods 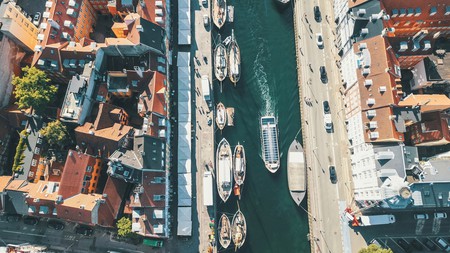 Copenhagen has a number of colourful districts that are well worth exploring. From the so-called “hipster” areas to neighbourhoods that are known for being multicultural, Bohemian or upmarket, each Copenhagen neighbourhood has its own individual atmosphere and a different vibe to the others. Culture Trip has selected eight of the coolest areas in Copenhagen. 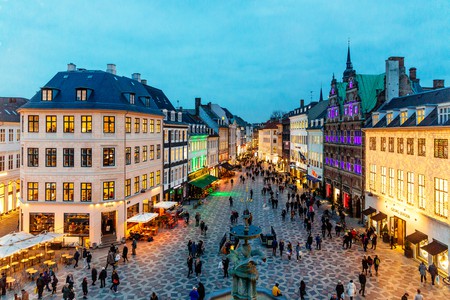 Brimming with galleries, tattoo studios, chic restaurants, underground bars and music venues, Vesterbro has earned the title of the hippest district in Copenhagen. For a long time, it was known as a working-class neighbourhood, but over the years it became the city’s skid row. Vesterbro is still home to the occasional seamy places, but it’s now mostly popular for its trendy hostels, organic restaurants, and independent shops. ”Copenhageners often go to this area for its bars and nightlife and to shop for vintage sneakers and the like,” says local tour guide Martin Thomsen, adding: ”The Red Light District adds colour and grittiness to this old working-class neighbourhood, though gentrification now threatens to change Vesterbro forever.” 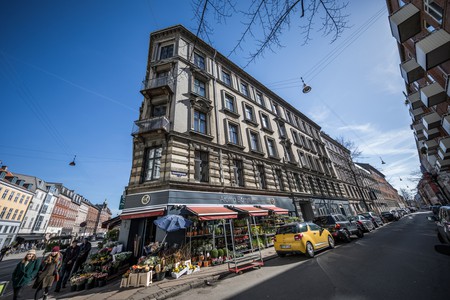 Kødbyen is located within Vesterbro, just a few minutes from Copenhagen Central Station, but it’s worth mentioning for its distinct style. Former slaughterhouses have been renovated and turned into restaurants, bars and art studios in the area. And now, Copenhagen’s most stylish crowd comes here for evening cocktails, dinner in a fashionable restaurant or a takeaway burger, before heading to one of the district’s underground clubs. ”The Meatpacking District is one of my favourite areas in Copenhagen for going out – whether it’s an after-work drink, dinner or dancing the night away, you’ll be sure to find a great spot here,” recommends Laura Berg Deleuran of the lifestyle blog The Copenhagen Tales. ”My favourites are Hija de Sanchez for the authentic tacos, and Warpigs – great beers, great rock music and great barbecue. …I come back for the hush puppies alone!” 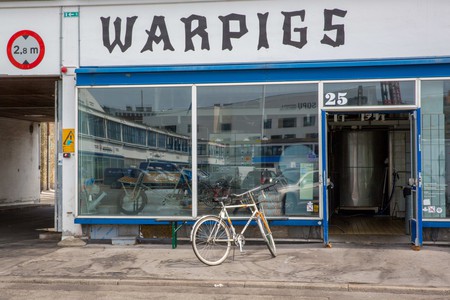 One of the oldest districts in Copenhagen’s Indre By (inner city), the Latin Quarter’s name stems from the Latin language that was still spoken at the nearby university in the neighbourhood’s early days. This colourful section of the old town, which is tucked away just off the tourist track of the Strøget pedestrian street, is Copenhagen’s Bohemian quarter, a diverse community that’s a gathering place for artistic types. The area is home to an eclectic mix of hip independent shops, cosy coffee houses, and lively cafés. One of the most bustling hubs of the Latin Quarter is the Next Door Café, which serves up homemade food in a lively atmosphere and welcomes a diverse mixture of customers daily. Café owner Skyler Rowland’s love of this area is obvious: ”Living and working in the Latin Quarter is like being in one big family,” he enthuses. ”Love, respect, and support can be found at every corner. A neighbourhood filled with such an eclectic group of people – all coming together to work and live beside one another. The Latin Quarter is a gift to be cherished!” 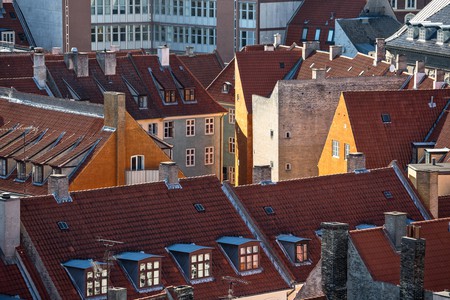 It’s probably the most touristed neighbourhood in Copenhagen, but Nyhavn’s townhouses, with their distinctive colourful façades, are so beautiful that it’s still well worth a visit, and the historic tall ships lining the harbour add to the endearing maritime atmosphere. What was once the city’s main harbour and a somewhat seedy sailors’ hangout is now a picturesque district full of restaurants and bars. Nyhavn was also home to beloved writer Hans Christian Andersen for approximately 20 years; from his window at Nyhavn 18, he would gaze out onto the harbour to enjoy the views of the nearby King’s New Square. As it contains one of the main attractions in Copenhagen, prices are a little higher in Nyhavn, so if you want to take in the scenery without breaking the bank, grab a beer from a nearby kiosk, perch yourself somewhere on the waterfront and admire the view. 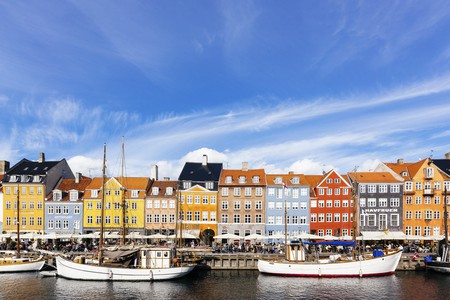 Just across the lakes from Copenhagen’s city centre lies lively Nørrebro. Its main street of Nørrebrogade is a buzzing spot, and along it lies Assistens Cemetery, a tranquil oasis that also happens to be the burial place of Hans Christian Andersen, alongside other famous Danes. But one of the most popular streets in the area is Jægersborggade, whose food offerings range from plant-based hot dogs from Plantepølsen and nitrogen ice cream at Istid, to the Michelin-starred Relæ. Another wander-worthy Nørrebro street is Ravnsborggade with its interesting assortment of vintage and secondhand shops. Guide Martin Thomsen thinks Nørrebro has so much to offer, and his company Gopenhagen Tours has launched a walking tour of this less-traveled neighbourhood. ”This is the most diverse area in the city: some 55 nationalities share only four square kilometres,” Thomsen says, continuing: ”the area is hip and very young and the best area of Copenhagen for a walk – full of stories and secrets, amazing courtyards, beautiful parks and cool shops.” 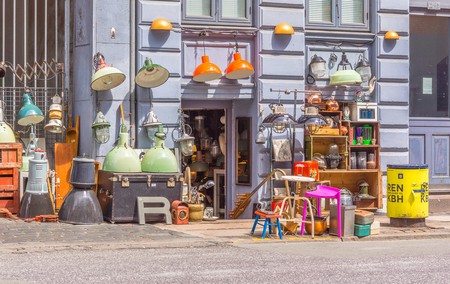 The man-made island of Christianshavn was created in the 1600s as a naval and merchant district. A working-class neighbourhood for a large part of the 20th century, it is now a desirable area of Copenhagen. Its picturesque canal, brightly painted houses and narrow alleyways make the neighbourhood one of the most beautiful and romantic parts of the city. Boats line the waterway, and the twisting spire of the unique Church of Our Saviour towers overhead, contributing to a charming atmosphere. There are plenty of fantastic culinary experiences to be found in Christianshavn, from bakeries and cafés to Michelin-starred eateries, while drinking spots range from traditional pubs to trendy wine and cocktail bars. The formerly industrial adjoining islands are gradually being developed and are also becoming a foodie hotspot, home to both summer street-food market Reffen and two-Michelin-starred Noma, which was named the world’s second-best restaurant in 2019, after twice winning the top spot. 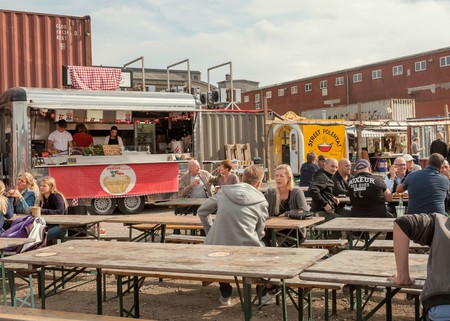 Christiania was established the in the 1970s, when a former military base on Christianshavn was occupied by a group of hippies. Best known for its Green Light District and the marijuana stalls of Pusher Street, it actually has much more to offer. There’s creative bakeries, vegetarian restaurants, underground gig venues and smoky jazz bars. ”The fact that Christiania still exists is a little miracle and proof of Danish tolerance,” explains guide Martin Thomsen. ”The inhabitants have staved off the outside world for decades, building a community which now serves as an inspiration for hippy communities around the world. They host some 3,000 events a year. It is free to enter and is one of the most-visited tourist sites in Denmark, but you should consider joining a guided tour to really understand it.” Christiania residents offer tours of their community daily during the summer months and on weekends year-round; outside tours are not permitted. 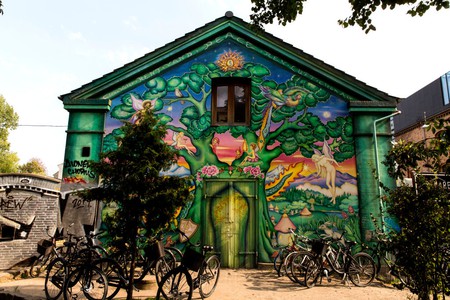 Every city has an upmarket neighbourhood, where fancy restaurants take the place of smoky cafés and instead of high-street clothing shops you find famous designer boutiques. In Copenhagen, this area is Frederiksberg. ”Frederiksberg is one of the most popular areas in Copenhagen, and for good reason,” shares Berg Deleuran. ”You’ll find tree-lined boulevards filled with cosy cafés, design stores, and boutiques between beautifully kept, typical Copenhagen-style residential buildings.” The city’s uptown crowd frequents this district on nights out, but every can enjoy the Frederiksberg Gardens, one of the biggest parks in the city, for a picnic or a relaxed walk. ”Frederiksberg Gardens, with its castle and lakes, is the perfect location for a lazy stroll or picnic – you can even see Copenhagen Zoo’s elephant enclave from the gardens,”explains Berg Deleuran. ”During winter time, the ice skating rink at one of the Garden’s entrances is a great spot for families.” 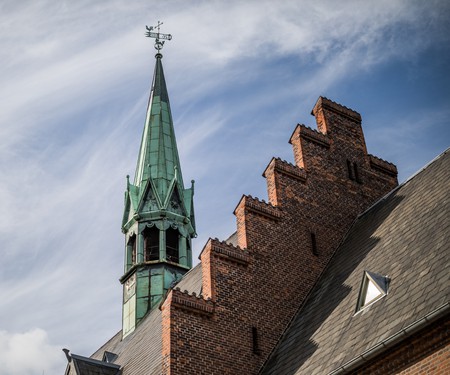