The Best Running Routes In Copenhagen

<a href = "https://commons.wikimedia.org/w/index.php?curid=7796245"> Dyrehaven Eremitageslottet | © Chin tin tin/Wikimedia Commons
Start the day off by running a few laps and without worrying about wasting any time from discovering Copenhagen’s attractions with these running routes. Follow these paths and instructions and get the chance to see some of the city’s most beautiful parts, historic buildings, and where the locals hang out.

The Lakes (The Søerne)

Natural Feature
The Lakes | © Kristiffer Trolle/Flickr
One of the most popular spots for jogging in Copenhagen is The Lakes (Søerne). The three artificial, rectangular lakes that are located west of the city center are divided into fie basins and stretch 6.4 kilometres (4 miles). Those who start their route from Sortedams Sø will first pass by Dronning Louises Bro, the bridge that connects Nørrebro with the city center. After seeing the famous hangout for Copenhageners, run along Peblinge Sø (Student Lake) and end up at Sankt Jørgens Sø (Saint George’s Lake) whose southernmost point is the Tycho Brahe Planetarium.
More Info
Open In Google Maps
København N Copenhagen, 2200, Denmark

One of the largest and most scenic parks in Copenhagen is Frederiksberg Gardens. The English-style park consists of an area of 31.7 hectares (379,128.8 square yards) but in combination with the Søndermarken Park (The Southern Field), just a stone’s throw away, the total green area is 64 hectares (765,434 square yards). Frederiksberg Garden is a special park not only due to its beautiful gardens but also because it displays part of the Danish history through the baroque-style Frederiksberg Palace and other houses that date back in 18th and 19th century. 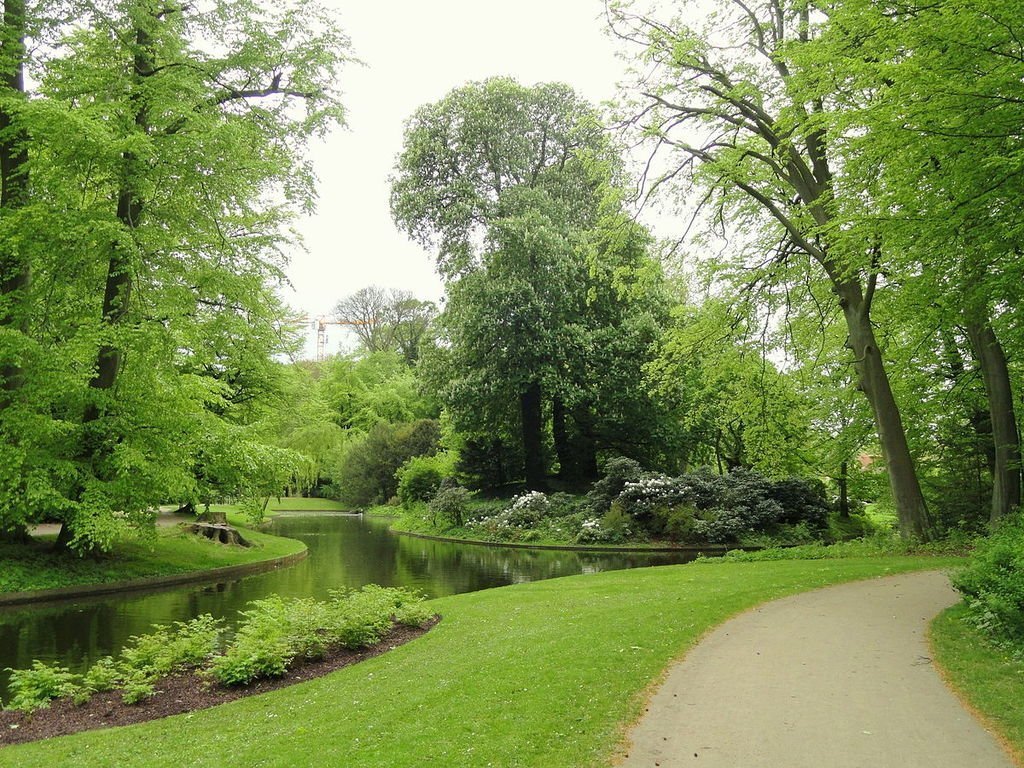 Bridge, Park
Amager Strandpark | © Janko Luin/Flickr
Those who are already familiar with the city’s parks and lakes and fancy a change of scene, Amagerstrand Park is the ideal place. Take the metro to Amager Strand station or bike there as it is only 5 kilometres (3.1 miles) from the city center. Various facilities for outdoor activities can be found there as well as course cycle and running paths. The artificial island stretches 4.6 kilometres (2.9 miles) in total. Start the route at Amager Strandvej, cross a small bridge called Øresundstien, and continue all along Amager Strand Stien.
More Info
Open In Google Maps
1 Amager Strand Promenaden, København S 2300, Denmark
Visit website

This running route is a bit outside the city, but the outstanding landscape will reward those who don’t mind going the extra mile. Jægersborg Dyrehave translates to Deer Park and as the name implies, it is a forest where more than 2,000 deer inhabit. It was included in the UNESCO World Heritage Site in 2015 and somewhere among the trees stands the world’s amusement park, Bakken. The whole area has walking paths ideal for a running workout and even though it’s one of locals favorite places for a walk or a run, it never feels crowded. Jægersborg Dyrehave covers 11 square kilometres (4.2 square miles) so it’s a good idea to check out the map in the entrance before planning a running route. 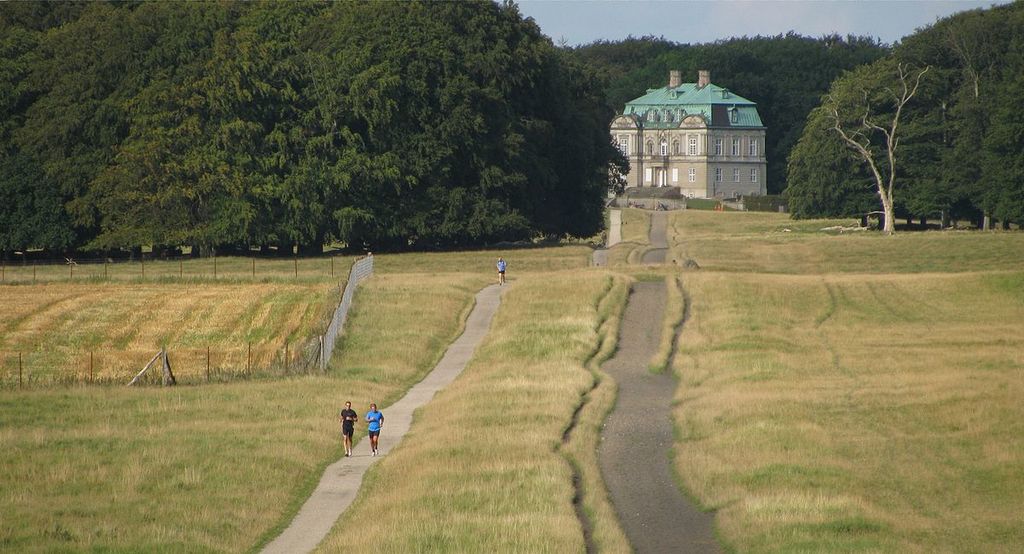 This running route goes through some of the city’s most significant and historic buildings. Start from the picturesque neighborhood of Nyhavn and see the city’s renowned old harbor, run across Toldbodgade and pass by the Amalienborg Palace. Soon after, enter the magnificent star fortress, Kastellet. For those who want to keep running can do so on the running paths along the perimeter. It’s a great chance to visit the Little Mermaid that stands by the waterfront. 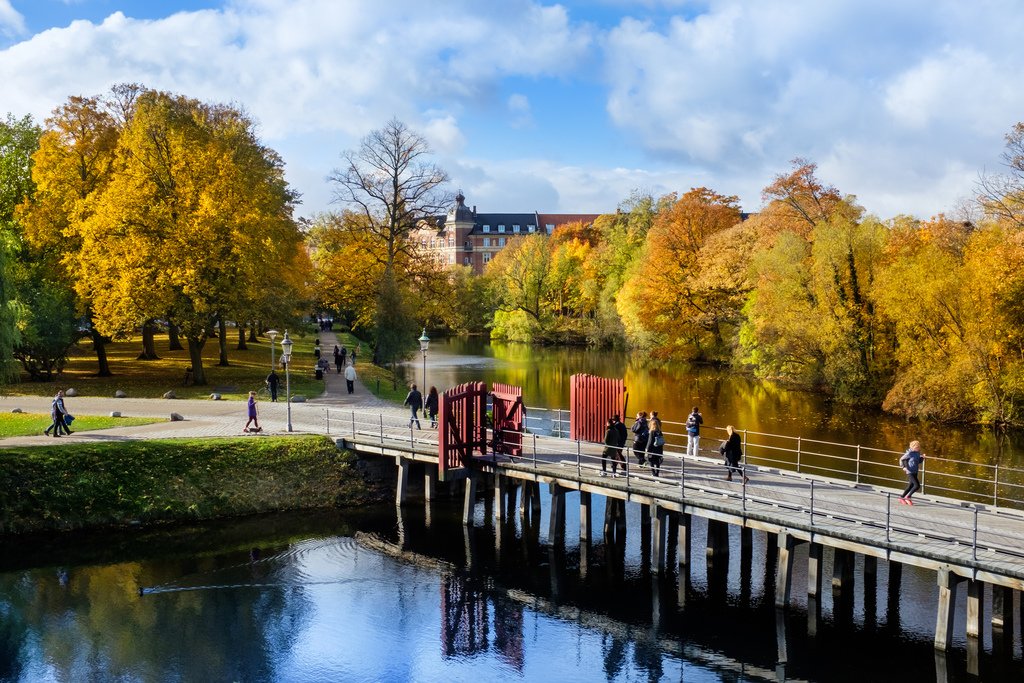 The King’s Garden, the Botanical Garden, and the Østre Anlæg Park are located in the city center and right by Nørreport Station. This makes it the ideal running route for those who want to combine sightseeing with jogging especially since these parks should be added to a traveller’s bucket list whether they jog or not. It’s also great for those who don’t wish to run for long. Start at the Østerport or Nørreport Station and choose the best route.

Running may be the last thing to come to mind when hearing about Freetown Christiania, but this is a great place for jogging. Even though it’s in the heart of the city center, it feels like it’s miles away. The hippie district stands in a total of 34 hectares (84 acres), and it is a great part of this area covered with trees and a great lake. After passing the district’s restaurants and cafés, there’s very different scenery ideal for a relaxed jog. It’s important to keep in mind that running isn’t allowed along the Pusher Street so be patient and wait until reaching Christiania’s lake. Moreover, Copenhagen’s Opera house is approximately 2 kilometres (1.2 miles) from the autonomous district. Follow the streets along Christianshavn canals (Refshalevej-Prinsessegade- Proviantbroen-Orlogsværftvej) and discover one of the most beautiful parts of the city while at the same time strengthening leg muscles. 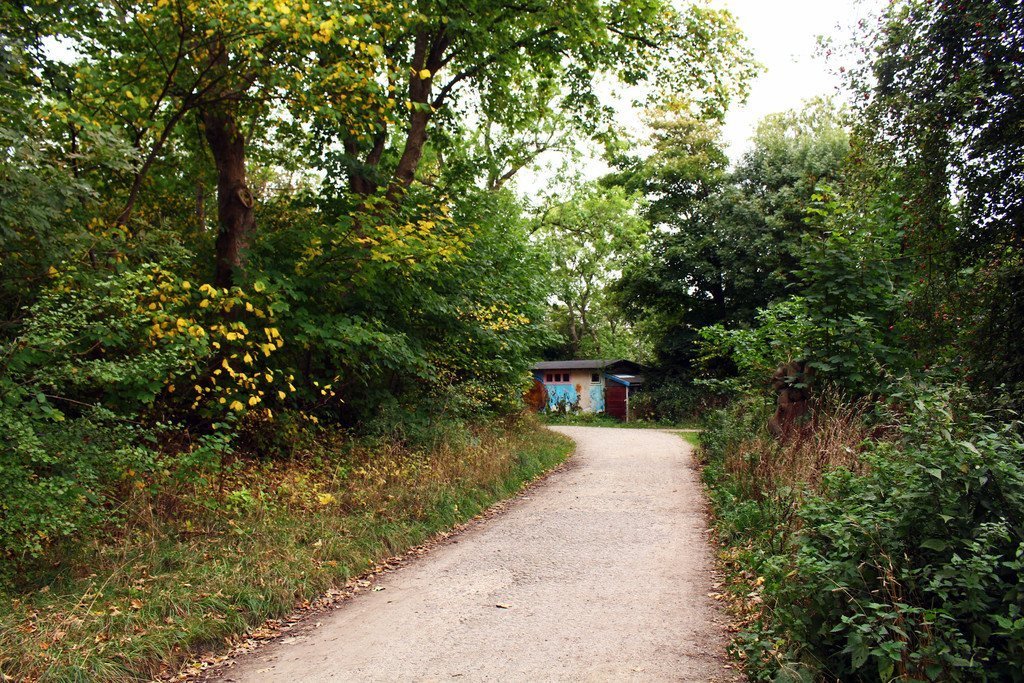 Stadium, Skate Park
Fælledparken | Public Domain/Wikimedia Commons
Fælledparken in another popular running spot in Copenhagen. It may not be as impressive as Frederiksberg Gardens, but it has many facilities and said to be the city’s most visited park. It has a 3.5-kilometre (3.7-mile) long by 6-meter (19.7-foot) wide path for running. Many locals choose it for their daily exercise, and one of the largest skate parks in Northern Europe is also located there.
More Info
Open In Google Maps
Edel Sauntes Allé, København Ø København, 2100, Denmark
+4533663366
Visit website