7 Copenhagen Fashion Brands You May Not Have Heard Of 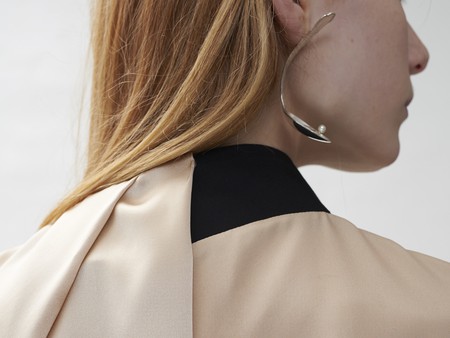 The Copenhagen fashion scene has been thriving for years, adding to the city’s reputation as one of the hippest places you can visit in Europe. And it’s all about local designers and individual style – Copenhagen Fashion Week has become almost as well known for the amazing street style showcased by the Danish audience as for the shows themselves. Great fashion shops are strewn all over the city, but don’t miss the fun in the Nørrebro district, where you’ll find vintage stores as well as large fashion brands. These are some of the most exciting design labels to look out for in the city. 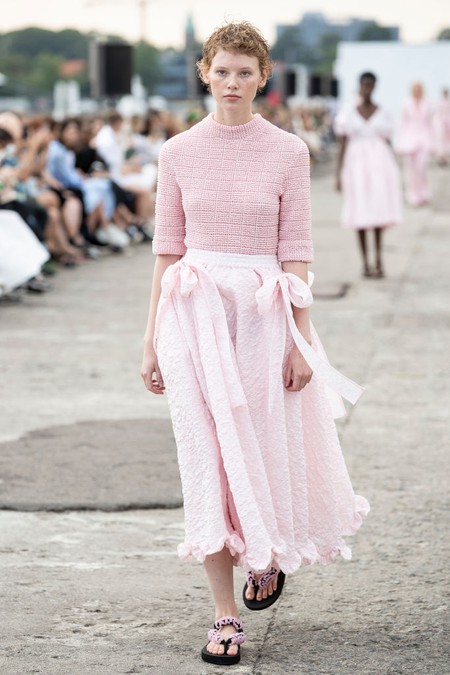 Cecilie Bahnsen’s signature style is a minimalist take on femininity that feels young, fresh and easy to wear. Her hand-designed, sculptural pieces often feature oversized frills and plenty of volume but can be styled with sneakers or flat sandals for an effortlessly cool look. Modern yet steeped in cultural references, Cecilie Bahnsen’s label is a great representative of Copenhagen’s fashion aesthetic. Expect unusual fabric and traditional craftsmanship from the brand, plus a lesson in how to go girly the Danish way.

Founded in 2014, HOSBJERG’s colourful, patterned designs have become a favourite with fashionable Danes as well as international Instagram influencers. The affordable fashion line has a sporty touch, influenced by founder Camilla Hosbjerg’s past as a professional badminton player, but comes with a side of playfulness and fun that appeals to its young clientele. Mix and match the many prints and finish the look off with one of HOSBJERG’s sheer blazers to create that ’90s, ‘Cher in Clueless’-vibe the brand does so well. 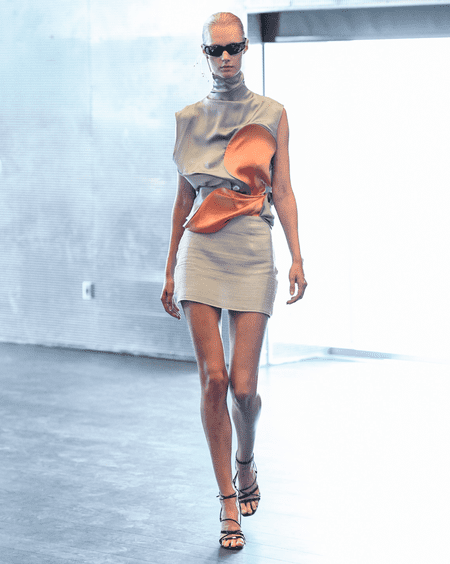 As Copenhagen Fashion Week becomes more globally recognised, so do its most esteemed designers. Freya Dalsjø is one such name – her label has become a permanent fixture on the event schedule since its inception in 2012. Favoured for her conceptual cuts, minimalist aesthetic and precision tailoring, she masters the tricky art of combining trends with timelessness. Named Designer of the Year at the Elle Style Awards in Copenhagen in 2015, Dalsjø has also shown her work at the National Museum of Denmark, the Designmuseum Danmark and Salone del Mobile, Milan, in collaboration with the Danish Arts Foundation. 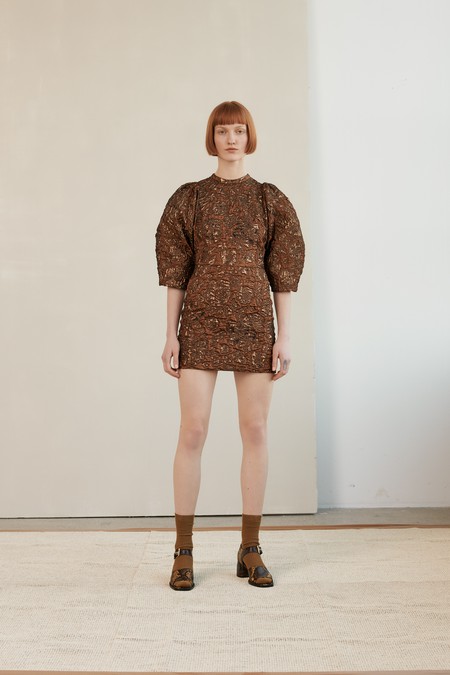 Despite being established back in 1993 and staying true to its identity over the years, it’s only recently that Samsøe & Samsøe has garnered itself a fashion-forward international following. Prices are accessible, and the brand now has stores not just in Denmark but all over Europe, including in London’s Soho. Samsøe & Samsøe’s designs vary from dressier fashion pieces to more casual, Copenhagen street-style-influenced clothes, and appeal to a wide audience. 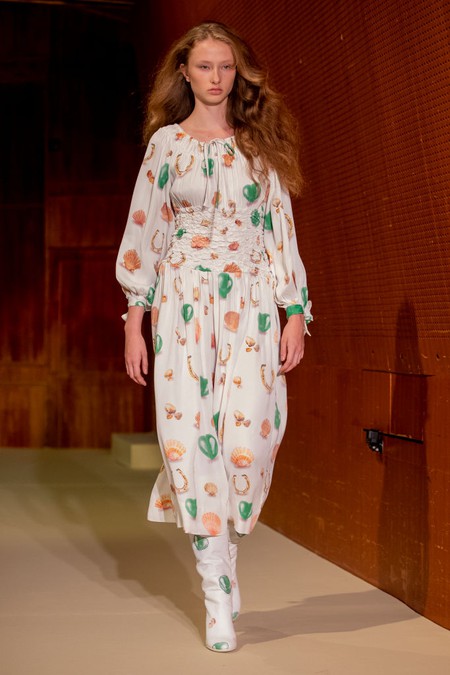 Saks Potts became known for its fur-trimmed coats, but it has plenty of other ready-to-wear to offer | © Yuliya Christensen / Getty Images

Fur-trimmed outerwear is Saks Potts’ main focus, and the look is a confident one. Retro silhouettes, pastel shades and statement design details work together to make light of cold-weather dressing. Since its first runway presentation during Copenhagen Fashion Week spring/summer 2016, it has gone beyond the realms of local fame and shown on the New York Fashion Week schedule. As a result, it showcases to a wider audience and is available for purchase on Farfetch and Mytheresa.com, among others. 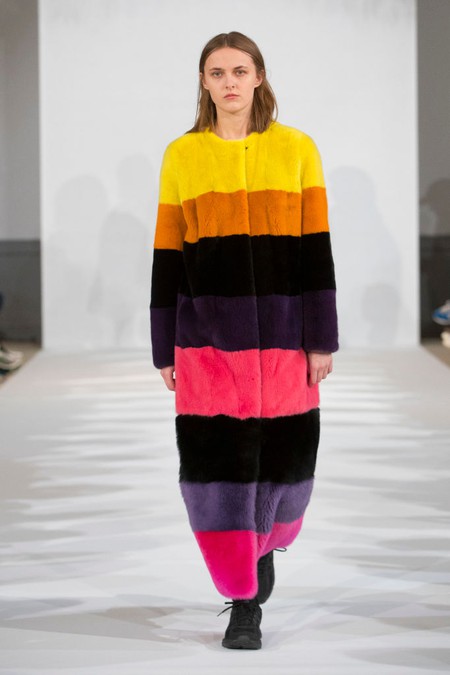 Anne Vest takes an innovative approach when working with fur, and each season she presents a trend-focussed collection of oversized coats and tote bags made from shearling, as well as knitwear and cotton basics adorned with playful pompoms. Epitomising effortless contemporary style, her pieces are often spotted on the backs of some of Fashion Week’s most prestigious street-style stars, including influencer Vanessa Hong from The Haute Pursuit and fashion consultant Loulou De Saison. 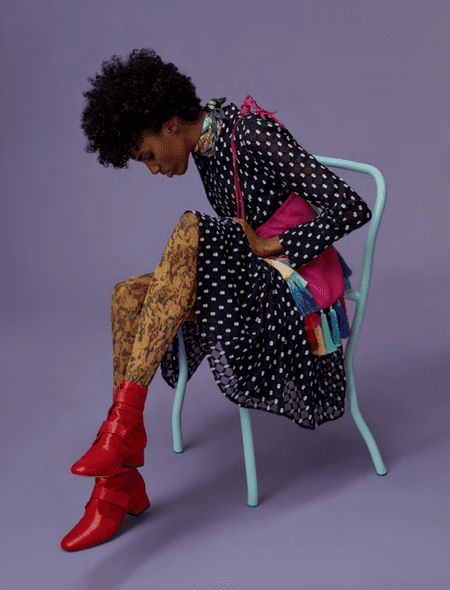 Stine Goya uses her namesake label as a way of expressing her love of art, colour and print, and her designs capture the playful side of Danish fashion. Textured fabrics feature throughout the collection, but there’s something dreamlike about the occasion wear, with its glitter threads and sequin embellishments. Daytime attire places focus on silhouette, and while the brand is traditionally loved for its floral dresses, recent seasons have seen a strong focus placed on tailoring.

This is an updated version of a story originally created by Sarah Leigh Bannerman.