Science Enthusiasts Will Love This Rooftop in Copenhagen 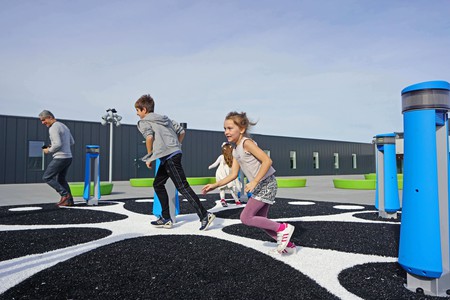 The Experimentarium is a must-visit if you’re traveling to Copenhagen with kids. Young, aspiring scientists will learn everything they are curious about through interactive exhibitions and games, as ‘everything is designed to be touched at Experimentarium.’ And the people behind the science center, that opened its doors for the first time in 1991, really do mean it.

Even though the Experimentarium was already cool enough, it underwent renovation and reopened in January 2017, with a doubled exhibition space, which now features 16 interactive exhibitions focusing on science and technology. Moreover, a curving, copper-clad Helix staircase, inspired by our DNA’s form and designed by CEBRA architects, is now decorating the space, adding a unique – and very scientific – touch to the already impressive building. 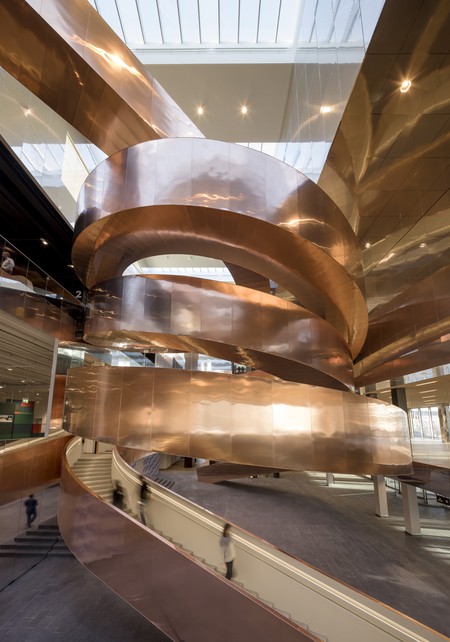 Based on their interests, children can travel through the Tunnel of Senses, hunt their shadows in the Labyrinth of Light, or take part in an interactive film theater. They can also explore the world of micro-organisms, get a glimpse into life underwater, or learn about energy and carbon footprint. However, there’s one exhibition that every kid loves: the Interactive Rooftop Terrace. Here, children from six years old and up can play with interactive equipment that combines exercise with technology, mathematics, and music. 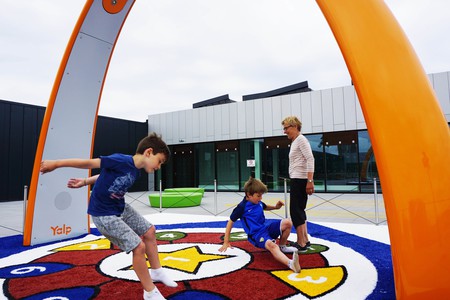 At Sona, for example, practice their dancing and math skills at the same time, with the pressure-sensitive floor being the judge. The goal is to move by following math calculations and jump codes. At Memo, an interactive platform for a game of intelligent tag, mental challenges and exercise are combined, offering plenty of fun to both young and old. Those who dream of creating their own world, and their favorite game at home is building bricks, will be thrilled to discover that on the rooftop they can actually make one – or more – buildings, by using a crane to lift large, soft, foam-rubber bricks. 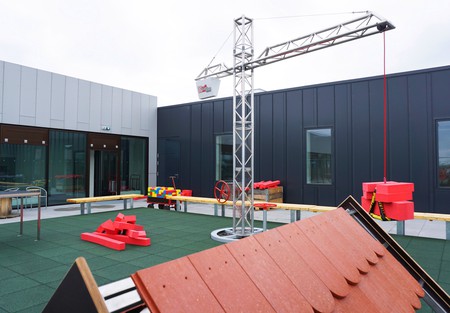 More games will be added to Copenhagen’s new, colorful Experimentarium rooftop, so if you’re visiting the city make sure to check them out. The museum is open on Mondays, Tuesdays, Wednesdays and Fridays from 9:30AM to 5PM, on Thursdays from 9:30AM to 8PM, and on the weekends from 10AM to 5PM. 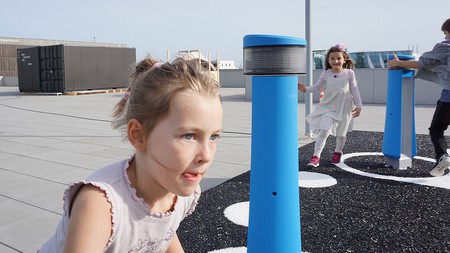 Interactive rooftop | Courtesy of Experimentarium |©Anders Bruun
Give us feedback