Reffen: The Copenhagen Street Food Market You Should Visit 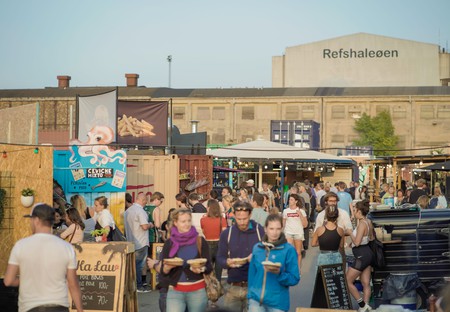 When the news broke that PapirØen street-food market would close its doors at the end of 2017, the city’s foodies were bummed out. What they didn’t know was that Jesper Møller, the founder of PapirØen, and his team were already in the process of creating a new place filled with gastronomic and cultural experiences.

Reffen, Copenhagen’s new street-food market, opened its doors for the first time in May 2018. Set in a 10,000-square-metre area, the popular food market is situated at Refshaleøen, the city’s new hip district. Hosting live concerts, flea markets, workshops and 54 food stalls with flavours from different corners of the world, Reffen has everything Copenhageners could ask for.

Throughout the summer, thousands of people stopped by Reffen for a quick bite, with numbers rising to 150,000 in July alone. As Reffen’s popularity continues to grow, it becomes more and more evident that the city’s new urban playground, as its founders named it, is a success among locals.

So, what makes Reffen so special? Culture Trip spoke with Jesper Møller, one of the founders of Reffen, and this is what he had to say. 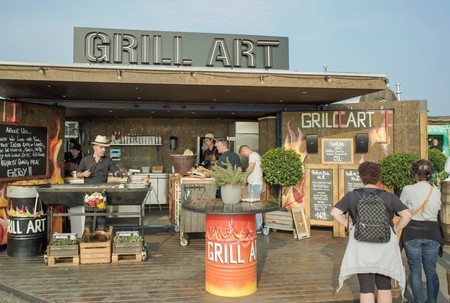 There are 54 food stalls at Reffen | © Reffen

Culture Trip: There are currently 54 food stalls at Reffen and most of them are inspired by the international cuisine. What made you want to create a multicultural street-food market in Copenhagen?

Jesper Møller: When we opened Copenhagen Street Food Paper Island (PapirØen), one of our visions was to give the harbour back to the people and give them an informal place to hang out. This is still a part of the vision for Reffen. A part of the vision is also that we include everyone. At Reffen, everyone is welcome to participate in the atmosphere with their presence and at the moment we have more than 17 nationalities working at Reffen. One of our mantras is ‘If you want everything for yourself, you’ll never get enough. If you share, you’ll get more than enough’. This is a huge part of Reffen’s DNA.

CT: You’ve stated that ‘the stallholders have been carefully selected based on their skills, quality and concept’. Could you name a couple of them that caught your attention from the very first encounter?

JM: Dhaba Street Food because of its fresh homemade naan bread in its tandoori oven. Thrilla In Manilla for its originality. Holy Pita for its so tasty falafels and a partnership between Palestine and Israel and Grillfisken for the beauty of a simple meal – a whole fresh grilled mackerel. 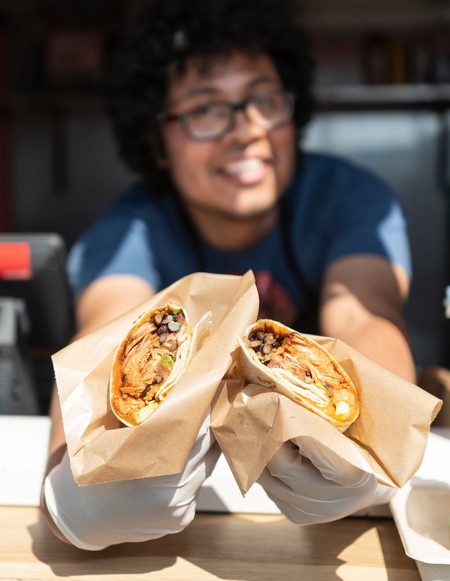 Around 20 nationalities work at Reffen | © Martin Kaufmann / Courtesy of Reffen

CT: In your own opinion, what are the characteristics that have made Reffen so popular among locals and tourists?

JM: We are creating a community in an otherwise empty area, the good neighbourliness, entrepreneurship and co-creation of the identity of Copenhagen.

CT: Aside from the food, why would you suggest that people visit Reffen?

JM: The energy at Reffen is unique. Here, our guests meet entrepreneurs in the stallholders, experience their passion and see the fire in their eyes. Also, many of our guests get the same atmosphere here like the one you meet at festivals: freedom and happiness where strangers smile at each other when their eyes meet and where there’s always something new to experience.

CT: What should we expect to see from Reffen in the future?

JM: Our dream is to be the first street-food market with our own supply of organic greens for our stallholders. At the moment we’re running the concept as a pilot project and we aim to have it up and running next year. 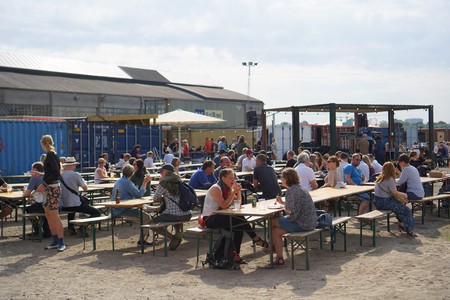