How This Rock Singer is Helping Danish Scientists 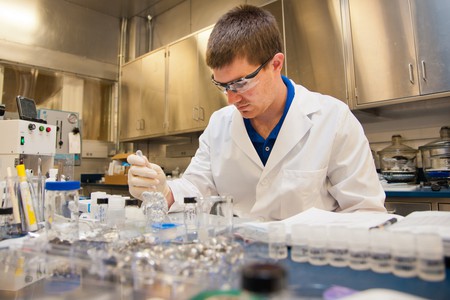 Steven Ludwin never thought that his love for snakes and his interest in discovering the beneficial side of reptiles’ venom would help a team of Danish scientists at the University of Copenhagen to develop antivenom.

The thought of coming close to a snake venomous or not gives most people goosebumps, not only because there is a high chance of getting bitten but also because—let’s admit it—snakes aren’t the cutest animals in the world. There are some people, though, who choose to have a snake as a pet, maybe because they’re impressed by their wild beauty or, who knows, maybe they can’t stand the pet hair dogs and cats leave.

Steve Ludwin, a rock singer from the U.S. falls into the second category, only instead of having one snake, he has 18. Ludwin was fascinated by animals, particularly reptiles, since he was a child and he got his first boa constrictor when he was 10. He hadn’t even finished school when he met Bill Haast, a guy that was injecting himself with snake venom and who was claiming that due to this habit, he had built a strong immune system. For a child who was already intrigued by the nature’s untamed reptiles, that was a powerful story that would never be forgotten. 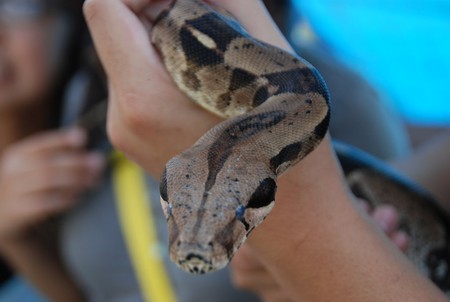 Some years later Ludwin decided to do the same, and by using 0.5-milliliter syringes, he did his first injection with venom from a green tree viper. On that day, he didn’t imagine that 30 years later he would become a “case study” for a group of scientists of the University of Copenhagen, who are now using Ludwin’s DNA as part of a research that they hope will help them develop antivenom.

When Ludwin was contacted by the researchers who had discovered him via a YouTube video, he grabbed a plane to Copenhagen, willing to help in their research. However, collecting a satisfactory sample of his B-cells (the cells responsible for secreting antibodies) wasn’t an easy process and just taking his blood samples wasn’t enough. They had to collect his bone marrow. After this painful procedure, the scientists were able to collect his B-cells and isolate his DNA and RNA.

“By working with Steve we got access to a unique opportunity, because through him (or his DNA/RNA) we have the possibility to obtain human antibodies specifically targeting the snake toxins that Steve has used,” points out Brian Lohse, the leader of the Anti-venom Venture research project and associate professor in chemistry and molecular biology at the University of Copenhagen. 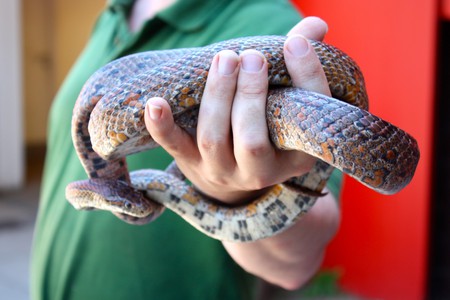 Even though in an interview for The Guardian Ludwin says that his favorite “energy boost drink” makes him feel like 23-years-old, which is half of his age and the reason he hasn’t flew for more than 10 years, Lohse doesn’t share his enthusiasm. In fact, he claims that it is almost a miracle he has survived so long and these almost daily injections can cause liver and bone damage, or even worse, lead to death.

This argument is not far from reality as Ludwin himself revealed that once he almost reached the final exit when he overdosed with a cocktail of venom collected by three different snakes. He now acknowledges it was a stupid thing to do that almost cost him his life and by luck or even due to the fact he was injecting himself for so many years, he didn’t lose his left hand.