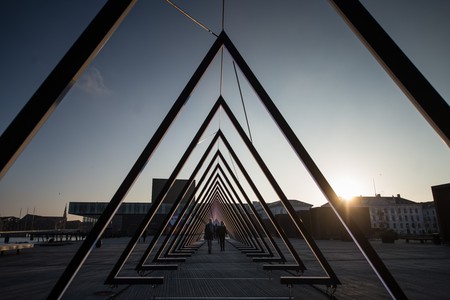 The Wave in the morning | © Vertigo

Last year during Frost Festival in Copenhagen, the Wave, an interactive light installation, was set at Ofelia Plads for the first time. In just the first few days, the installation attracted thousands of visitors, and Instagram flooded with photos of Copenhagen’s glowing triangles.

From February 4 to March 25th, Copenhageners of all ages and styles, tourists, bloggers and Instagrammers visited the Wave for the second year in a row at Ofelia Plads and made sure to post at least one image of the sparkling triangles on social media.

The 80-meter lighting installation, set at the harbor front in Copenhagen for the first time in February 2017 as part of Frost Festival, gained Danes’ attention from the very first moment. No wonder why. The Wave not only is aesthetically beautiful but interacts with its visitors, making them part of the artistic co-creation. For more than a month, Ofelia Plads became the city’s hotspot, attracting a wide audience of modern art-lovers and curious Copenhageners who dropped by to take a walk under the 3.6-meter tall triangular gates and observe how their movements affect the lighting and sound of the installation. 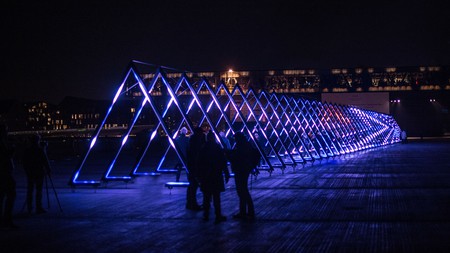 Award-winning composer Peter Albrechtsen, the metal band Solbrud, the experimental sound collective We like We and hip-hop producer Rune Rask aka Suspekt joined forces and created a unique soundscape that fits with both the installation and the surroundings. Whenever movement is detected, the 40 interactive triangles glow and the air of Ofelia Plads is filled with the tunes of the magical sound composition. 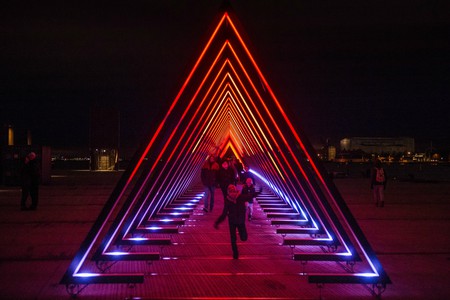 Vertigo, the people behind the Wave and the installation that took Instagram by storm, strove to create an art piece that would make all visitors part of the co-creation of the artistic experience. From what we can tell, they certainly achieved their goal. Moreover, as February is one of the darkest months in Denmark, the Wave’s luminous triangles were an oasis for locals who, during this time of the year, struggle to beat the winter’s blues. 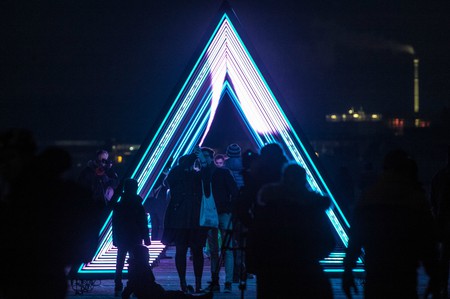 Seeing the response the Wave had, the organizers of Frost Festival decided to bring it back for the second year and we won’t be surprised if we’ll see its lights glowing on Ofelia Plads’ wooden stages again in 2019. 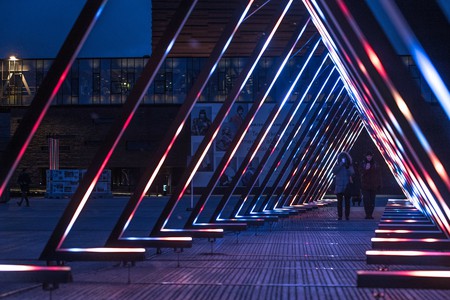 Walking under The Wave | © Vertigo

Being visible from The Opera House, Papirøen and the inner harbor bridge, the mesmerizing lighted triangles look as impressive from up close as from a distance, adding a dreamy touch to the city’s new cultural square.