Floatable Student Housing Will Be Built on Copenhagen Canals 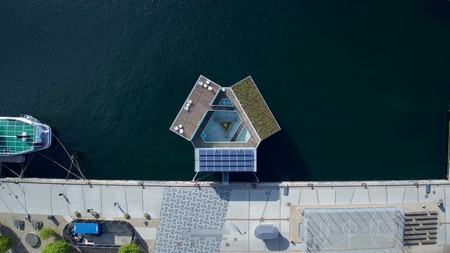 You will soon be able to live right by the water as floating student housing are currently being built on Copenhagen canals. With their new project URBAN RIGGER, BIG, the world-renowned architecture company is planning to fill canals in cities all over the world

Every year in September thousands of students move to Copenhagen from all around the world and other Danish cities in order to enroll in the city’s prestigious universities.

But as there is a lack of homes to rent in the city, house-hunting can last for months. In fact, there aren’t enough student residences in any Danish city. According to the Danish Construction and Housing Ministry, out of the 64,000 new students that come to Denmark annually, 24,000 are left without residence. Moreover, considering that population is growing and urbanization keeps increasing year by year, the Danish Construction Association estimates that by the next two years 130,000 more homes should be built. 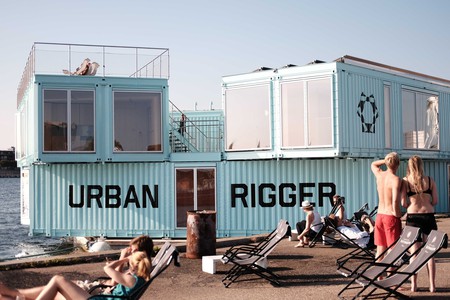 But Copenhagen isn’t the only city that is facing this problem. Most universities across Europe are located in big cities, where finding empty land for new constructions is a real challenge. To tackle the issue, Kim Loudrup came up with a new idea in 2013: to create floating student residences in cities all over the world that are surrounded by water and have miles of unused quay. 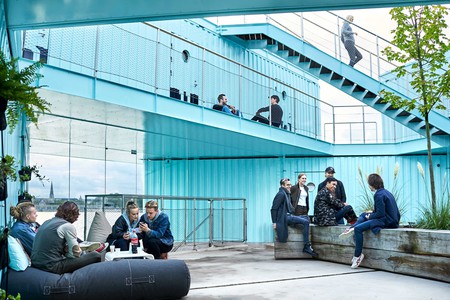 In 2016 the first full-scale URBAN RIGGER was delivered to the capital of Denmark, ready to welcome the first residents.

The 12 rooms that comprise the first URBAN RIGGER residence are of 247–290 square feet (23–27 square metres) and are built with recycled and sustainable materials. The arctic-blue-coloured building that floats at Kalvebod Brygge quay is 7,319 square feet (680 square metres) in total, featuring a 1,722-square-foot (160-square-metre) common green courtyard, a BBQ area as well as a 699-square-foot (65-square-metre) communal roof terrace. A kayak landing and a bathing platform couldn’t, of course, be missing from the floatable containers. The rent for ranges from 4,000DKK (£480) to 6,000DKK (£720) a month. 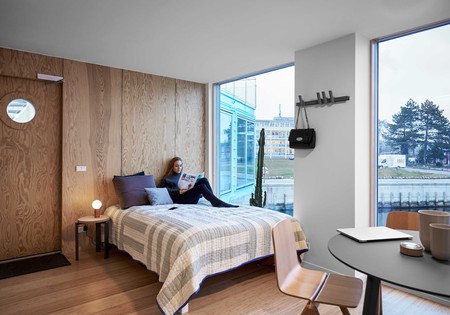 Unfortunately, that’s the only floating housing residence the architecture company has received permission to build in Copenhagen.

According to Uniavisen, Loudrup has stated they have already sold 288 floating student residences in Gothenburg and 70 rigs, corresponding to 840 homes in France, while ‘Copenhagen appears to be sitting on the fence a little.’

‘We would really like Copenhagen to wake up and start seeing the possibilities here. We have offered the municipality 1,200 student residences without it costing them a cent. They just have to release the permits and the berths for pontoons. There are 42 kilometres of quay space in Copenhagen, so this should be possible,’ Urban Rigger’s CEO added. 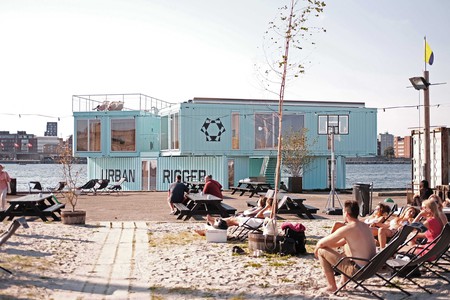