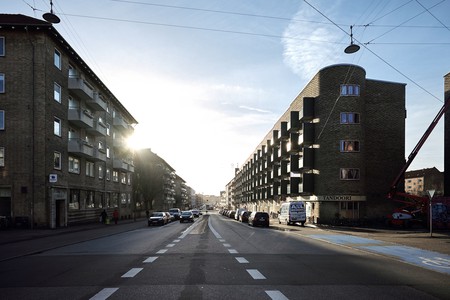 Nørrebro, Vesterbro and the Meatpacking District usually occupy the lists of must-visit neighborhoods when traveling to Copenhagen. Not without reason; they brim with cafés, restaurants and secondhand shops. However, those who want to gain an insight into the city’s authentic side, should look out for Nordvest, Copenhagen’s upcoming area.

Nordvest lies right next to Nørrebro, so getting there from the city center doesn’t take long. Grab the 350S or 6A bus from Nørreport Station and in about 30 minutes you’ll be exploring one of Copenhagen’s lesser-known neighborhoods. If you don’t mind walking a bit, get off at the Nørrebro train station and walk along Frederiksborgvej. Don’t expect to see Nyhavn’s colorful houses and fancy restaurants; instead expect to find neighborhood haunts, graffiti-painted walls and smoky watering holes.

What to see and do in Nordvest

Stroll around the area’s alleys and get a taste of life in Copenhagen. Fashionistas should definitely make a stop at YouHeShe boutique and rummage its great clothing and accessories collection.

Another local favorite is Bispebjerg Cemetery. This huge park is ideal for biking, running and relaxing. In the spring, when the Japanese cherry trees blossom, it becomes a top destination for Instagrammers. Check out #bispebjergkirkegård to get an idea.

About 30 minutes walk from there lies Utterslev Mose: 200 hectares (495 acres) of nature, with reed beds and three lakes. The area was converted into a nature park in 1943 and transformed in such a way that wild birds could build their nests here. It’s a great choice for introverts who want to avoid touristic places and, even though it lies only 30 minutes from the city center, it feels like you’re in the peaceful countryside. 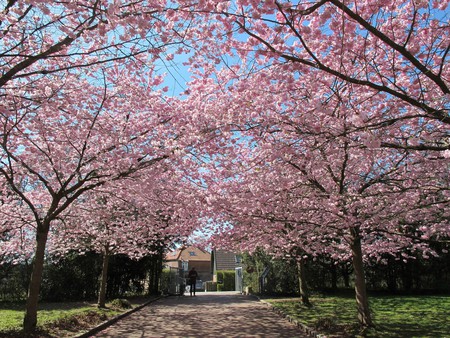 TribecaNV, a New York-style restaurant with Italian cuisine, brought a new air to the neighborhood back in 2007 when it opened its doors for the first time. Savor its organic delicacies and, if you’re in the area on a warm, sunny day, make sure to hang out on the cozy terrace. If you feel more like grabbing a quick bite, Zorro Pizza is the place to go. Even though its called Zorro Pizza, and it actually makes pizza, it’s the juicy and hearty burgers that have made this spot a favorite among locals. Keep in mind though, it is a takeaway joint only without seating.

For a delicious cup of coffee make a stop at Cafe Sirius. Located on a small square surrounded by houses, this quaint café has a friendly atmosphere while its outdoor tables are usually packed with locals who stop by for a quick drink.

Finally, for an evening beer, look out for Fluesmækkeren Pub. It has a cozy backyard and no matter what time of day you pass by, you’ll probably see locals inside practicing their skills at billiards. 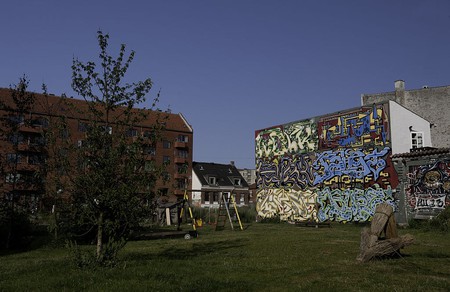 Start your night out with a beer at Fovl. This stylish café and bar offers a relaxed atmosphere and is a great place for early drinks. Make sure to head there early, as it closes at 10pm on weekdays and at midnight on Fridays and Saturdays.

Just a few minutes walk from Nørrebro Station, on the border of Nørrebro and Nordvest, stands Lygtens Kro, a traditional restaurant and café that serves local delicacies and dishes inspired by German cuisine. At night the restaurant transforms into a bar with bands hitting the stage, while some nights karaoke takes place, bringing together the city’s aspiring singers. In the summertime, its inviting yard, with wooden tables and colorful lamps, is packed with locals who want a cold beer with a side of rock, blues or punk tunes.

For an usual night out head to Ungdomshuset, the famous communal house in the heart of Nordvest, where live concerts, screenings and other events take place, attracting the city’s creative and underground crowd. 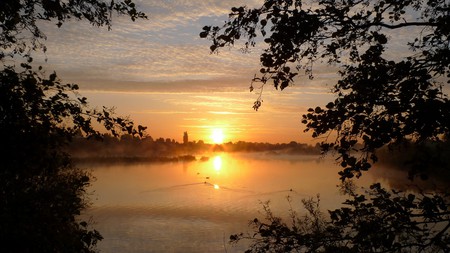 Sunrise over Utterslev Mose | © Kristoffer Trolle / Flickr
Give us feedback