Copenhagen Wants You to Take the Elderly on Bike Rides 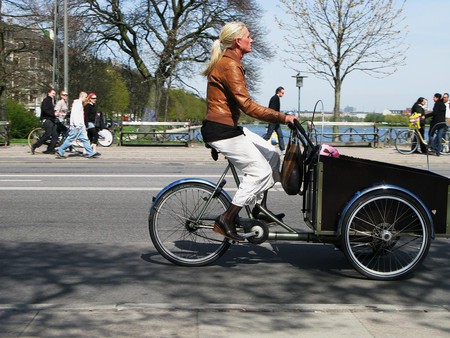 Biking is much more than a mean of transportation for Danes. Well aware that cycling is a big part of locals’ culture and lives as they use it from an early age, Ole Kassow decided in 2012 that this habit shouldn’t be taken away from the elderly just because time has affected their physical ability; so, he rented a trishaw and took the first senior for a bike ride.

The Story Behind Cycling Without Age

Everything started in Copenhagen because the cycling route Kassow had to follow daily was by a nursing home. There, he met the 97-year-old Thorkild Thim who used to sit on a bench and greet him as he was passing by. Kassow decided to not waste any time: he asked the nursing home’s permission to take his new friend on a ride with a rental trishaw. The answer was positive, and Kassow’s ‘mission’ to take the 97-year old man to the city’s beautiful places and his old neighborhood began. During the ride, they passed by Rosenborg Castle and as it turned out, Thorkild was very familiar with the place because he used to be a royal guard back in the 1930s. The first attempt to bring a senior back to his community and hangouts was successful. 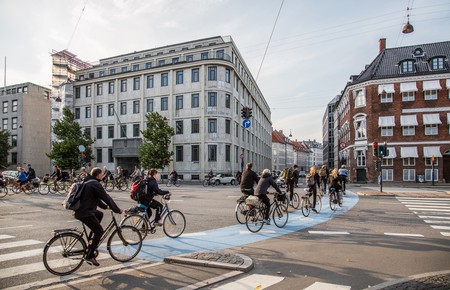 That ride became the reason that the Cycling Without Age was created. Nowadays, it has 8,000 volunteers in 29 countries all over the globe including Singapore, Iceland, France, Brazil, and Australia. According to volunteers, the ride is a great experience not only for the seniors but for the pilots too. They discover hidden corners of their city they otherwise wouldn’t visit, learn many intriguing stories from their passengers’ lives, and the history of different areas. 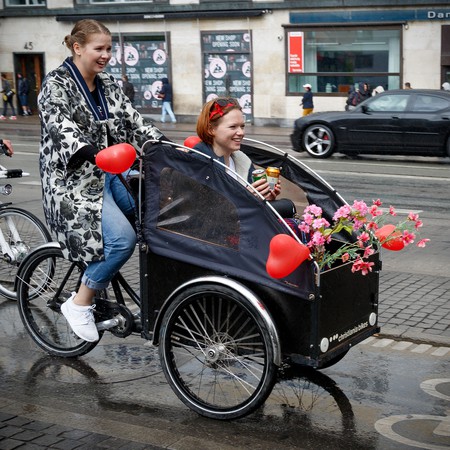 Their motto is “The Right To Wind In Your Hair” and they do their best to follow it. Distance and time aren’t a barrier for Cycling Without Age members. In 2014 and 2015, they arranged two long rides from one country to another that lasted four and five days respectively. During the first trip—from Odense (Denmark) to Hamburg (Germany)—15 pilots drove 20 elderly passengers for 300 kilometers; the second, between Rønde (Denmark) and Arendal (Norway), had 17 passengers and 20 pilots. During these journeys, both the pilots and the seniors saw stunning landscapes and enjoyed nature’s fresh air.

The team’s dream is that through these bike rides, they will provide elderly citizens with an opportunity to remain an active part of society and the local community as well as build bridges between generations reinforcing trust, respect, and the social glue in our society. 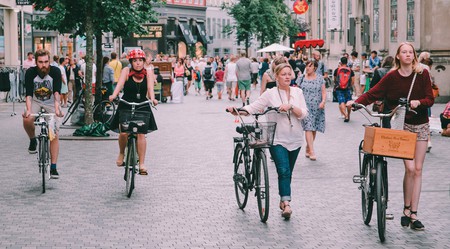 street | © Jae C./Flickr
Give us feedback