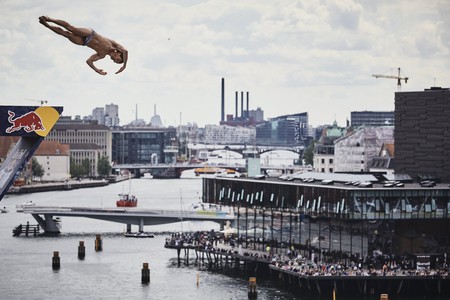 After two years, the Red Bull Cliff Diving World Series returns back north. The fifth stop of this season’s competition will take place at one of Copenhagen’s most impressive buildings.

On the 25th of August the city’s harbour is expected to be packed with large crowds of both locals and tourists who will gather to watch some of the world’s best male divers taking fearless leaps of faith from a platform set at the top of the Opera House, no less than 88 feet (27 metres) above sea level.

After nine years and 31 different locations in 25 countries across the globe, the Red Bull Cliff Diving World Series chose one of the most beautiful places in Copenhagen for the 70th-anniversary competition. The Opera House’s unique design along with Amalienborg Palace and Frederik’s church in the background create a fitting scenery depictive of Scandinavia’s beauty that is bound to amaze. 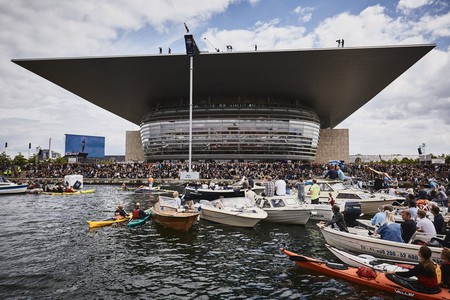 The Danish capital has hosted the Red Bull Cliff Diving World Series already three times in the past, in 2013, 2015 and 2016, and those who were lucky enough to attend the previous events know that it’s a spectacle not to be missed. Gary Hunt’s jaw-dropping dive the last time Denmark hosted the Series, left the 40,000 viewers breathless and ultimately granted him first place. Hunt will return in Copenhagen for the competition’s 10th anniversary, along with 10 more elite athletes including Jonathan Paredes Bernal from Mexico and Andy Jones from the US who ranked second and third, respectively, in 2016. 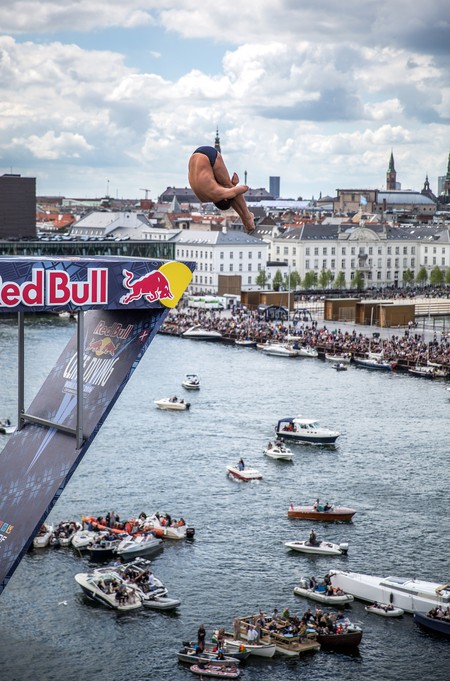 There is no admission fee to the event and spectators can choose a spot on the water or underneath the Opera’s roof to watch the divers’ amazing performances as their bodies hit the water with an astonishing speed of up to 85 kilometres. The 14 divers will start climbing the Red Bull platform at 1pm UTC+02 and for those not fortunate enough to be there, the event will be broadcasted live on Red Bull TV. 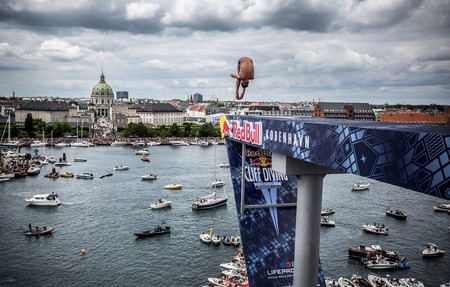