In Conversation: Is Copenhagen As LGBTQ-Friendly as the Studies Suggest? 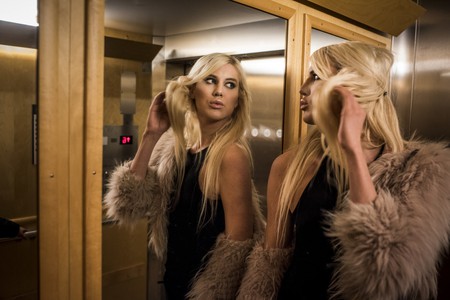 We talked with Ivy September Rosenauer, a transgender activist and model who is fighting for her community’s rights in Copenhagen. She uses her voice to change the way society perceives gender and to show her experience living in the so-called world’s happiest nation.

Some people know you for being a transgender activist, some as a model, others as a DJ and many heard about you through the Swedish documentary reality show “Tjejer Som Oss.” Could you please introduce yourself and tell us who Ivy September is?

I’ve always had extremely big dreams and hopes and no matter all the traumatizing experiences I’ve been through I’ve always kept fighting. I would call myself a driven businesswoman and I work really hard for the things I do. I’m self-made in every aspect and I’m trying to create awareness in everything I do. I’m currently working on my first EP and promoting my first single, “Kill The Norm,” which will have an empowering message for my community and a “fuck you” to the gender normative society we live in. I would describe myself as an artist by heart. I like to see the different colors of life in my own spiritual way. I’m an eternal fighter. Sometimes I feel like I had to go through all the experiences I have been through in order to be able to be my community’s voice and stand up for the people who don’t dare to stand up for themselves.

You lived in London for some years and then you decided to move to Copenhagen. What made you make this decision?

London is one of the most amazing cities with so many opportunities and a wider range of acceptance for alternative living. I was very young at the time and London helped to get the confidence to explore myself but I felt I needed a more quiet place to find myself so that’s why I decided to move to Copenhagen. 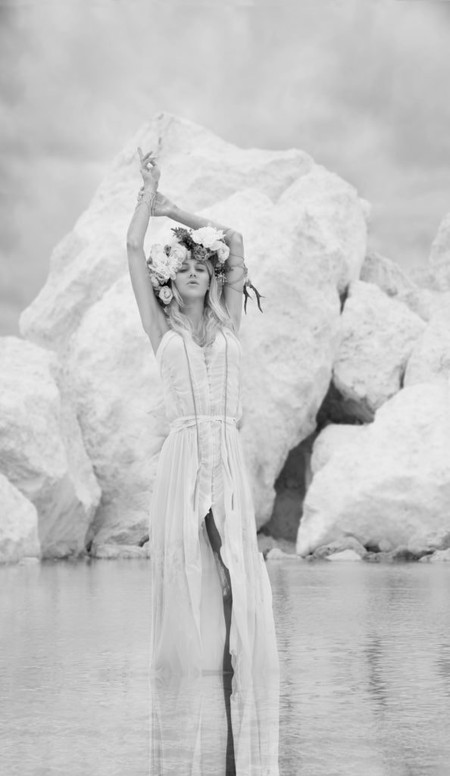 Denmark is the first country that removed transgenderism from its list of mental illnesses and Copenhagen is known as one of the most LGBTQ friendly cities. From your personal experience, is the Danish society as open-minded as it is presented in the media?

They have changed it to handicap instead, so the government can still provide free healthcare in terms of transitioning. I was a transgender woman in Copenhagen and I’m still targeted and get looks and questions on a daily basis. When it comes to acceptance and equal right in all forms, Denmark is still in the starting phase of highlighting my community. We have a Sexologisk Klinik which is provided by the government for helping those who want to transition. But I believe there is a lack of knowledge on the subject and on the many different ways there are for being trans. There is still a lot to learn. I would love to see some transgender people in these positions.

Aside from the fact that the Danish laws protect LGBTQ rights, would you say that Danes are accepting and open-minded to the LGBTQ community?

Speaking from my own experience I’ve been met with a lot of discrimination in Denmark and other countries in the world and still do and I know that everyone in my community has gone through the same problems; both in terms of jobs and social acceptance. I feel like it’s easy to have rights but people have to be properly educated from an early age in order to be able to understand everyone’s rights. That’s how we’ll change the normative society we live in as I’m trying with this interview with you. We are not met in any way with the same rights as cis-gendered persons in Denmark or any other place in the world yet. There is still a long way to go and we have just started to understand these issues. 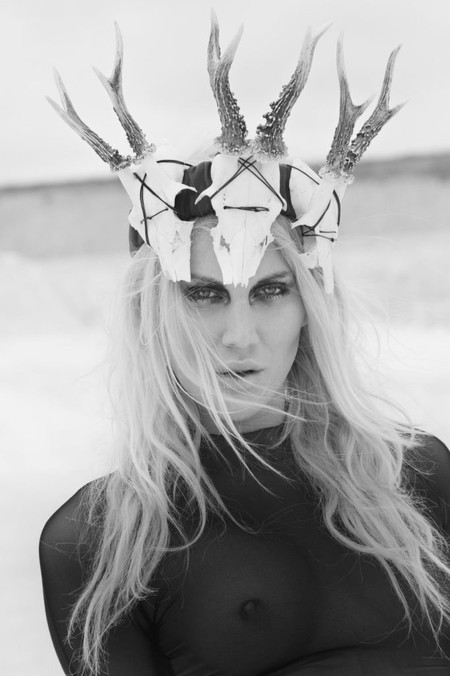 You came out when you were 24. What is one key piece of advice you would give to anyone who’s trying to find the courage to come out?

I came out because I had no choice. The life I lived as the person before didn’t have much value as I was constantly judged and discriminated by the society around me. I was being bullied into thinking that feeling feminine comes with being a woman only. Why couldn’t I be allowed to be as feminine as masculine and accepted for expressing that in a way that felt right at that particular moment? My advice for anyone to take any step of change of themselves is to try to ask yourself this question: have I really given myself a chance or am I letting myself get influenced by what society has painted up as the only two gender roles of living? I believe we are fluid so I advise you to let yourself experience your body and don’t listen to anyone, but only to what your soul is feeling. If that is being a woman with a dick, then so be it. It’s not wrong; it is the people not being able to look beyond their own experiences who have a lot to learn. I can’t understand why it can’t be seen as a beautiful and unique thing to be born with so many perspectives and knowledge. For me it just feels natural and beautiful. We are unique and the future is ours.

You started modeling before the transition. How did your experience in the fashion industry change after your transition?

I would never call myself a top model in any form but more like a persona, an artist-activist, a person that dares to put a face on change. From what I have experienced, the fashion industry is a beautiful and creative industry open to diversity. With that said, I do feel that being an androgynous model was a much more exciting concept for this particular industry except now I get hired as a trans person. 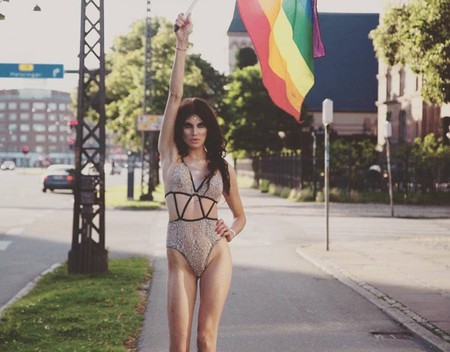 In the short film “IVY” you say that maybe you should have waited before doing the sex reassignment surgery. What do you think made you rush into it?

I rushed into this decision for love, for a relationship which today I see was abusive and also because I have been bullied for the greatest part of my life. Since I was five years-old I had been thinking I was wrong and not good enough. Feeling I wasn’t good enough. This was my way to get acceptance from him; to make him be sexually attracted to my body. Also, I believed that this was the only way to be viewed as a woman from society. That together with society’s and people’s general judgmental perception of what a “real” woman is and which body she has made this decision. We need to accept the fact that times are now changing and women and men no longer come in one form but in so many different forms.

Do you believe that transgenderism is less of a taboo than it was some years ago in countries outside Scandinavia?

I believe that more focus has been put on the fact that transgenderism exists, but when it comes to our equal rights and acceptance, there is massive amount of education to be done. 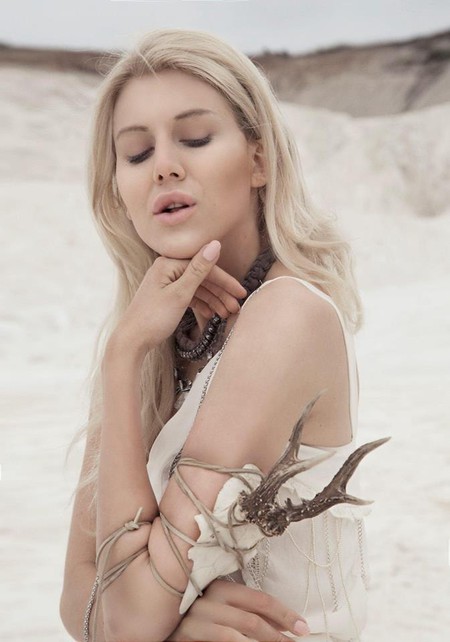 What message do you hope to spread?

Speaking my truth hopefully contributes to opening a bigger conversation for individuality; that we can start to see people for what they are and not what we want them to be. You can go through the hardest of times in life. Take it from a person who misses her full ability to orgasm every day. But that doesn’t form the person you are. You can be who the fuck you want to be and if people are not satisfied with that then they should probably look elsewhere. 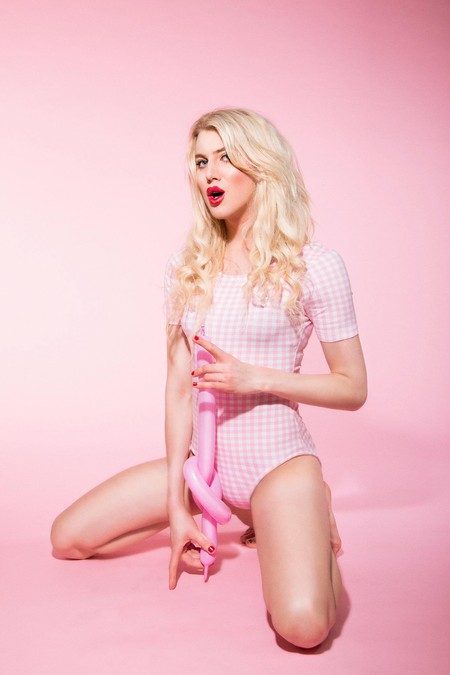