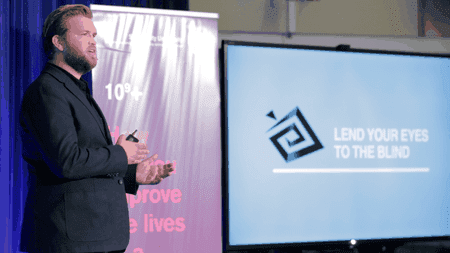 Christian Erfurt |Courtesy of Be My Eyes

Over the past few years, Copenhagen’s tech scene has rapidly developed and experts say that it will soon become the number one startup city in the Nordics. We talked with Christian Erfurt, the CEO of Be My Eyes, one of the most successful Danish startups at the moment, in order to find out why the capital of Denmark is considered one of the greatest cities for startups and young entrepreneurs. 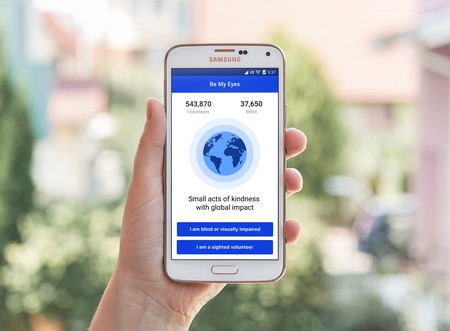 Culture Trip: In April 2012, you presented the idea of Be My Eyes at a startup event and in January 2015, the app was available for download. Could you tell us in short what processes had to be followed during these three years in order to start the “Be My Eyes” app?

Christian Erfurt: Actually, the founder and the inventor of the app is Hans Jørgen Wiberg. Hans is visually impaired himself, and he was using Skype and Facetime via his smartphone for visual assistance. He would always have to connect to one specific person so he came up with the idea of building a community of volunteers that would be willing to take the call. One of the biggest benefits of Be My Eyes today is that you can reach out to anyone who is willing to assist. So Hans is the inventor and he came up with the idea, and I co-founded it with him at a startup weekend event in 2012.

We spent the first year finding and receiving the government grant and then the following year develop[ing] it. We were coming closer to launch in the end of 2014 and the beginning of 2015, and the time was very good because the 3G connection was getting better and better. I think it was then that 4G was also just introduced, so the time was good to start getting video calls in cellular connections. 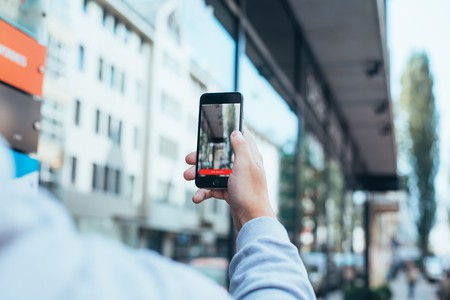 CT: In only 24 hours from the moment the app launched, it already had 10,000 users. How did you make this happen?

CE: First of all, we did a Thunderclap campaign. Thunderclap campaign is when you allow others on social media to post something on your behalf so, it is a very simple concept. It was said: “If we clap together we clap louder” and so we had the social reach of half a million people by having 300-400 people sign up and approve that on the day of launch, we could share the message on their Facebook and Twitter. That was part of it.

Be My Eyes is also an easy-to-understand concept, so it was easy for the press to pick it up. One of the earliest adopters was Product Hunt and we were voted high on Product Hunt. That always catches the attention of the international press. Then, CzechCrunch was also one of the first to publish an article about us and that went viral too. In general, the biggest success was probably that people easily understood and identified with the concept and were sharing it on social media. So the day of launch, the Thunderclap campaign made it very easy for anyone to also share the message and it instantly went viral. In that order, many users started signing in from all over the world. We had built the infrastructure using a translating tool called Crowdin, and we did that to establish as many languages as quickly as possible to see if there was a global willingness to do this. So we simply built the infrastructure and prepared it for the launch but to be honest, we had no idea that it would be welcomed so internationally at once.

CT: What difficulties did you face as a startup in the beginning?

CE: I think the privilege problem that we had was that we did a very small soft launch before and as we just pushed it in Denmark, we didn’t make sure that we got rid of the worst bugs. Then when we launched, it was picked up internationally and gained so much momentum that we barely had a chance to sit down and go deeply through the first couple [of] weeks to make sure that everything was evolving as planned. We were very much trying to catch up with our own product. Eventually, we did so; it just took a couple of months more than what we expected. But we received truly more than 18,000 emails in the first four to five months. It’s a privilege problem to have to scale with such rapid pace and then be able to catch up with it. It was a challenge at the time; we were working from couches and sofas and open shared offices as much as we could.

Christian Erfurt | Courtesy of Be My Eyes

CT: The app works with 500,000 volunteers. Were you surprised to see that so many people are eager to help visually impaired persons?

CE: Yes and no. We knew that there was a willingness from the blind and visually impaired community as we had developed it closely with them in the first stages of the product. It was very user-driven and because of Hans’ deep understanding of the community and the needs of users. Our assumption was that it was a strong product-market fit to that side of the community. It was surprising to see that so many people were willing to sign up from all over the world and chip in and be the eyes of a blind or visually impaired. In the beginning for the early adopters, there was a point system that we actually implemented to add a small level of “gamification” to this and you could get more points by sharing and by taking the calls. But as the size of community grew so rapidly internationally, we were overwhelmed by the willingness and the warm hearten volunteers from all over the world so the point system was completely unnecessary and to a certain point also a little confusing for the people because they were trying to see what they could do to be more active.

As the ratio has been uneven in some countries people are very willing and eager to receive these calls so we’d also get emails with people saying “Hey, is there anything else I could help with?” So we’ve had our community also establish connections to the blind communities in their city or in their country. It was surprising but very great to see. To double-click on that is to say that it’s international, it’s global, it’s one big community, and it’s not just in some parts of the world or people with [a] certain background. It’s of all shapes, sizes, and culture, we match more internationally than we do nationally. People are not only assisting on Be My Eyes but after a call, they might be chit chatting for a couple of minutes and talking about how life is in the other part of the world. Therefore, we’re extremely proud that not only the gap between the blind and visually impaired community and the sighted volunteers is being minimized but also the gap across religion, cultures, and different backgrounds. This is a powerful tool and something we’re incredibly proud of is to hear how people are engaging around the world and better understanding it. I strongly believe that we’re doing a very important task minimizing the gap between us and them in general. 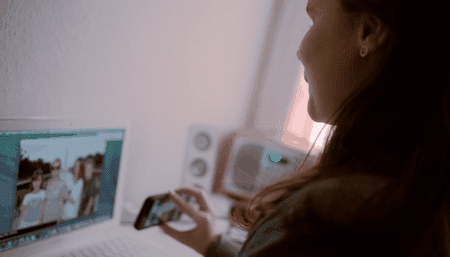 CT: Do you believe Copenhagen is a great city for startups?

CE: Denmark has a very lean and agile infrastructure for setting up and registering a business; it’s very transparent and is easily done, and I believe that’s one of the reasons Copenhagen is one of the best cities in the world for startups. One of the great benefits of Copenhagen is that there is a short distance between advisors, investors, collaborators, and third-party developers who can chip in and help out. I think Copenhagen, in general, has a lot to offer and most of what you need. There are the strong co-working spaces where there is lots of synergy. The moonshot thinking if you’re at Singularity U, where they teach how to use exponential technology to solve the world’s great grand challenges, and you have a strong foundation of early-stage investors [as well as] more and more reaching investors are added. Also, getting to the point, we have a strong VC scene that can actually be a part of significant funding for any startup that wants to grow internationally. I definitely think Copenhagen has a strong scene and there are a lot of initiatives that support this, bring the companies together, and make sure that the key learnings and the best principles are being taught from one company to another.

We were part of an accelerator called the Thinkubator where we were given access to early-stage investors, advisors, and attorneys who could help as at an early stage. Another great initiative is the Copenhagen For the Win, where they bring in keynote speakers and have people meet and get to know each other and each other’s startups. In many ways, Copenhagen is a wonderful city for entrepreneurship.

CT: Do Danes and foreigners have the same rights and benefits in Copenhagen’s startup scene?

CE: I don’t know enough on that matter, so [I’m] not the right person to ask whether they have the same legal rights, but I believe that they do and that talent is highly appreciated. I can say that many of the startups that I know of in Copenhagen have foreign employees from all around the world, and most of the teams that I helped and know of have English as their everyday language in their internal communication because there are so many non-Danes involved. I think that’s wonderful. I believe we could do better in terms of empowering more people to come and work here and I strongly believe we should make it more beneficial for talents to come to Denmark.

It’s great to see that France has now done this entrepreneur visa and I know that there are ongoing dialogues for these kinds of initiatives to be implemented in Denmark. Copenhagen is an expensive city to live in and it has to make sense for foreigners to come in and be part of the companies. 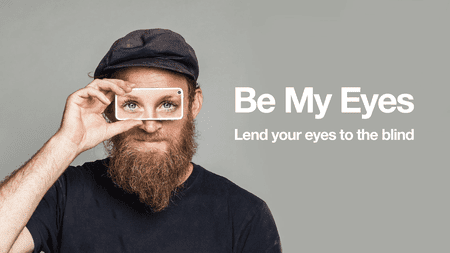 Be My Eyes | Courtesy of Be My Eyes
Give us feedback