Beyond Hollywood: A Film Lover’s Guide to Copenhagen 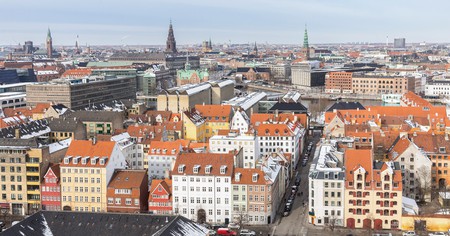 From the Dogme 95 movement to world-famous TV crime thrillers, Denmark’s film industry is multi-dimensional and ever changing. With its picturesque locations, collaborative culture and emphasis on experimentation, Copenhagen remains a pioneering influence on cinema across the globe.

In our original series Beyond Hollywood, Culture Trip’s resident film editor Cassam Looch explores the cultures and film industries of stunning destinations around the world. Dive into his film lover’s guide to Copenhagen, Denmark, exploring the city’s best restaurants, sights and cinematic hotspots.

Get around by bicycle

Cycling is a major part of Danish culture and the best way to feel like a local. Copenhagen’s extensive network of cycle paths also makes it the most practical and efficient means of exploring the city. Uber is still banned in Copenhagen following disagreements between the company and the Danish government, but other local taxi apps are available for those frosty Copenhagen evenings. 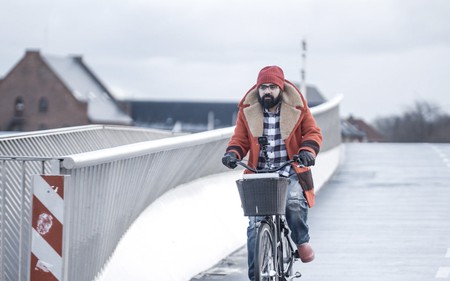 A Culture Trip film editor tries out the local mode of transport. Still from the ‘Beyond Hollywood’ series, 2019 | © Culture Trip

The scenic harbour of Nyhavn is Copenhagen’s picturesque city centre. The colourful buildings, narrow canals and excellent outdoor restaurants were once part of a busy port but now offer a more sedate experience. Nyhavn is just one of Copenhagen’s many Instagrammable spots and has featured in several films starring the Olsen Gang, who remain hugely popular in Denmark. 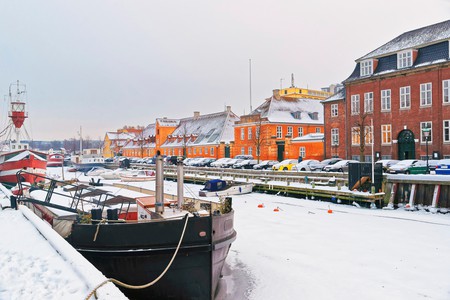 Have fun at Tivoli Gardens

One of the oldest attractions in Copenhagen, Tivoli Gardens offers rollercoaster rides, interactive games and live concerts in the heart of the city. The various gardens are each themed on places across the world, similar to Disney’s original themed parks. Walt Disney visited Tivoli several times in his early years and cited the gardens as an inspiration for Disneyland. This isn’t the first example of the American entertainment industry following in the footsteps of Copenhagen-based pioneers, having also been inspired by Scandinavian film studios. 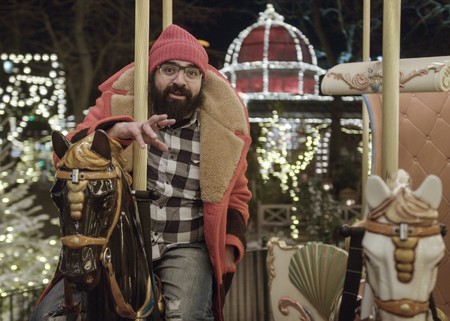 Tivoli Gardens is full of fun for kids of all ages. Still from the ‘Beyond Hollywood’ series, 2019 | © Culture Trip

The oldest working film studio in the world, Nordisk Film Production has a working brief to produce animations, short films, TV series and documentaries for the Scandinavian and international markets. The set-up is similar to traditional Hollywood studios, but there is a real emphasis on promoting new filmmakers and encouraging collaboration and diversity. In this vein, the on-site Super16 film school allows a group of student directors, writers and producers to use the facilities at the same time as major productions. The studio also has dedicated tours open to the public. 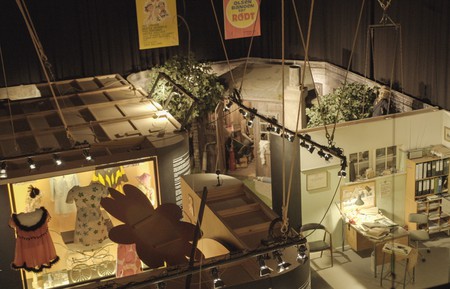 Nordisk Film Production is the oldest studio in the world. Still from the ‘Beyond Hollywood’ series, 2019 | © Culture Trip

An experimental hippie commune first established in 1971, Freetown Christiania was formed when a group of squatters took over an abandoned military base. Home to around 1,000 permanent residents, the anarchist district in recent years has tried to clean up its reputation following headlines about the abundance of hard drugs being sold along the notorious Pusher Street. At present there is an unspoken rule about the covert sales of weed, and visitors will be repeatedly reminded not to film or take pictures in this part of Christiania. In keeping with the spirit of the commune, film lovers can enjoy screenings of banned movies in Christiania’s cinema, located in an old lookout building. 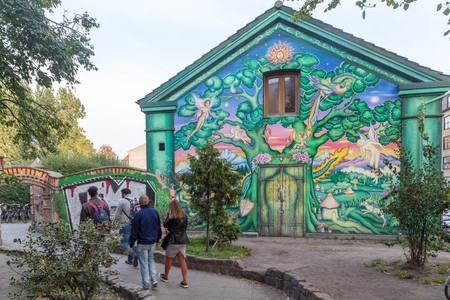 Go to extremes at CopenHot

Saunas and cold dips are an essential part of Scandinavian living. The key, according to locals, is to combine the two. CopenHot promises a unique experience by allowing visitors the chance to “enjoy” a refreshing swim in the freezing harbour before a toasty recovery sauna. Also known as a Viking shower, this dramatic shift from cold to hot is certainly a revitalising experience. If that sounds a little too intense, you can instead opt for a more relaxing hot-tub cruise through the harbour. 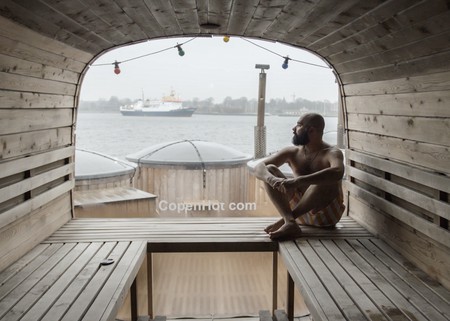 A Culture Trip film editor tried CopenHot and lived to tell the tale. Still from the ‘Beyond Hollywood’ series, 2019 | © Culture Trip

Hang out at Huset

The modern side of the film and entertainment industry is perfectly captured at Huset, a labyrinthian collection of cafés, restaurants, cinemas and game rooms that is an extremely popular hangout with Copenhagen’s film community. Low-budget shorts and cult classics are regularly screened, but you’ll likely end up hanging out here well after the film credits. If you’re looking for somewhere to talk about film and have a good time in the process, this is the place to go. 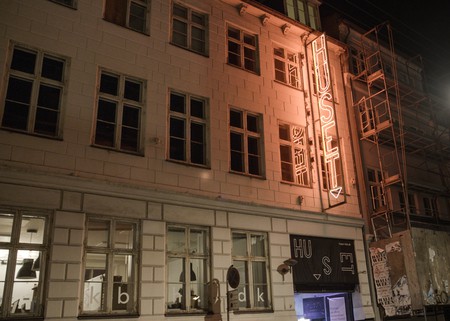 Stuff yourself at Warpigs in the Meatpacking District

The meatpacking district (Kødbyen) is one of the trendiest parts of an already trendy city. For a local delicacy, you can try the Smørrebrød – more popularly known as an open sandwich – but it’s the filling meats at Warpigs that are famous around town. The restaurant isn’t exactly fine dining, but the diet-destroying doses of carbs and beer are a real treat. Local brewers serve up American-style barbecues with a twist, and it’s an irresistible combination.