An Expert’s Guide to the Best Art Galleries in Copenhagen 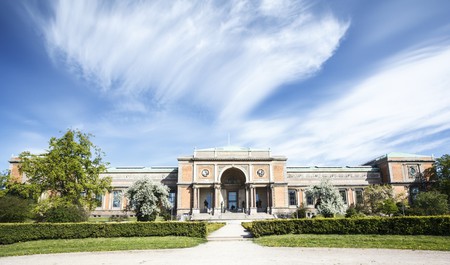 With its slick architecture and waterfront location, Denmark’s capital is a feast for the eyes – and its galleries are no exception. From immersive installations in hipster hotspots to Denmark’s biggest art institutions, here is Danish artist Eske Kath’s guide to the very best galleries Copenhagen has to offer.

Copenhagen may be small, but its thriving art scene is up there with the world’s biggest cultural capitals. Classic artworks from the Danish Golden Age are housed in architectural marvels, like the century-old brick-and-stone National Gallery. Meanwhile, the city’s newer galleries, such as Copenhagen Contemporary, are pushing the boundaries of how we experience art.

Local artist Eske Kath, who studied at Copenhagen’s Royal Danish Academy of Fine Arts, has worked with many of the city’s commercial and non-commercial galleries over the years and lived in Los Angeles and New York before returning to Copenhagen in the late 2010s.

“We have great galleries in Denmark, and I can say that after having experienced the New York art scene. It was interesting to come back to Copenhagen and see that the city has grown – there are a lot of new places to look at art,” Kath says.

Copenhagen is a place where creativity can flourish without having to worry too much about the economics, Kath explains. “There’s a feeling of the art being in the centre of it all. There’s room for experimentation and a lot of different galleries, both commercial and artist-run, non-commercial places. There’s a lot of energy, and there’s a feeling that art matters – it’s not just the commercial side.”

Culture Trip speaks to Kath about the best galleries that Copenhagen has to offer. 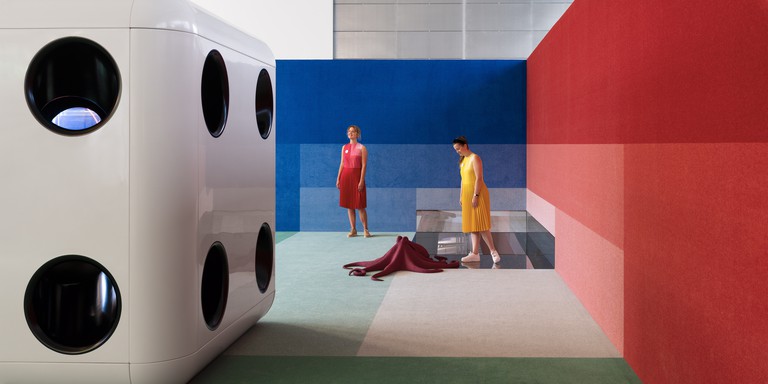 The vast size of this building – a 7,000-square-metre (75,347-square-foot) former welding factory in the hip, ex-industrial neighbourhood of Refshaleøen – allows for large-scale installations that are entirely immersive. “It’s a completely new way of seeing art in Copenhagen. It’s one huge installation,” says Kath. The regularly changing exhibitions allow visitors to interact with the art pieces. For example, Swedish artist Jacob Dahlgren invited visitors to try on striped T-shirts and to touch and walk on his floor-based artworks, while Swiss artist Claudia Comte encouraged people to climb over fallen tree trunks in her environmentally focussed show. The gallery also hosts talks, workshops and concerts.

This contemporary gallery in the centre of the city is particularly unique, as it sits inside a 13th-century church, one of the oldest in Copenhagen. “Artists have to think differently when they show their work in here,” says Kath. “The architecture has been left exactly as it was. It has classic church windows, and you have all the pillars and the whole shape of the church. But it’s all painted white, and the floor’s grey. You don’t have that usual square gallery space, and you don’t really have walls – unless artists build them.” Keep an eye out for special events in the space, such as yoga and meditation sessions that incorporate imagery and sound from the exhibitions, which change three to four times a year.

Art Gallery
Facebook
Email
Twitter
Pinterest
Copy link
Share
Map View
Kunsthal Charlottenborg is one of the largest contemporary art spaces in Northern Europe. Kath says that “it’s very classic. It’s in this sort of Baroque castle, and the rooms are huge. It’s a beautiful place – and it’s right in the middle of the city.” It’s also the official gallery of the Royal Danish Academy of Fine Arts, so expect cutting-edge, thought-provoking exhibitions from rising stars at the graduate shows, as well as big international names such as Ai Weiwei and Yoko Ono. “Very internationally minded artists have shows here,” adds Kath. 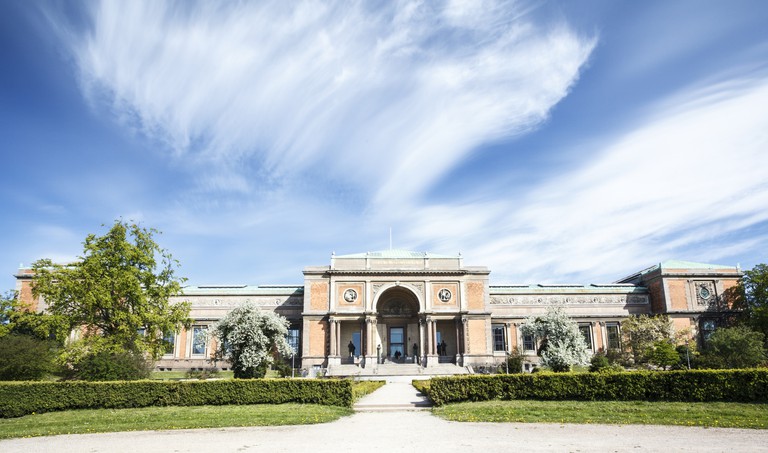 The SMK is Denmark’s largest museum | © PhotographerCW / Getty Images
Book Now
With an impressive setting in the green Parkmuseerne museum district, spread across three historic central Copenhagen parks, this is Denmark’s largest art museum. “If you’re interested in art and you want a broader view of what went on in the past and what’s going on in the city now, SMK is definitely a good place to go. It has classic older stuff and new contemporary art as well,” says Kath. The museum’s collection spans seven centuries, but look out for Danish Golden Age art and works by Elmgreen & Dragset, Rubens and Matisse.

Art Gallery
Facebook
Email
Twitter
Pinterest
Copy link
Share
Map View
“Galerie Mikael Andersen has existed for 30 years now,” says Kath. “It always has solid shows, mostly focussing on painting and sculpture. [Gallery owner] Mikael shows new Danish and international artists, but he also represents older artists. He is still going strong and is one of the very established galleries in the city.” It has good links with the German art scene, previously showing pieces by Martin Kippenberger and Günther Förg. It has also displayed the work of international names such as Tony Oursler, who made the video for David Bowie’s song ‘Where Are We Now?’

“While Galerie Mikael Andersen is on one end of the age spectrum, Gether Contemporary is at the other end, with only a few years of experience [the gallery opened in late 2014]. It mainly works with up-and-coming artists, so it’s a good place to go if you are interested in what the younger scene looks like,” says Kath of the bright, clean and boxy Meatpacking District space. The young Nordic artists showcased here tend to employ traditional media, such as painting and sculpture, and the exhibitions change every couple of months. 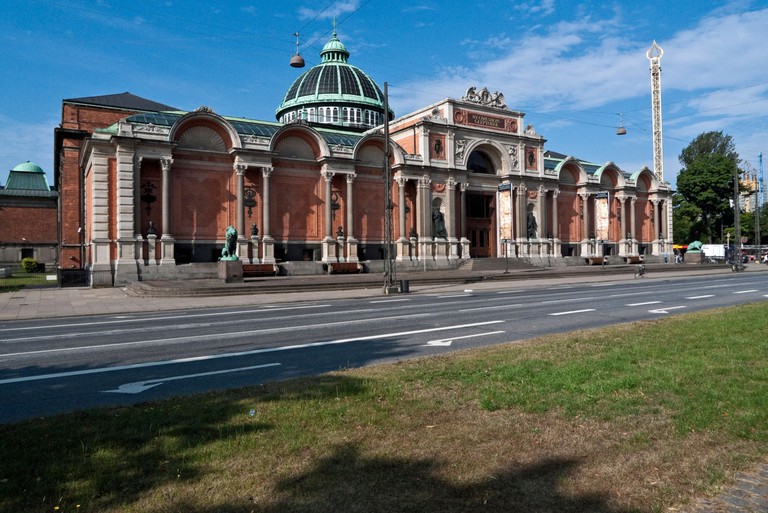 Egyptian mummies, Greek marble sculptures and CW Eckersberg’s paintings are only some of the artworks Glyptotek’s visitors will have the chance to explore. The elegant museum, which has been standing in the same spot in Copenhagen’s historic city centre since 1902, has attracted millions of tourists and residents over the years with its collection of antiquities from around the Mediterranean as well as French and Danish masterpieces of the 19th century.

Art Gallery
Facebook
Email
Twitter
Pinterest
Copy link
Share
Map View
Showing emerging and established artists working across a whole spectrum of media, V1 Gallery in the Meatpacking District has a particularly interesting backstory in the world of street art. “It started as a sort of street artist space,” says Kath. But the gallery has now diversified and also shows classic paintings and sculptures. From its founding in 2002, V1 has been collaborating with local graffiti artists such as HuskMitNavn, who has evolved with the gallery into an established artist, producing cartoonish canvases and paper drawings.

Although it underwent a renovation in 2010, GL STRAND dates back to 1825, and the Crown Prince of Denmark is a patron. That’s not to say it’s stuffy – the aim of the institution has always been to showcase the most cutting-edge works in both Danish and international art. While there’s no permanent collection, six to eight different shows take place each year (though do check the dates beforehand, as it can close between exhibitions). Still, the age and style of its building (it dates back to 1750) means it’s a fantastic space. “It’s a good way – all these places are good ways – to see Copenhagen from an architectural point of view. It’s a very old, beautiful building, with big rooms,” says Kath.