A Look at the World's Oldest Amusement Park 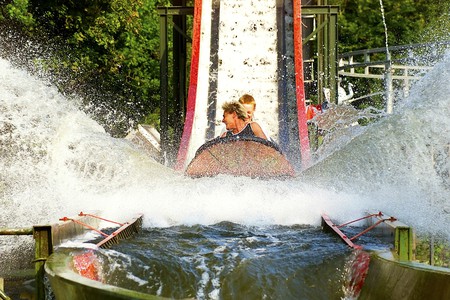 Just 30 minutes from Copenhagen’s centre, in the middle of a huge deer forest, stands the world’s oldest amusement park. In 1583, when Bakken opened its doors for the first time, it attracted hundreds of locals, and it was then that the initial idea for what we now know as amusement parks was born.

The story of Bakken starts when a woman named Kirsten Piil discovered a natural spring in a forest north of Copenhagen. Due to the poor water conditions the city of Copenhagen was facing at that time, locals started heading to the forest for water. About a century later, in 1671, it would become known as Jægersborg Dyrehave. Perhaps the fact that so many Copenhageners would take a day trip to drink water from that spring also had something to do with the water’s reputation: supposedly it had healing powers. 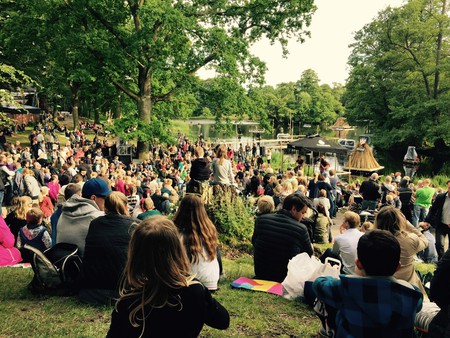 When entertainers and travelling salesmen of the time noticed how many people the forest was attracting, they decided it was the ideal place to perform their tricks and sell their goods – and suddenly the vast forest started pulsing. Thanks to the vivid presence and impressive shows of the entertainers, the first seeds for the creation of amusement parks as we know them today had been planted. 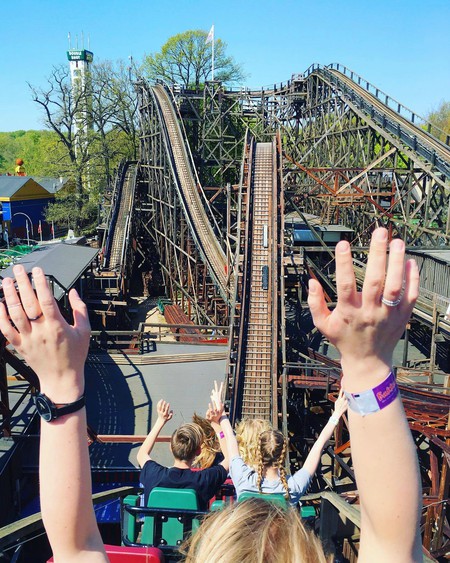 Over the years kings would come and go, the size of the forest changed and different laws were made for the area. In 1669, King Frederick III built an animal park. One year later, under his son’s rule, the park saw a near quadruple expansion. From 1670 to 1756 the area where the spring was located was declared a royal hunting ground and closed off from the public.

Luckily, in 1756 the park reopened and the entertainers and hawkers returned. That was a crucial point for the history of the place and everybody realized that Jægersborg Dyrehave would never again be merely a forest park. 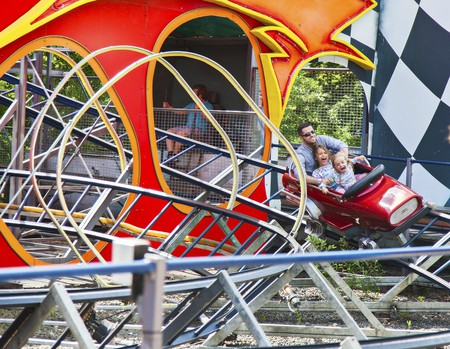 Already known among many hawkers and harlequins, the park’s reputation started to spread across Europe, attracting more and more entertainers, including Pierrots, whom you’ll still see roaming the park, pantomiming and doing their magic tricks for the little ones. However, as the place didn’t have the facilities to support large crowds, in 1885 it became clear that something needed to be done.

Dyrehavsbakken Tent Owners’ Association was created and the area was totally transformed. Garbage was collected, restrooms and water supply systems were constructed, and electricity was provided, filling the place with colourful lights. Due to its already big reputation and its new facilities, the park started to attract circuses, cabarets and moving rides. Soon after it became a proper amusement park. 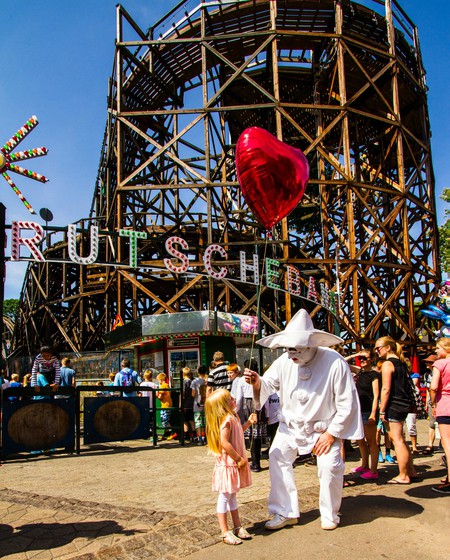 Nowadays, Bakken has 32 rides, one of which is an 82-year-old wooden roller coaster. There are also many stands with all kinds of food and drink, and small cafés and restaurants. Don’t expect to find big brands, though, or sparkling neon-light signs. Bakken is the world’s oldest amusement park and every visitor should feel the place’s great history and lively past.