A Life in Stories: The Literature That Defines Copenhagen 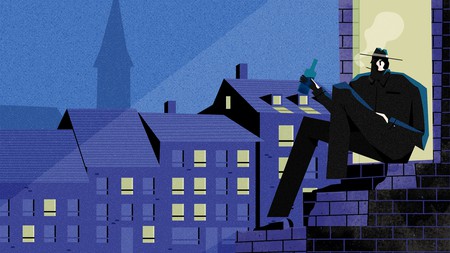 Far more than just a shimmering veneer of colourful houses and candlelit bars, Copenhagen is a layered, complex city with hidden facets. Home to Hans Christian Andersen and Søren Kierkegaard, it possesses a literary history that betrays its shadowy underbelly. It’s this side of Copenhagen – mystical, surreal, energetic – that has inspired Danish writing for decades.

Dorthe Nors is a contemporary Danish novelist whose work has appeared in The New Yorker and The Guardian; her most recent book, Mirror, Shoulder, Signal (Pushkin Press), was shortlisted for the Man Booker International Prize in 2017. The former Copenhagen resident takes us on a literary tour of the city, from its smoke-filled pubs to its rainy urban streets, illuminating the magic and strangeness of Danish literature along the way.

The Street of My Childhood (Barndommens Gade) by Tove Ditlevsen (1943)

“No one could have predicted that Tove Ditlevsen (1917-1976), born poor in the Vesterbro quarter of Copenhagen, would become one of the most cherished poets and writers of her generation. But she did. Her bittersweet, melancholic and playful style has had an impact on my writing – and on my approach to Copenhagen. In this autobiographical novel one particular street stands out: Istedgade, which is where all the drunks, prostitutes and drug addicts hung out.” 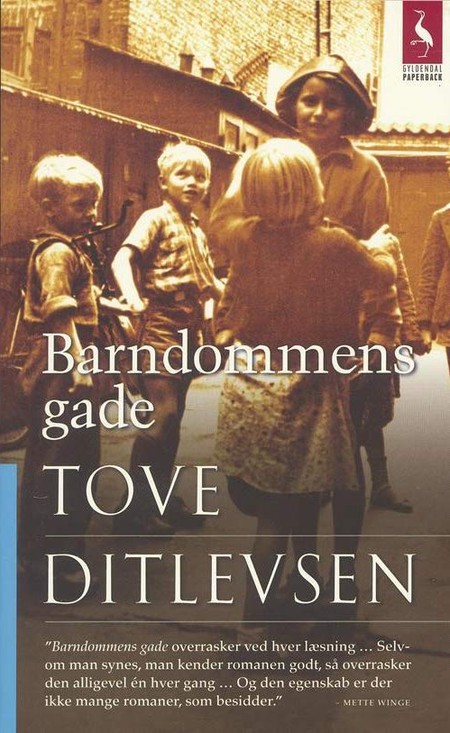 ‘The Street of My Childhood’ by Tove Ditlevsen | © Gyldendal

“One of the strongest Copenhagen voices belongs to poet Søren Ulrik Thomsen (born 1956). His descriptions of the rainy streets, the neon lights, urban loneliness, train stations and the desolate suburbs are unforgettable. I can’t see a neon light on a rainy autumn afternoon in Copenhagen without quoting Thomsen in my mind. In his 2011 collection Shaken Mirror, the title of one poem says it all: ‘In the suburbs on November days’. I often see Thomsen in the streets of Copenhagen, dressed like a man from the 1950s and with a subtle smile on his face. I imagine he’s out looking for street corners, intersections and situations to write about, like a street photographer who uses poetry as a camera.” 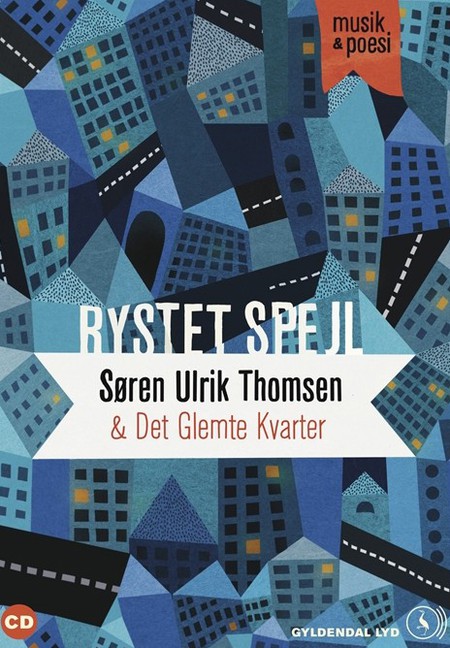 “This masterpiece by Tom Kristensen (1893-1974) is a devastating, fascinating, expressionist introduction to the underbelly of Copenhagen. It tells the story of journalist Ole Jastrau who decides to drink himself to death, or ‘go to the dogs’, as he puts it. We enter the dark pubs of Copenhagen, particularly one called Bar des Artistes close to the City Hall Square. One of the streets around there is still referred to as Pisserenden (yep, the place where piss runs). I can’t see one of the old pubs in midtown Copenhagen – the kind of place where it’s always dark inside – without thinking of Jastrau’s longing for havoc and premature death.” 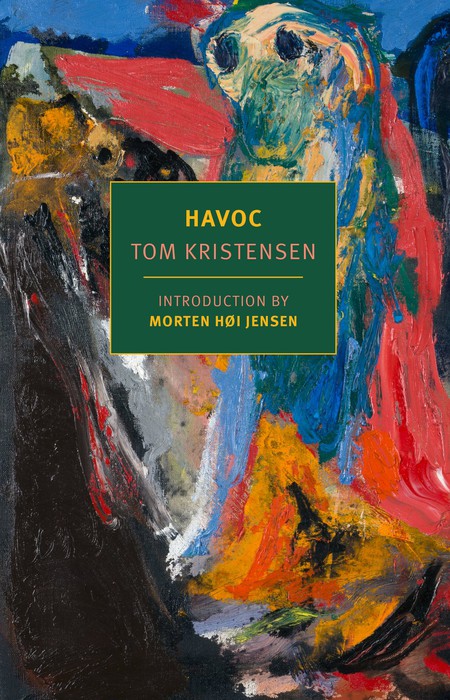 “Kirsten Thorup (born 1942) came to Copenhagen as a young woman and settled in the Vesterbro quarter before gentrification more or less took over the neighbourhood. Back in the 1960s and ’70s, this part of the city was full of strange and wild existences. This novel has a surreal take on reality, but at the same time it describes Copenhagen with such precision. The colourful and strange city, the surreal and awkward city, the city of ambiguous souls and contradictions: that’s Thorup’s Copenhagen.” 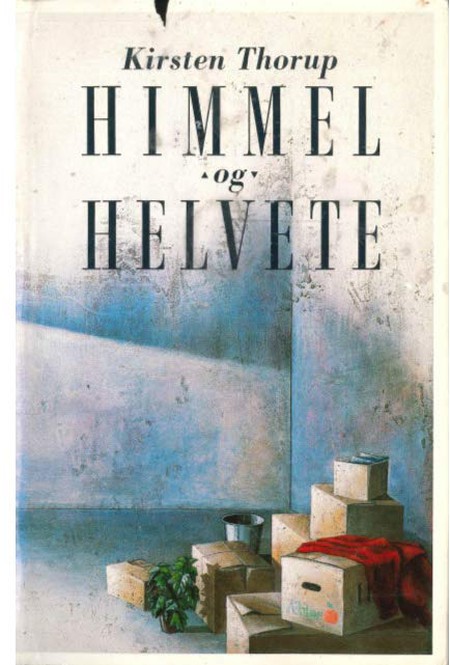 “Agnes Henningsen (1868-1962) is a remarkable voice in Danish literature and culture. She fought against old gender norms and advocated free love. In this novel about how she conquered Copenhagen (i.e. entered its literary circles around 1900), we see her support for absolute emancipation grow. Her son, the architect and writer Poul Henningsen (1894-1967), is also a Danish icon. As well as designing the lamps that you see in most Danish homes (the PH-lamp), he also fought for sexual liberation. Agnes and Poul are closely linked to the phenomenon frisind (Danish tolerance).” 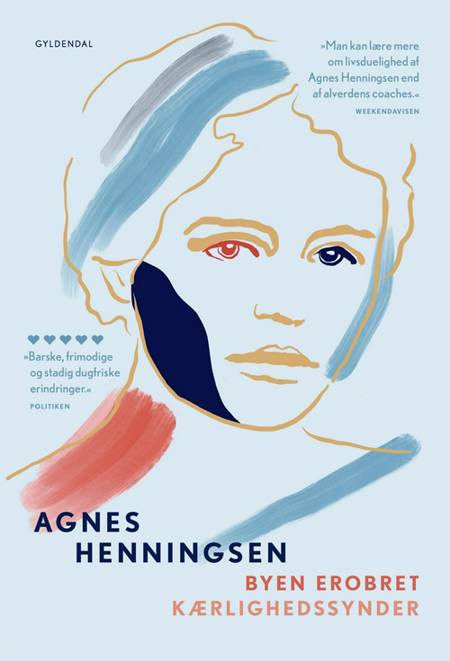 “Dan Turèll wrote cool and jazzy poems about Copenhagen. My favourite is ‘Last Walk Through the City’: ‘Before I die I want to stroll through the city one last time / Let this be my last humble wish / To walk on my feet through my city / Through the city of Copenhagen / As I’ve done so many times before / And I’ll know this is the last time / And I’ll choose my route with care’. Dan Turèll died aged 47. I still sometimes think I see glimpses of him … strolling the streets of Copenhagen.”

“Copenhagen is a very old city, and one of the best novels written about the historical capital is written by a Swede, the amazing Per Olov Enquist (born 1934). In his novel The Visit of the Royal Physician, we meet the German physician Johann Friedrich Struensee, who falls in love with the Danish queen Caroline Mathilde, the unhappy wife of the mad king, Christian VII. Not only is this a remarkable love story, but also the story of the Enlightenment in Denmark and the reforms Struensee made behind the crazy king’s back before he was caught, decapitated, drawn and quartered. Per Olov Enquist is one of my favourite writers in the world.” 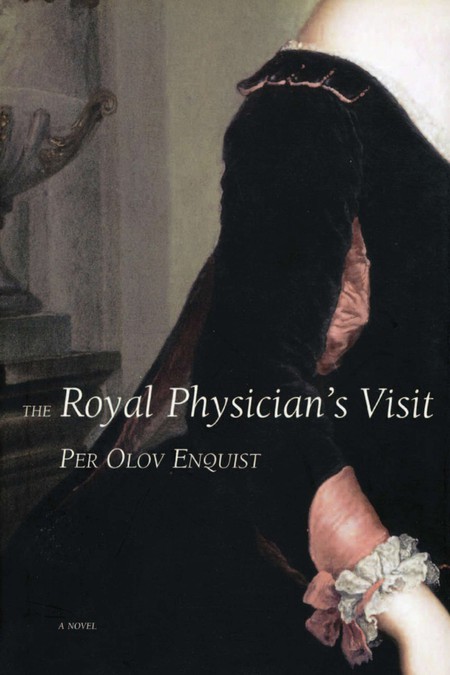 “I tried to avoid this title, because these days so many tourists take selfies of themselves next to the Little Mermaid sculpture on Langelinie in Copenhagen. But the mermaid Hans Christian Andersen (1805-1875) wrote about is spectacular and there is a much better sculpture of the mermaid to be found elsewhere in Copenhagen. You can find Anne Marie Carl-Nielsen’s amazing Mermaid on the quay outside the Royal Library. I wrote about this particular sculpture, which depicts a much stronger and truly feminine mermaid, in my novella Minna Needs Rehearsal Space (2017), in which I also pay tribute to Andersen’s story. I love the mermaid’s longing to be part of the human world and her need to sing.” 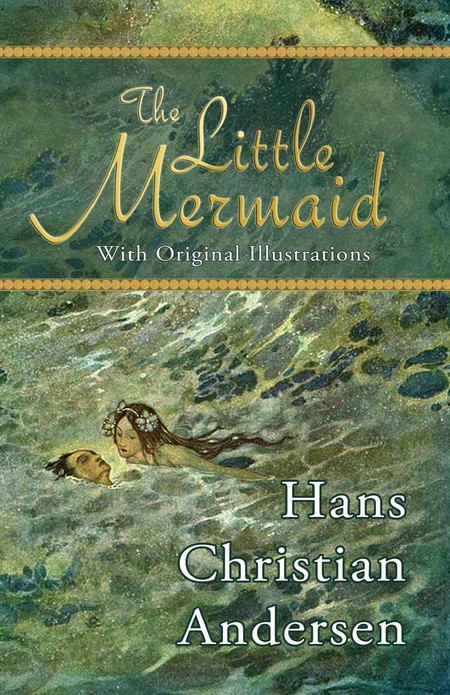