A Casual, Beer-Centric Restaurant Is About to Open in the Former Noma Space 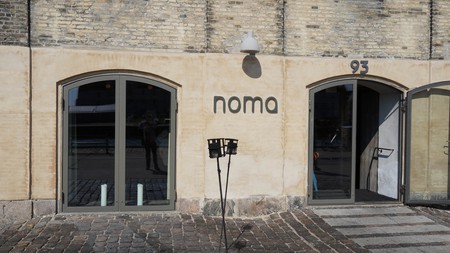 We’ve been wondering what might happen with the iconic space that until recently held Noma. That restaurant, considered to be among the world’s best, closed in February and will reopen elsewhere in Copenhagen later this year. We just got our answer.

Noma announced on its website this morning that Danish chef Thorsten Schmidt is partnering with René Redzepi, Noma’s chef-owner, to open a new restaurant called Barrin the former Noma location. Barr is expected to open on July 5, less than a month from now.

Much more low-key (and, presumably, much cheaper) than its predecessor, Barr will serve à la carte dishes drawing from the traditional cuisines of the countries that encircle the North Sea, including the regions of Scandinavia, Benelux, and the British Isles. Offerings will include hot-smoked salmon with cucumber salad and butter-fried frikadeller (pork meatballs), a classic Danish dish.

“At Barr, we will serve familiar foods in the best way we can, building on the last decade’s gastronomic development in Copenhagen,” writes Schmidt in a statement on Noma’s website. “We want to carry on the spirit of experimentation and knowledge, serving our versions of traditional dishes, along with a great selection of beers and aquavit from this extraordinary area.”

Oh yes, the beers. It’s looking as though Barr will be emphasizing brews, bringing in both a brewmaster and a beer sommelier. We’re told by the bar manager that all of Barr’s cocktails will incorporate beer.

On that note, we’re off to go book flights to CPH…