10 Top Things to See and Do in Copenhagen

Copenhagen | © Aliki Seferou
Copenhagen is a city that offers plenty of choices for things to do and see no matter of what type of traveler you are. This guide has a little something for everyone from culture enthusiasts and architect lovers to fashionistas and hip millennials.

Discover Copenhagen’s historic center and relax by the canals

If you walk from Nørreport station along Frederiksborggade in only 15 minutes you’ll find yourself at one of the city’s most beautiful and historic areas, the Slotsholmen island. Well, it’s difficult to notice that you’re on an island, but if you look closer you’ll see you’re surrounded by the city’s canals and harbor. On this quarter stand, you’ll see some of Copenhagen’s most notable buildings, which are Christiansborg Palace, Thorvaldsen’s Museum, Børsen, the Royal Danish Library ,and Christian IV’s Stock Exchange. Even if you’re not in the mood for visiting one of those places, a walk along this area is definitely worth your time. If the sun shines, grab a beer and hang out like a local at the wooden platforms by the canals.

Christiansborg Palace is nowadays housing the Danish Parliament, the Supreme Court, and the Ministry of State. It’s built in three different architectural styles, its main part in neo-baroque, the chapel in neoclassical, and the showgrounds in baroque. The reason this building earned a place in the 10 top things to see in Copenhagen isn’t only its historical value and impressive architecture, but also the fact that its tower is the highest in Copenhagen and visitors can go on the top (for free) and enjoy a breathtaking view of the capital of Denmark. 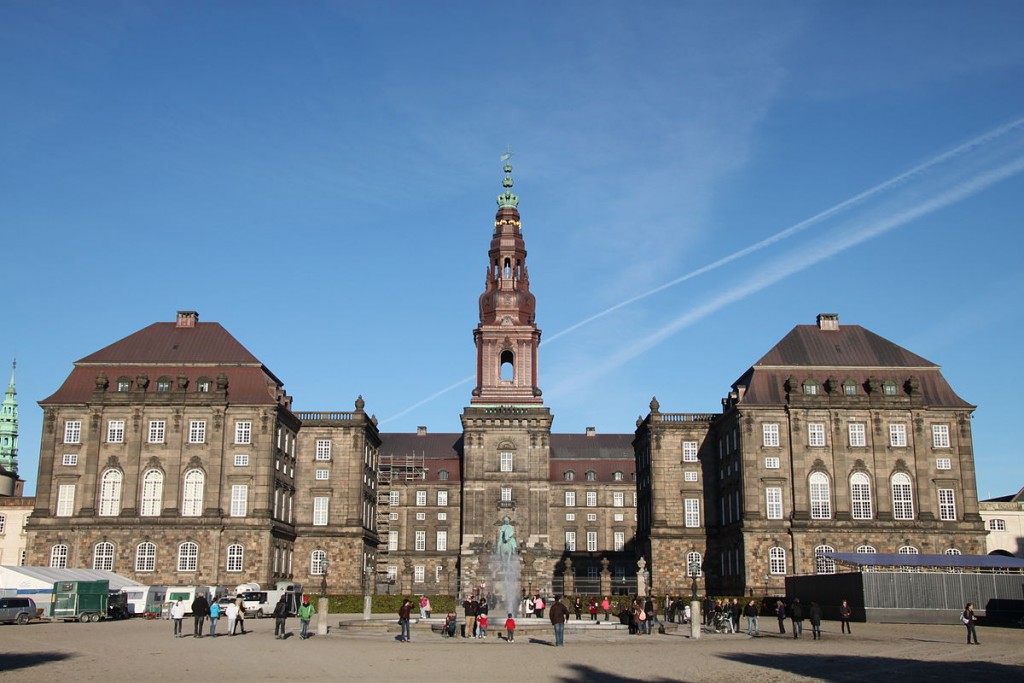 When in 1999 the Royal Danish Library got extended with a modern architecture building known as Black Diamond due to its shape and black glass facade, the area by the waterfront at Copenhagen’s harbor got new life. The Black Diamond’s interior design and various halls are equally impressive, with the building’s exterior architecture considered one of the city’s architectural masterpieces. 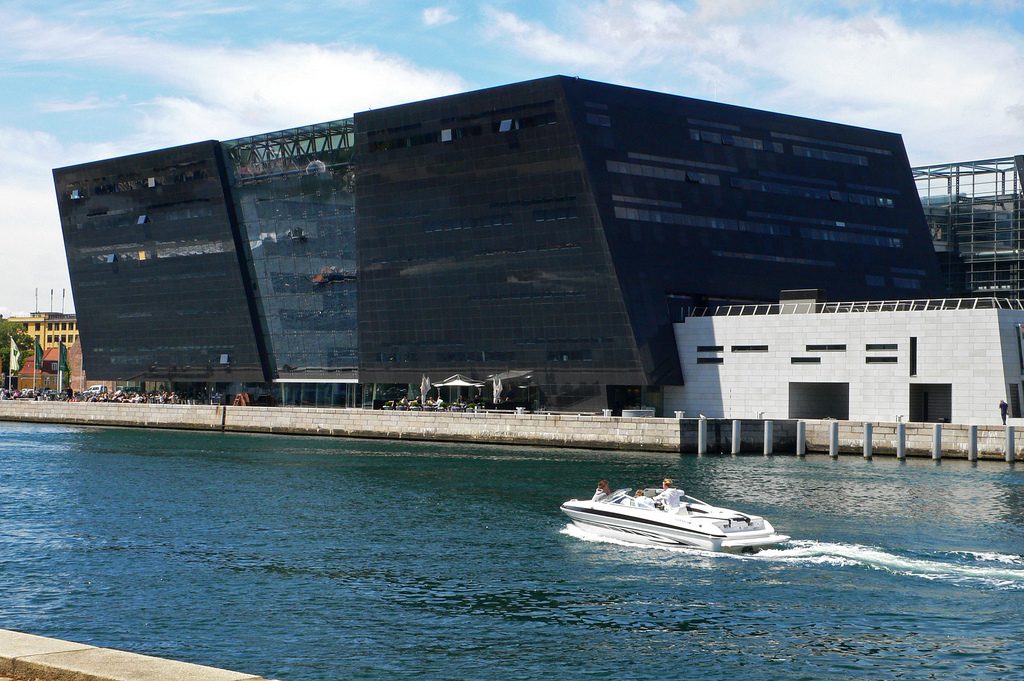 The Round Tower (Rundetårn), Europe’s oldest functioning astronomical observatory, was constructed in the 17th century by Christian IV. Nowadays, it’s open to visitors who want to see Copenhagen from 36 meters above the ground. To do that, of course, you have to walk 209 meters along the tower’s spiral corridor, so make sure you have comfortable shoes on. 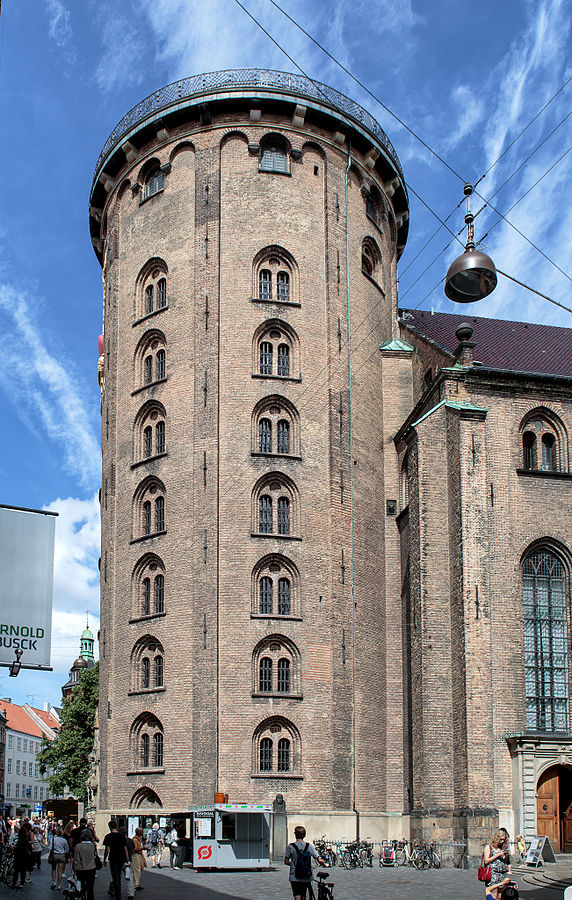 Amusement Park, Park
Tivoli Gardens | Courtesy of Tivoli Gardens/Anders Bøggild
Book Now
Tivoli Gardens is one of the top things travelers in Copenhagen look forward to seeing, and who can blame them? The majestic amusement park—with the flourished gardens where Hans Christian Andersen used to hang out and draw his inspiration, the numerous rides some of which are only for the bold ones, and the stylish restaurants serving traditional delicacies—isn’t only a favorite among tourists, but locals as well, especially during Christmas or Halloween when the place looks like a scene out of a fairy tale, and with myriads of lights, food stalls, and colorful decorations, no one misses the chance for a stroll around the gardens.
More Info
Open In Google Maps
3 Vesterbrogade, København V København, 1630, Denmark
+4533151001
View menu
Visit website
Visit Facebook page
Send an Email
Give us feedback

To be honest, the Little Mermaid isn’t as impressive as you may have thought and there are many more sculptures in Copenhagen that are worth a look. However, it is Copenhagen’s trademark and therefore couldn’t be missing from this guide. Plus, even if the statue itself isn’t something that you’ll look at in awe, the area where it’s situated is a great place to take a walk, and close by is the Kastellet, a star fortress of the 17th century. 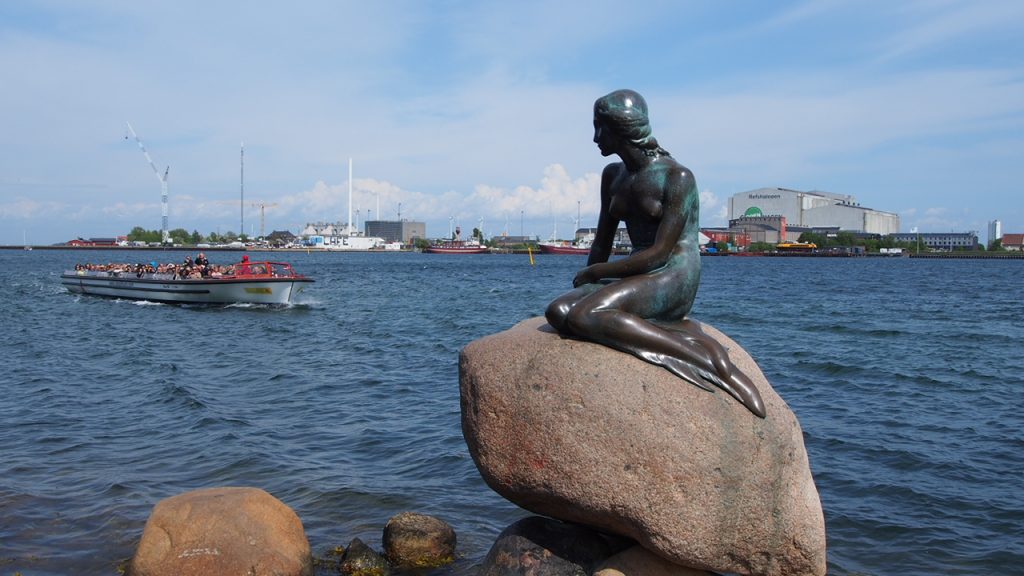 Nyhavn is Copenhagen’s old port, where H.C. Andersen lived for more than 20 years mingling with fishermen, prostitutes, tattoo artists, and notable musicians of the time. Nowadays, the atmosphere has definitely changed, as it has become one of the most touristic spots in Copenhagen, but Nyhavn, with its colorful houses standing by the waterfront, still preserves its charm from the old days. 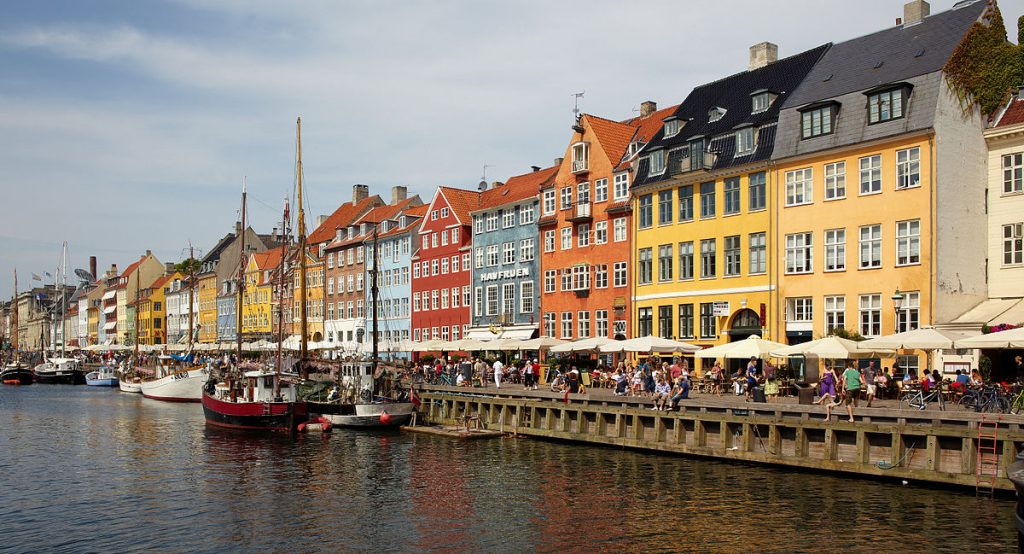 Even people who aren’t planning to visit Copenhagen are familiar with the name of Freetown Christiania. That’s mostly due to the fact that in the autonomous hippie district, cannabis trade is allowed. However, those who finally visit Christiania realize that the open cannabis trade is the least of the reasons that make this neighborhood special. Cozy restaurants, music venues, smoky bars, one of the city’s best skate parks, and a great lake are the things that make the autonomous neighborhood a must-visit place in Copenhagen. Even Prince Henrik enjoyed taking a walk with his friends around Christiania. 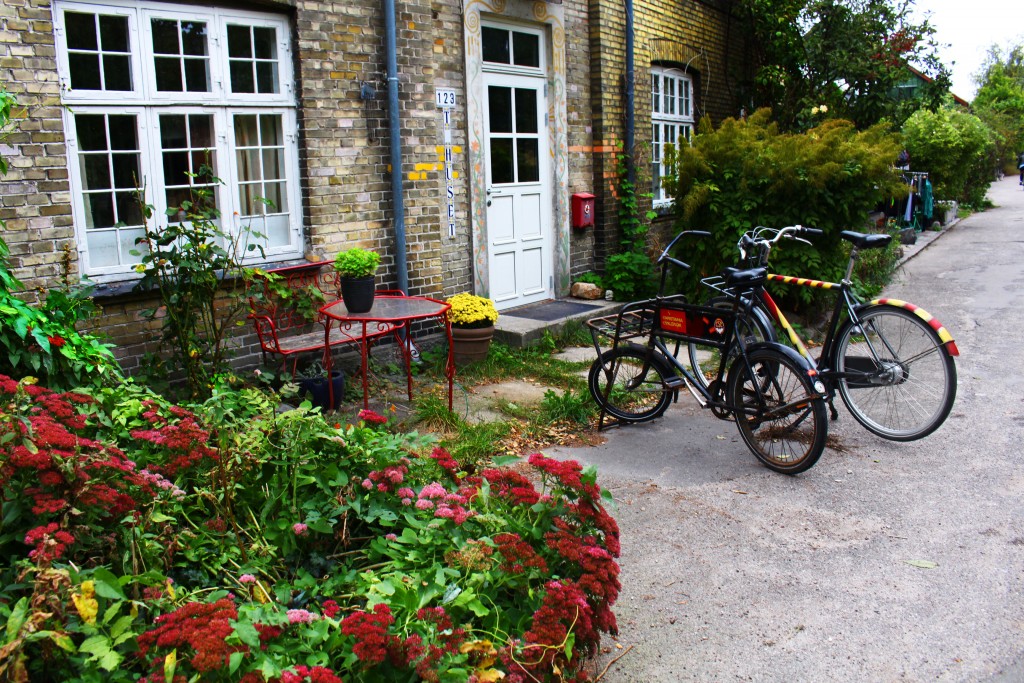 Secondhand shops, warm cafés, and bars of all styles, and some of Copenhagen’s most beautiful parks and outdoor hang out places; welcome to Nørrebro, the city’s vivid multicultural neighborhood. Take a walk along Jægersborggade, the hip street with small boutiques and galleries, go bargain hunting on Ravnsborggade, and soak up some sun at Dronning Louise’s Bro by the waterfront. 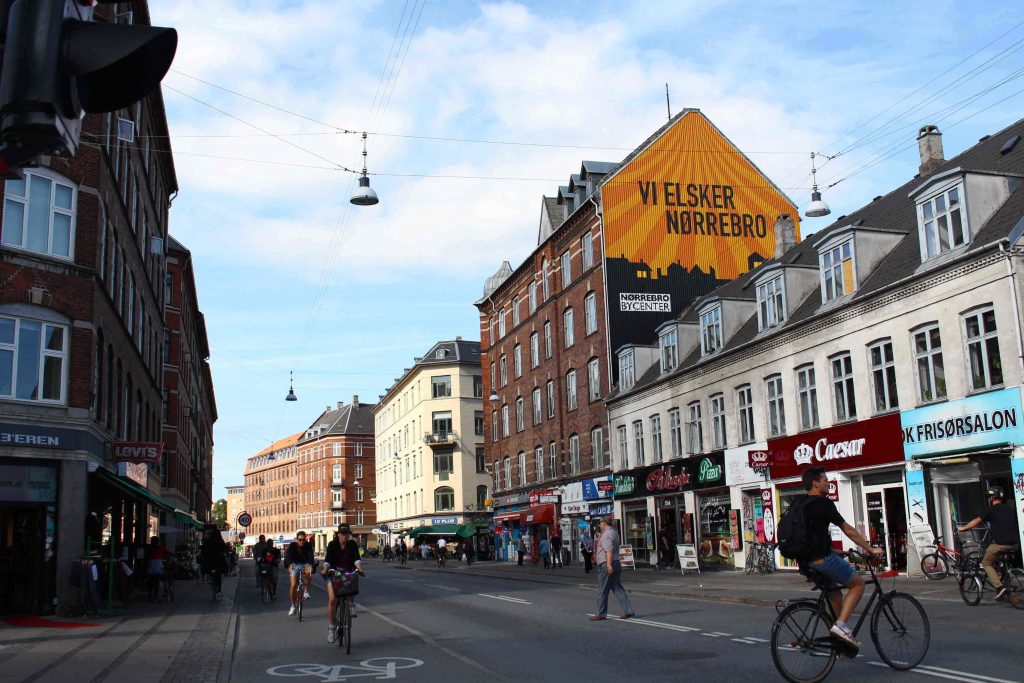 With so many hip places, it’s no wonder Vesterbro was selected by Lonely Planet as one of the world’s coolest neighborhoods. Istedgade and Vesterbrogade, the area’s most central streets, brim with bars and coffee shops, making this district an ideal destination for day and night. Plus, in this area you’ll also find the Meatpacking District, which boasts a wide range of restaurants, galleries, and nightclubs. 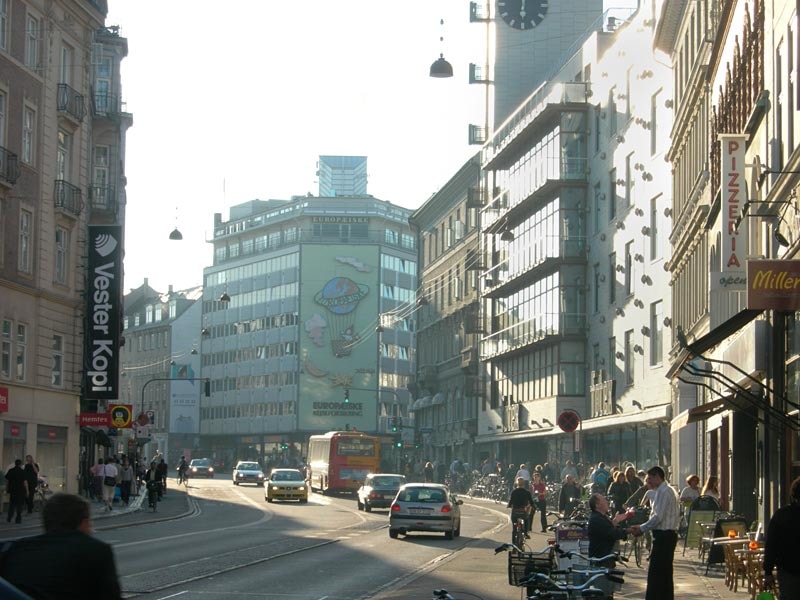