Why You Should Explore the Old Towns of Funen, Denmark 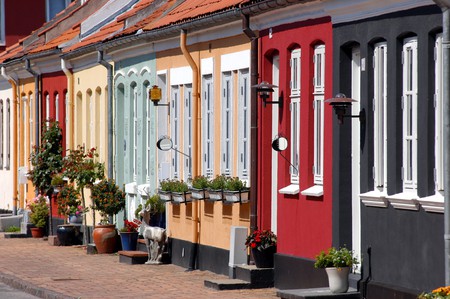 The colourful houses of Fyns Hoved, a bight in northeastern Fyn | © Roland Jung / Courtesy of VisitDenmark

Discover an unspoiled side of Denmark by visiting Funen, the country’s third biggest island that lies between Zealand and Jutland. Roam around the narrow streets of Funen’s old towns and let the cities narrate their past through Viking ships, Renaissance castles and historic harbours.

Being the smallest of Denmark’s three major islands, Funen is often overlooked by travellers who either visit during a one-day trip from Copenhagen or when passing by to get to Aarhus. While the scenery viewed from the highway might not be captivating (though not monotonous at all), once you get off the main route the real magic begins.

The beauty of Funen is in the old towns that are scattered around every corner of the island. Some of them are home to awe-inspiring castles and manors but even those that aren’t have their own beauty to showcase. It only takes a short walk around the narrow alleys to start imagining Vikings building their legendary ships and the harbours brimming with Scandinavian sailors and merchants. 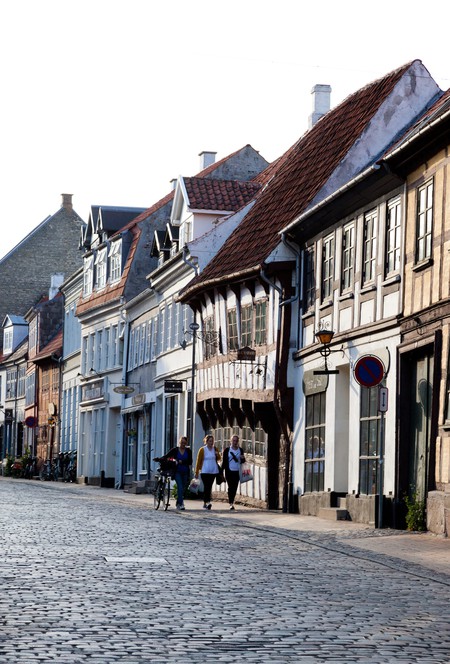 The cobblestone streets of Odense | © Kim Wyon / Courtesy of VisitDenmark

In Odense, the most popular city on Fyn Island and the birthplace of Hans Christian Andersen, it’s difficult to resist the urge to trace the steps of the country’s most acclaimed author. Especially after visiting his old neighbourhood and rummaging through his personal belongings on display in his childhood home. This feeling is only enhanced after strolling around the city’s cobblestone streets filled with the colourful houses and blossoming flowers. However, despite Odense’s undeniable charm, it is not the only town worth visiting. The more time you devote exploring Funen the more you’ll fall in love with the island.

On the east coast of Funen Island lies Nyborg, one of Denmark’s oldest towns. The witness to the city’s great historical importance is the 12th century Nyborg Castle that still stands proudly in the middle of the city. Between 1183 and 1413 nobles, royals and barons held their meetings in the castle, which at the time was housed in the Danish court. As a result, the city of Nyborg was considered the capital of Denmark during this period. A walk along the city’s main street Slotsgade with Nyborg Castle in the background and Møllegraven canal on your side is the perfect way to introduce yourself to the city’s relaxing and peaceful atmosphere. 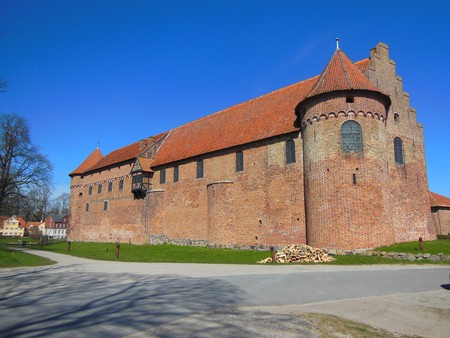 A 30-minute car-ride north of Nyborg takes you to Kerteminde, a place that tells the story of another era of Danish history – the Viking Era. The coastal town is home to the only ship grave in Denmark in which the King of Ladby was buried in around 925. The 1000-year-old ship still lies in the same exact location and is now part of The Viking Museum Ladby. However, as previously mentioned, the history of Funen does not only come alive in museum halls but also in the streets, and Bogense is proof.

Bogense is a city northwest of the island that used to be a market town and a vibrant trading centre for many centuries starting from 1288. At Bogense, you will find the 19th-century harbour, an 18th-century merchant’s house in Østergade and a half-timbered Erik Menveds Inn that happens to be the oldest inn on the island. These attractions alongside the market square, which has been welcoming customers since the Middle Ages, make the city look like a postcard from the past.

Finally, in the south of Funen lies Svendborg, a town that combines natural landscapes with sandy coasts and a vibrant, modern centre filled with craft shops, galleries and theatres. The city in which Bertolt Brecht spent several years of his exile during World War II still preserves its authentic atmosphere with its hidden courtyards squeezed among yellow roof-tiled houses. However, modern-day museums and boutiques continue to remind visitors why it’s called the capital of South Fynen.