Why You Need to Visit Denmark's Blue Planet Aquarium 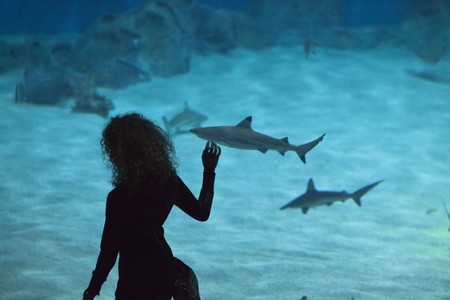 If the underwater world fascinates you, and you’ve always wished to see some of the ocean’s majestic creatures, then make sure to add Den Blå Planet, northern Europe’s largest aquarium, to your bucket list. With 20,000 fish and marine animals of 450 different species collected from the northern seas, tropical rivers, and the world’s biggest oceans, Denmark’s National Aquarium will take you on a unique journey to our planet’s seabeds.

From Denmark’s first aquarium to the 2,000-square-metre Blue Planet

The Blue Planet opened its doors on 22 March 2013, welcoming thousands of visitors in an impressive modern building designed by 3XN architects. Its story, though, starts on Christmas Eve of 1934 when zoologist Mogens Højgaard told his father Knud Højgaard that his dream was to build a hothouse for amphibians and fish. After Knud, an engineer at the time shared that it was up for discussion, Denmark opened its first aquarium in Charlottenlund five years later.

Of course, it was much smaller than the one visitors see nowadays but at the time it was the second-largest in Europe and attracted 77,000 people in its first month. It wasn’t until 1974 that the aquarium was renovated and two more new sections were added. But despite expanding throughout the years, the need for a new place was becoming more apparent. So, in 2013 after several years of planning and fundraising, Den Blå Planet opened on the little island of Amager. 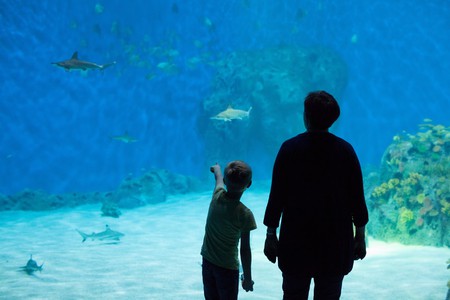 Designed by 3XN, the renowned architects behind some of Denmark’s most impressive buildings such as Bella Sky hotel, Royal Arena and Noma Lab, the Blue Planet couldn’t be anything less than spectacular. Built in the shape of an enormous whirlpool with a façade covered in small, diamond-shaped aluminum plates, which reflect the skylight, Denmark’s National Aquarium fits completely into its surroundings.

Once visitors step into the vortex of the whirlpool, they’re transferred to the curved lobby, which stands in the middle of the aquarium. From there you can choose from five different paths that will take you to the different exhibition spaces. 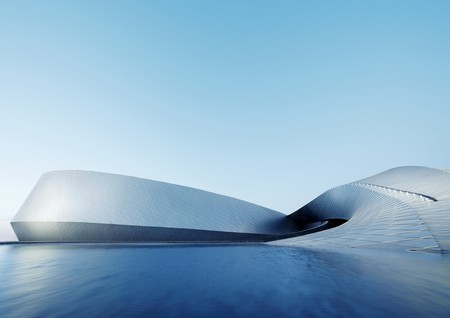 Featuring 53 different tanks that contain a total of 7 million liters of water, Denmark’s National Aquarium is home to 20,000 fish and other marine animals. The exhibition space is divided into eight sections, offering a unique experience to guests who want to explore the underwater life of the oceans and the magical creatures that inhabit the northern seas and tropical rivers and lakes.

Take a walk along the tube corridor at the Warm Ocean section and watch the impressive stingrays and hammerhead sharks swimming above. Observe life in a living coral reef where dozens of colorful fish mingle among living corals and look for the giant Pacific octopus in the Cold Water section. In the Rainforest area, the scenery changes completely and guests are transferred from the ocean’s seabed to a tropical landscape with waterfalls, where Philippine crocodiles lay lazily and 3,000 piranhas swim underwater. 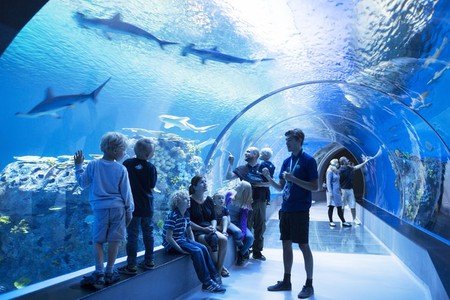 The Blue Planet offers guided tours in Danish and other unique activities for those who don’t want to just look the magnificent creatures behind the huge glass windows. 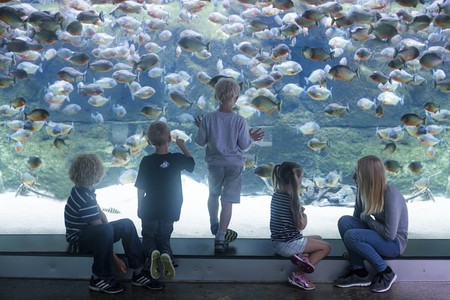