Why Everyone Should Watch Denmark's Most Popular TV Series 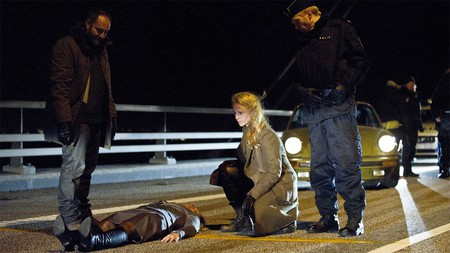 From the moment the Swedish-Danish series Bron/Broen (The Bridge in English) first aired back in 2011, it captivated a large audience; six years and three seasons later, it has been streamed in more than 100 countries worldwide and still is one of the most popular crime-drama series. Here are some reasons why fans of this genre should start watching Bron/Broen if they’re not already.

Øresund Bridge is the popular motorway and railway that connects Malmö to Copenhagen, and it consists of three parts one of which is underwater. When half a body is found in the middle of that bridge, Saga Norén (Sofia Helin) from Sweden and Martin Rohde (Kim Bodnia) from Denmark are called to solve the mystery and arrest the killer. That is how the popular series Bron/Broen begins. What happens next you have to discover by yourself.

Over the years, many crime-drama movies and series have been created but not all of them were a success. As with every film genre, it takes much more than a good scenario to make a movie so captivating that will keep millions of viewers stuck on their couch for 60 minutes or more. Over the last decade, Scandinavians have proven that they stand out in crime fiction, and many of their books have become bestsellers all over the world.

With Bron/Broen, they managed to also prove that they also know how to transfer a good story onto TV screens. For a great series/film, it’s not only the story that matters but its plot—how the story is presented, its setting (in this case, Scandinavia’s dark and grey scenery), the small details, and of course the engaging characters. Bron/Broen has become one of the most successful series of the last few years because it combines and artistically uses all the above. 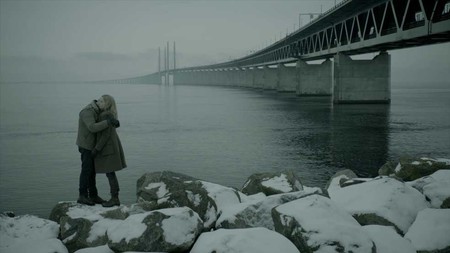 Many may dislike the Swedish Saga Norén, one of the two police officers who investigate the murders, during the first episode. This will change by the third episode. She’s antisocial, blunt to the point that it can be considered rude, and obsessed with always following the rules. She’s the person that always says what she is thinking no matter if that sometimes offends others. Some characters with similar traits include Sherlock Holmes, played by Benedict Cumberbatch, and Sheldon Cooper portrayed by Jim Parsons on The Big Bang Theory.

However, Saga is unique because it’s not very common seeing a woman playing that kind of role and Sofia Helin’s great performance makes Saga’s character so special. Even though the series’ writers have never confirmed it, it is said that her character exhibits symptoms of Aspergers Syndrome and several people with the same condition have sent her letters to share their experience and even thank her for the way she portrays the problem she faces in her social life. From the first season, the viewer understands the various characteristics of her complex personality and that keeps becoming more obvious in the second and third seasons while a series of events unfold. 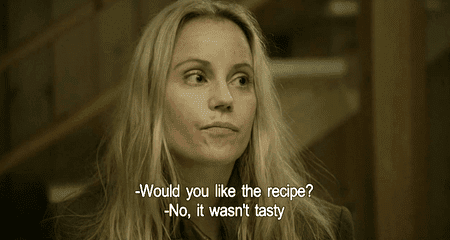 Get a glimpse of Denmark and Sweden

Filmed in both Sweden and Denmark, Bron/Broen gives viewers an insight into the cities of Malmö and Copenhagen to the extent that they can almost feel the cold of the Scandinavian weather and the long dark winter days. Viewers will also get to see the Øresund Bridge, a 21st-century architectural masterpiece. The neighboring countries’ cultures are revealed through small hints during the episodes and as several scenes are filmed in houses, so is the feel of real Scandinavian interior design. 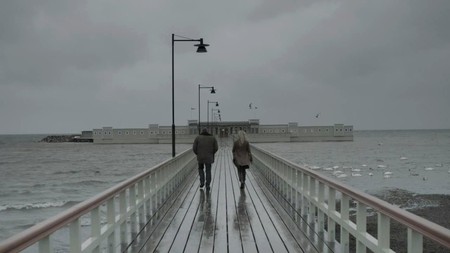 One of the reasons many people avoid watching a new series is that they have to wait for some months or years until the next season is on air. Bron/Broen aired for the first time in 2011 and three seasons have been completed. The fourth and last one will be released on New Year’s Day 2018. Unlike many series, Bron/Broen‘s fans don’t have to wait until the final season to see how the story ends. Even though there is a connection among all seasons’ stories, each provides a different murder to be solved and by the 10th and final episode, viewers know how the mystery ends. 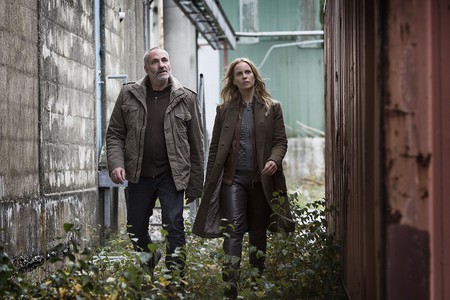 Each one of the murder cases that Saga Norén has been assigned to solve during Bron/Broen‘s run deals with social and environmental issues as well as LGBT rights. While it’s hard to expect that watching a crime-drama series can help viewers be more informed about the world’s problems—there are plenty of documentaries and books that can do the work much better—or expect a crime-drama series to analyze these topics in depth, the fact that Bron/Broen adds this detail into the show makes it even more interesting to watch. 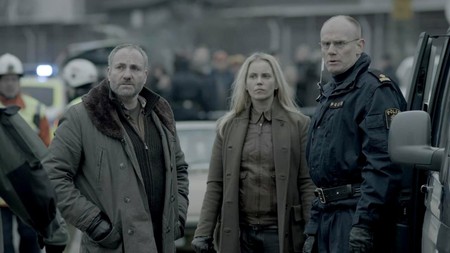 It’s popular for a reason

Still not convinced? Bron/Broen has won several awards including the Golden Nymph Award for Best European Drama Series at the 2014 Official Competition of the Festival de Télévision de Monte-Carlo and a Best Actor in a Drama Series win for Kim Bodnia (Martin Rohde). Aired in more than 100 countries, the plot has also drawn the attention of other production companies and there are already two remakes of the series: The Tunnel that depicts what happens after a body found in the middle of the Channel Tunnel and the US-Mexico series The Bridge that was cancelled after two seasons. Russians and Estonians are now waiting for their own version of The Bridge that will air in 2017. 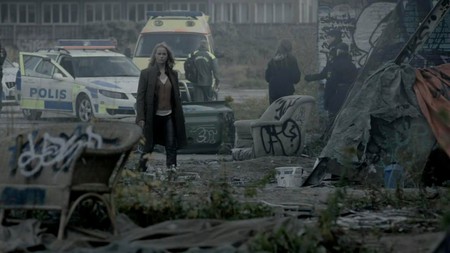 The Bridge | Nimbus Film, Filmlance International
Give us feedback