Why Carlsberg is Denmark's Gift To The World 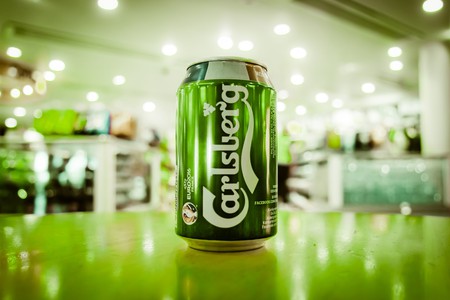 Carlsberg is one of the world’s largest and most popular breweries, and was founded in Denmark around three centuries ago. Here is everything you need to know about the Danish brewery that broke new ground in the production of beer and why even nowadays, every lager has the original Carlsberg yeast.

The first few years of the Carlsberg brewery

In 1845, after studying for some years in Bavaria, Jacob Christian Jacobsen, a brewer’s son, returned to Denmark to combine his knowledge and experience and make his own beer. Two years later, in a place just outside Copenhagen, Jacobsen opened a brewery he decided to name after his five-year-old son Carl and the Danish word for mountain – bjerg. It was in 1847 that one of the world’s largest breweries was born.

Over the next few years, Jacobsen made high-quality beers that at the time were distributed only in Denmark. When a fire destroyed the brewery in 1867, Jacobsen wasn’t downhearted. Instead, he saw this incident as an opportunity to build new and better facilities including a cooling system. Sales went up, and the next year Carlsberg exported the first beers abroad. Beer-lovers in Edinburgh, Scotland could now for the first time taste the popular Danish beer. 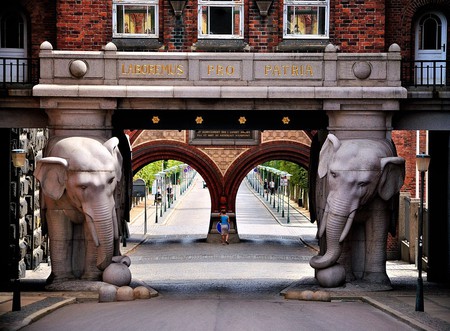 Aside from being a passionate brewer and a skillful businessman, Jacobsen had a great interest in art and sciences and always strove to expand his knowledge. Therefore, in 1875 he founded the Carlsberg Laboratory, which he used to study brewing, malting and fermenting operations. What he didn’t know at the time was that eight years later, one of the most important discoveries for brewing would be made in this laboratory.

In 1883, professor Emil Christian Hansen found a way to cultivate and isolate pure yeast. That was a breakthrough for brewing. Jacobsen shared this method with other renowned brewers and that’s why even nowadays, original Carlsberg yeast is used in most lagers.

Four years later, Jacobsen died and due to a conflict with his son, he left the Carlsberg brewery to the Carlsberg Foundation, a board of directors from the Royal Danish Academy of Sciences and Letters who also managed the Carlsberg Laboratory. 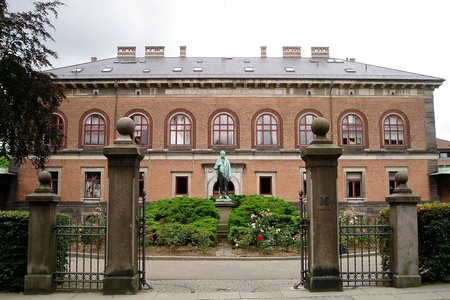 How a Danish beer became known around the world

At the beginning of the 2oth century, Carlsberg was already an established and internationally known brewery, so it comes as no surprise that in 1932 the company established an export department. Around 20 years later the first overseas license was given and Carlsberg was brewed for the first time outside Denmark at the Photiades Breweries in Cyprus. In the 70s Carlsberg started expanding in more countries all over the world, and by the early 80s, Carlsberg breweries opened in Malaysia, the UK and Hong Kong. Nowadays, Carlsberg is exported in more than 100 countries in Europe, Asia and the US, while its breweries can be found all around the globe.

What the label symbolizes

Even if you’ve never tasted a Carlsberg beer we bet you’re familiar with the label. You know, the green one with the crown and the hop leaf. Even though Carlsberg’s label looks quite modern it was originally designed in 1904 by Thorvald Bindesbøll, a renowned architect and artist of the time. The crown was added because the same year Carlsberg was chosen to supply beer to the Royal Danish Court while the hop leaf symbolizes Carlsberg beer’s natural ingredients. 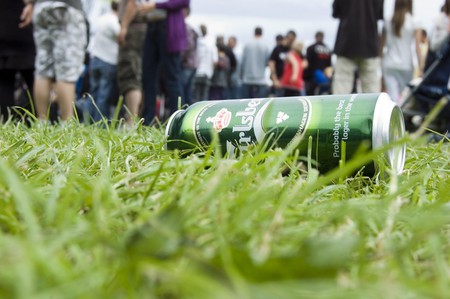 What else you should know about Carlsberg

In 1867, Jacobsen’s son Carl returned from his studies abroad, and after his father’s encouragement, he started brewing his own beer under the name New Carlsberg. Carl’s beers were a great success and in 10 years his sales exceeded his father’s old Carlsberg. Carl’s decision to start producing a beer with a shorter storage time was the reason for a conflict between the two men, which lasted for almost 20 years. The new and old Carlsbergs merged again in 1906.

Being an art enthusiast, Jacobsen had an outstanding art collection that is now exhibited at the Ny Carlsberg Glyptotek in Copenhagen. 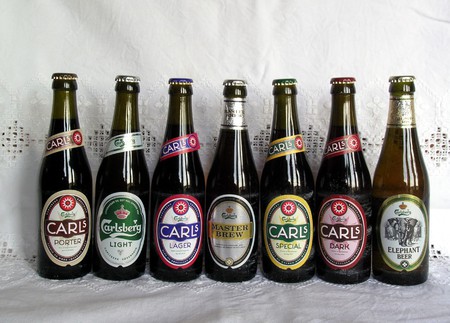