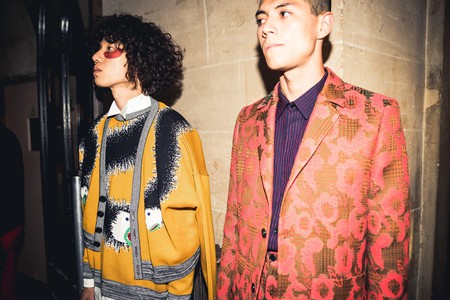 It’s widely known that Scandinavian fashion is characterised by minimalism and the trademark black and white clothing. Yet, this is not the case of Henrik Vibskov who over that past 16 years has been revolutionizing the fashion world with his colorful and offbeat designs. A world-renowned fashion designer, a successful drummer and a talented scenographer. Jump into the eclectic world of Henrik Vibskov.

Who is Henrik Vibskov

Henrik Vibskov entered the fashion industry in 2001 after graduating from the internationally renowned Central Saint Martins College of Art and Design in London. Ever since, he has created more than 20 collections that are always presented to the fashion world in a theatrical way – through shows and installations that transform onto the catwalk. We couldn’t expect anything less from someone who became known and critically acclaimed already from the collection he designed for his graduation. Experimentation with humour and colors being the dominant elements of his collections, Vibskov stands out from other Scandinavian designers, opting against minimalistic black and white pieces in favor of colorful geometric shapes on baggy sweaters and trousers. 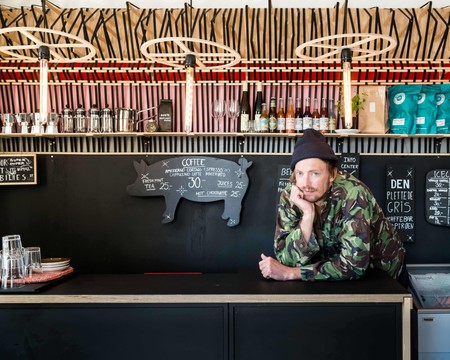 The collection that made him known in his graduation was characterised by pig patterns; bags and Palestinian scarves (keffiyeh) were covered with pigs prints. The 45-year-old Danish designer has explained in interviews that he likes using pigs in his designs as a reference to the fact that he comes from a farmer’s family, and to explore the difference between the countryside and the city. Those who don’t know this information were definitely caught by surprise at Paris Fashion Week and Copenhagen Fashion Week where the eccentric designer presented his Spring/Summer 2017 collection. Not only was the place transformed into a sausage factory, decorated with salami racks, but Vibskov had also made his own salami (the Vibs salami), which he was serving to the fashionable guests. Through the ‘Salami Kitchen’ fashion show, Vibskov wanted to transfer a message about our relationship with the food industry. 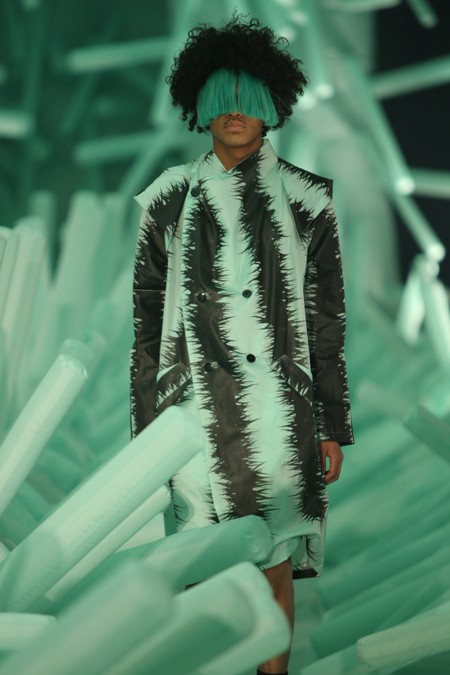 This wasn’t the first time the famous designer used his fashion shows as a platform to express his personal view towards the world and social issues. Each one of his shows has a different theme and the fact that Vibskov is also an interior designer and scenographer is certainly reflected in his offbeat installations and overall aesthetics. Other remarkable fashion shows were the ‘Spaghetti Handjob’ (AW14), where the catwalk was decorated with spaghetti-like strips of textiles, ‘The Big Wet Shiny Boobies Collection’ (SS07), where the venue was filled with shiny breasts and Human Laundry Service (AW09) at which the models were powering human-sized hamster wheels. 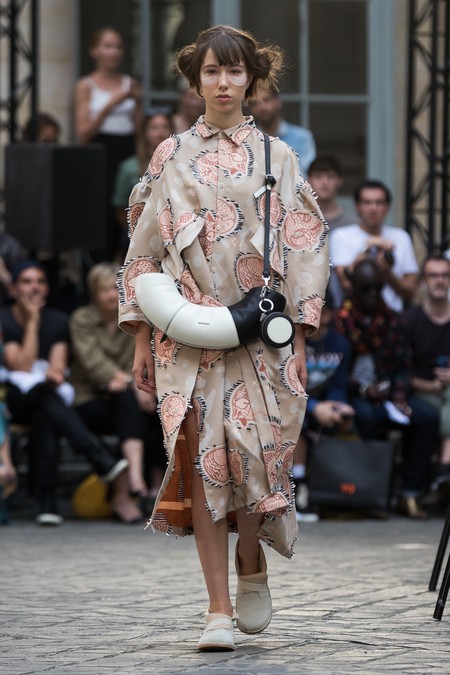 Vibskov’s designs are characterized by large geometrical shapes, bright colors and checked fabrics. Each one of his collections has its own character but all of them have a humorous and quirky touch. Baggy sweaters and pants dominate his collections but he also experiments with accessories and other clothing pieces such as bags, socks, ponchos and of course scarves, one of Denmark’s most beloved knitwear. At his latest collection, Vibskov added an Asian element to his prints, with his models being dressed in obi-belted dresses. His collection rocked the fashion world, proving once more why he’s one of Denmark’s most adored fashion designers. 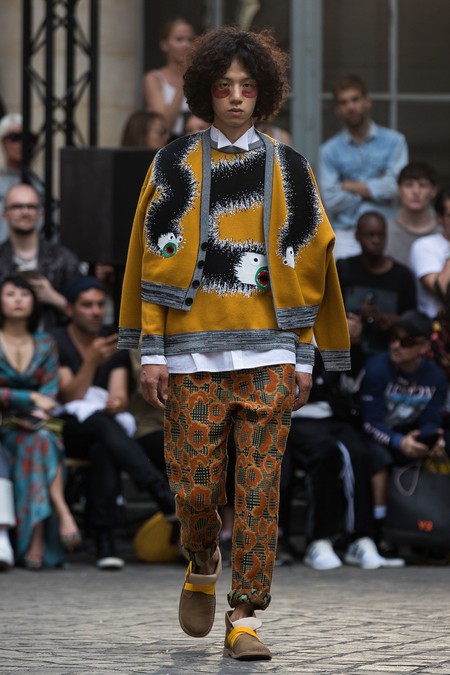