Top 10 Free Things to Do In Copenhagen

Beautiful Copenhagen, Denmark’s capital and its ‘City of Spires’, often appears on lists of Europe’s most expensive cities. But those traveling on a budget need not go elsewhere, as with our guide you’ll find lots of free things to do in Copenhagen. From open-air film screenings and art exhibitions, to a walk around the city’s Botanical Gardens and an electronic music festival, here are Copenhagen’s top free activities.

The Botanical Gardens are a beautiful green oasis in the heart of the bustling city of Copenhagen, dedicated to the conservation and study of plant life and fungi that is home to 9000 different species of plants, the largest living collection of plants in Denmark. Based at the University of Copenhagen, the gardens are a perfect day out for any green-fingered visitors to the city. Their history goes way back to 1600 when the university’s first garden opened. However, the gardens as we know them today opened in 1874, and between 2009 and 2012 underwent a 17 million krone renovation overseen by landscape architect Jens Hendeliowitz, who also renovated the King’s Garden at Rosenberg Castle. The renovations included a 10,000 square meter expansion to include Observatory Hill, the highest point in the inner city, several extra recreational areas and a charming wooden wharf by the garden’s lake. 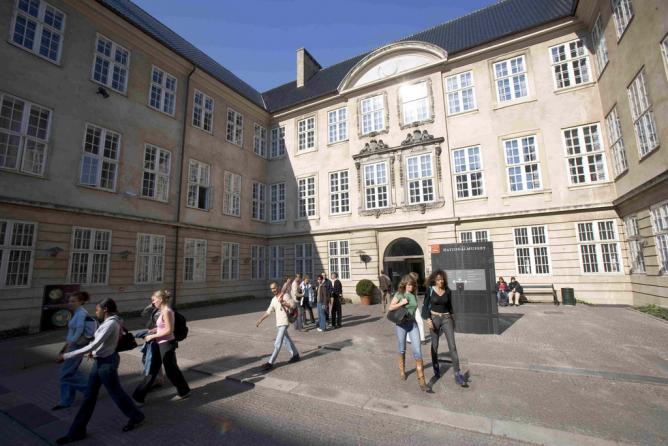 While guided tours of the National Museum of Denmark are charged, it is free to explore the museum’s exhibitions by yourself, and, weather permitting, visitors can even bring their own food to enjoy in its lunch room or garden. The museum has a number of permanent exhibitions like its Danish Prehistory collection, which includes archaeological findings likes the Egtved Girl’s grave, and its famous Ethnographic Collection, which features cultural and religious artifacts from across history and the globe.

The National Gallery of Denmark offers free admission for visitors to its permanent exhibitions which include Danish and Nordic Art, European Art, Danish and International Art and French Art, which together encompass over 700 years of artwork that ranges from early Renaissance pieces to innovative and thought-provoking contemporary art. Lovers of historical art will delight in paintings by artists such as Christian Købke and Vilhelm Hammershøi, while contemporary art fans will love sculptures and installations by artists like David Shrigley and Ann Lislegaard. The gallery also features free admission to some special exhibitions. The gallery building is interesting itself,  its older part was built in 1896 and designed by architect J. Vilhelm Dahlerup, while its modernist extension was constructed in 1998 and designed by Anna Maria Indrio.

Copenhagen Pride is the city’s annual week-long celebration of the local lesbian, gay, bisexual and transgender (LGBT) community and features a whole host of events, many of which are in and around Copenhagen’s City Hall Square, which is renamed Pride Square for the festivities, before culminating in a colorful parade that thousands take part in.

Lovers of musical festivals will find their perfect event in Stella Polaris, Denmark’s free traveling one-day electronic music festival that takes place in five locations across Denmark, including Kolding and Sønderborg. The first Stella Polaris took place in 1997 and has been a fixture on Copenhagen’s summer cultural calendar since 2001. The Copenhagen leg takes place in the beautiful Frederiksberg Park with a DJ booth set up in front of the Frederiksberg Castle with speakers dotted around the park so no-one will miss out on the music. The festival has a chilled-out ambiance and a relaxed and friendly vibe that attracts everyone from discerning music lovers to families with young children.

Each summer the Danish television station TV 2 Zulu hosts a program of free open-air film screenings taking place across Denmark in some of the country’s most picturesque parks. The screenings take place at Fælledparken, a beautiful park constructed between 1906 and 1914 by landscape architect Edvard Glæsel, and Østre Anlæg.  Bring a blanket, some popcorn and beers and enjoy watching a film under Copenhagen’s balmy summer skies.

Overgarden is a contemporary art gallery located in a beautiful 19th century building situated in the banks of the Christianhavns Kanal that was established in 1986 by a group of local artists who wished to provide a space for other young artists in which to exhibit their works.

What trip to Copenhagen would be complete without a visit to one of its most iconic landmarks, The Little Mermaid sculpture down on the city’s scenic Langelinie promenade? The 101 year-old sculpture was created by the Danish-Icelandic sculptor Edvard Eriksen and commissioned by the Danish brewer Carl Jacobsen, son of the founder of the Carlsberg brewing company, as a gift to the city of Copenhagen. Unveiled in 1913, The Little Mermaid was inspired by the famous fairy tale by Hans Christian Andersen and modeled on a ballerina, Ellen Price, who Jacobsen had seen perform in a ballet based on the fairy tale. Its proximity to the promenade has meant the beautiful sculpture has often been the victim of vandalism that has included its head being cut off and paint being thrown over it, though the city of Copenhagen has each time lovingly restored its most iconic attractions.