This Small Shopping Street in Denmark Is Known as 'Little Paris' 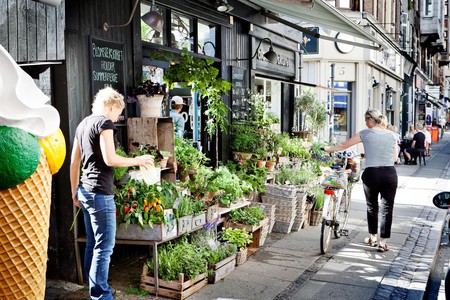 A narrow street located between the posh area of Frederiksberg and the hip area of Vesterbro breathes Parisian air into Copenhagen. When locals want to trade Scandinavian style for Paris’s romantic vibes, all they have to do is ride their bikes down to Værnedamsvej – a shopping street also known as ‘Little Paris’.

Stretching from Gammel Kongevej to Vesterbrogade, Værnedamsvej is only less than 10 minutes away from the city centre yet it feels like it’s miles away. Boasting French restaurants, flower stores and cosy cafés with chequered tablecloths, the cute and small street is known as Copenhagen’s ‘Little Paris’.

In the late 1800s, the street was known for being home to numerous butcher shops that served their discerning clientele up until the first half of the 20th century. The residents of Frederiksberg, the city’s posh neighbourhood, would go to Værnedamsvej and buy high-quality food and drinks from Juuls Vin og Spiritus, a liquor shop that has been offering the best of spirits and drinks in Copenhagen since 1926. 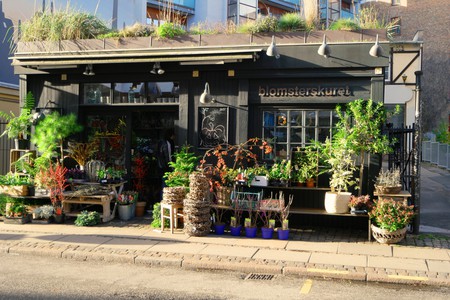 The area first began its Parisian transformation in 1973, when Lycée Français Prins Henrik, a French international school, moved to Frederiksberg Allé in central Copenhagen. But it wasn’t until the early 2000s that restaurants and boutiques started popping up one after the other while adding to the French atmosphere that visitors absorb.

Les Trois Cochons, one of the area’s most popular restaurants, opened its doors in 2005. Housed in a former butcher shop, the stylish restaurant is known for bringing southern French cuisine to Copenhagen. In the same year, a new building, which is part of Lycée Français Prins Henrik, opened on Værnedamsvej 13. Suddenly, the air of the small street was filled with French conversations, the smell of tarte flambée and a real Parisian vibe. 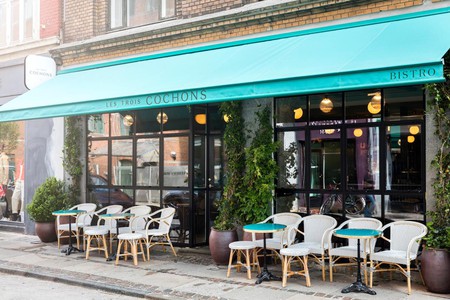 Nowadays, those looking to escape Nordic minimalism can enter a Parisian world filled with plenty of places to visit. From a chocolate shop and a bakery to clothing shops and art galleries, the street brims with life from early in the morning.

Start your day with a cup of coffee and a flaky croissant at Granola, an elegant café decorated 1950s style, and allow yourself to forget that you’re in the heart of Scandinavia. With Blomsterskuret’s colourful flowers decorating the pavement, a great variety of cheeses and other delicacies to be found at Helge‘s shop, plus wine bars such as Falernum, it won’t take long before you’re enchanted by the street’s unique character.

End your trip to Copenhagen’s ‘Little Paris’ at Café Viggo, a perfect spot that functions as a bar, restaurant and café. They offer a long list of high-quality wines and dishes accompanied by the authentic atmosphere of a French bistro. 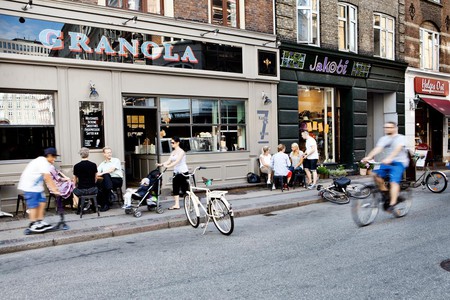