EUROPE
/
DENMARK
/
Things to Do 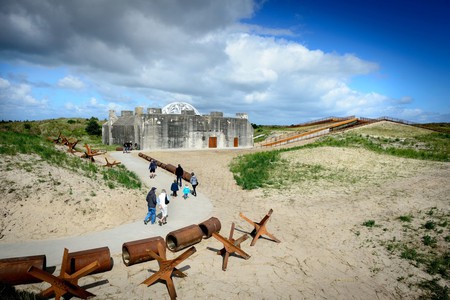 Dubbed ‘a sanctuary in the sand’, this German World War II bunker on the west coast of Denmark has been transformed into an incredible war museum that delicately respects both the historic building’s natural surroundings and its cultural context. 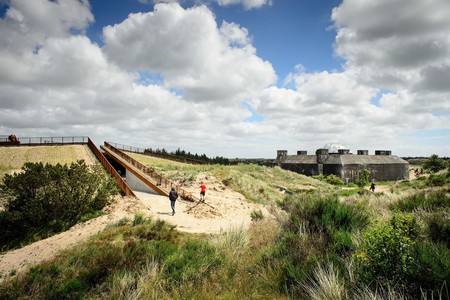 Created by the famous Bjarke Ingels Group (BIG) in collaboration with Tinker Imagineers and Varde Musuems, the museum seamlessly blends in with its surroundings. BIG took a sensitive approach to the overall design, choosing to construct a new cultural centre that’s virtually hidden among the sand dunes surrounding it and counterbalances the salient war stories linked to Blåvand.

Director of Varde Museum Claus Kjeld Jensen says: ‘The new TIRPITZ is a portal to the Danish West Coast’s treasure trove of hidden stories. It has been our goal to create a humble, world-class attraction surprising its visitors with new perspectives on the majestic landscape. TIRPITZ is an incredible, one-of-a-kind experience – violent, astonishing, dramatic, hidden – almost invisible.’ 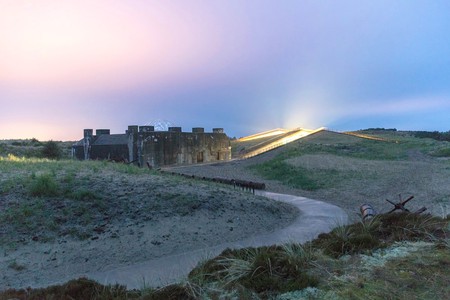 Despite being tucked away, the museum stretches across a generous 2,800 square-metre floor plan, which includes four large exhibition spaces within and beyond the imposing cast-concrete bunker. The new addition, however, delicately cuts into the neighbouring sand dunes, with plenty of daylight let into the underground spaces via ribbons of glass. 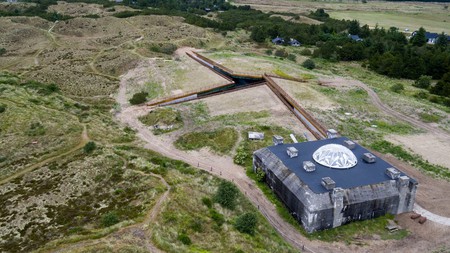 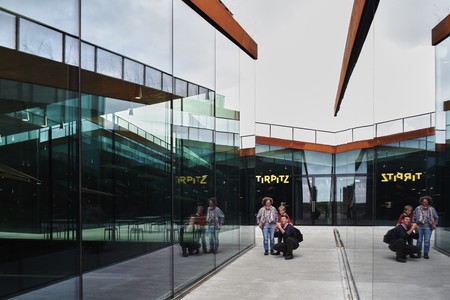 Project architect Bjarke Ingels says: ‘The architecture of the TIRPITZ is the antithesis to the World War II bunker. The heavy hermetic object is countered by the inviting lightness and openness of the new museum. The galleries are integrated into the dunes like an open oasis in the sand – a sharp contrast to the Nazi fortress’ concrete monolith. The bunker remains the only landmark of a not-so-distant dark heritage that, upon close inspection, marks the entrance to a new cultural meeting place.’ 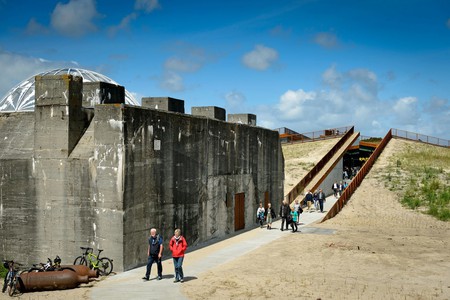 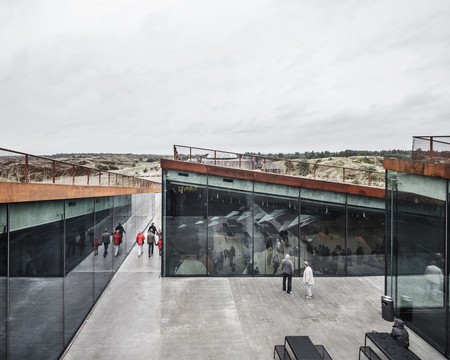 At the heart of the museum is a central courtyard with six-metre high glass panels surrounding the space, letting in plenty of daylight, while the courtyard itself provides access to each of the exhibition zones, which are designed by Dutch firm Tinker Imagineers. 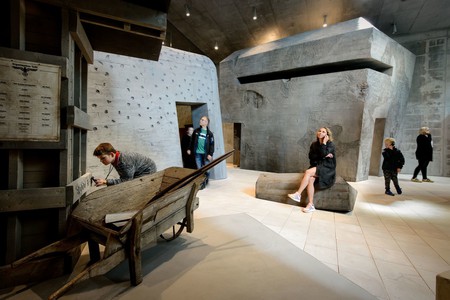 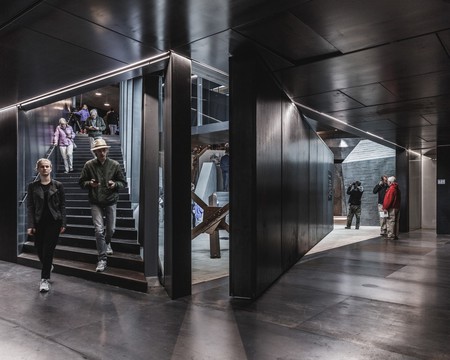 The museum will show a mix of permanent exhibitions and temporary displays, including Army of Concrete, which tells the narrative of those affected by Hitler’s huge Atlantic Wall defence project; Gold of the West Coast – a fascinating insight into the history of amber, presented as a sensory ‘steel forest’, where colours, temperature and sound changes throughout the exhibition. West Coast Stories covers the 100,000-year history of the Danish coastline and transforms into a night-time 4D-cinema every 30 minutes. 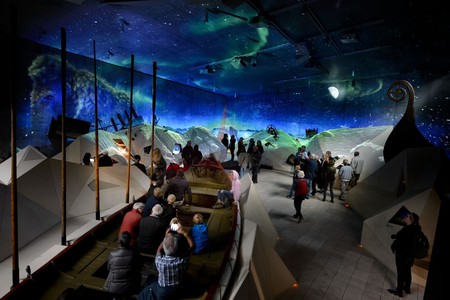 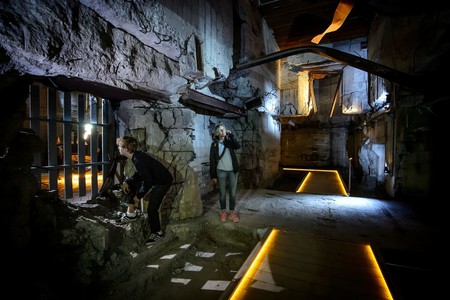 For more information on the new TIRPITZ museum, visit the website here. 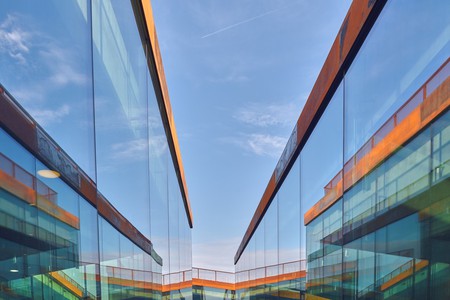 © Mike Bink Photography
Give us feedback