The World's Most Expensive Vodka Has Been Found in Denmark 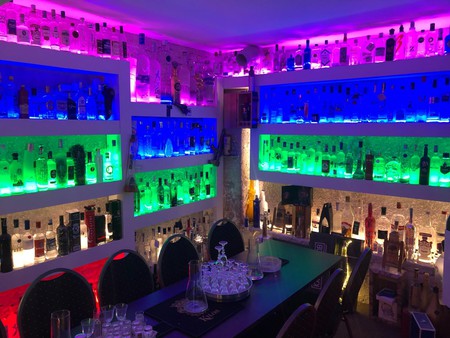 The world’s most expensive bottle of vodka was stolen from Cafe 33 in Vesterbro, Copenhagen. The bottle, which is worth a whopping $1.3 million (£960,000) was found on a construction site in Charlottenlund after the police had tracked it down a couple of days later.

The pricey bottle is made of 6.6 pounds of gold and silver and comes with a diamond-encrusted cap in the shape of a Russian Imperial Eagle. The wheat-based vodka is made of melted snow from the French Alps, among many things, and is said to be very tasty, smooth and round.

The bottle, which was made by Russian luxury car-maker Russo-Baltique was borrowed from Latvia-based company Dartz Motorz. It has been decorated with a 1912 leather ribbon from the company’s first Monte Carlo rally car along with a replica of the radiator guard used for Russo-Baltique cars.

In 2017 Dartz’s founder, Leonard F. Yankelovich, lent the bottle to Cafe 33 owner Brian Ingberg, who also has the largest vodka collection in the world.

The luxury vodka had been on the bar’s shelves among other luxury brands for approximately six months before the surveillance camera captured a man with a mask entering the bar’s basement with a key before running off with the bottle.

According to The New York Times, after hearing about the bottle’s disappearance Yankelovich first thought it was a joke. However, even after realizing that the bottle was actually stolen he still had faith that it would be returned to its owners, stating, “I trust the god of vodka”.

And it did, but it was empty. The police discovered it in the suburbs north of Copenhagen shortly after Ingberg had received a call from a man who claimed to know who had the bottle and that the thief wanted to return it to its rightful owner.

According to Ingberg, he had the feeling that the thief had realized he was in trouble as the police had gotten involved, not to mention Yankelovich wanting to send out people to look for it. Ingberg said in an interview with The New York Times that “it’s not the most fun item to possess”.

The lavish bottle is so impressive that it made an appearance on popular Netflix series House of Cards as a gift from the Russian president to his American counterpart.