The Top Museums in Aalborg

Kunsten Museum of Modern Art | © Allan Toft
Aalborg’s cultural scene may not be as thriving as Copenhagen’s, or as well known as that of Aarhus, but it has its own hidden gems. From modern-art installations to an underground exhibition, these are the top museums in Aalborg.

Building, Museum, Park, Shop
Thilo Frank, Kunsten Museum
With five exhibition halls displaying more than 4,000 artworks by Danes and foreigners and from both established and emerging artists, Kunsten is definitely one of Aalborg’s most notable museums and is a must-visit for culture buffs. The museum’s collection features mostly 20th century art, and other exhibitions take place throughout the year, as well as screenings, lectures, and other events.
More Info
Open In Google Maps
50 Kong Christians Alle, Hasseris Aalborg, 9000, Denmark
+4599824100
Visit website

Museum
Aalborg Historical Museum
In the centrally located Aalborg Historical Museum, visitors have the chance to explore the history of the city and of the surrounding areas over the past 1,200 years. Through the permanent collections and various exhibitions, the museum narrates the story of the city during the renaissance, and presents the most well-preserved civil renaissance interior in Denmark in its popular Aalborg room (Aalborgstuen). It also offers an insight into the city during World War II and in the 20th century, a time when Aalborg became known as ‘the City of the Smoking Chimneys’.
More Info
Open In Google Maps
48 Algade, Aalborg Centrum Aalborg, 9000, Denmark
+4599317400
Visit website

At the Franciscan Monastery Museum, which lies 10 feet (three meters) under the ground, visitors can see the ruins of a 13th-century medieval monastery. You can also see items excavated from the city and dating back to the Vikings and the medieval era at this underground museum dedicated to the history of Aalborg. 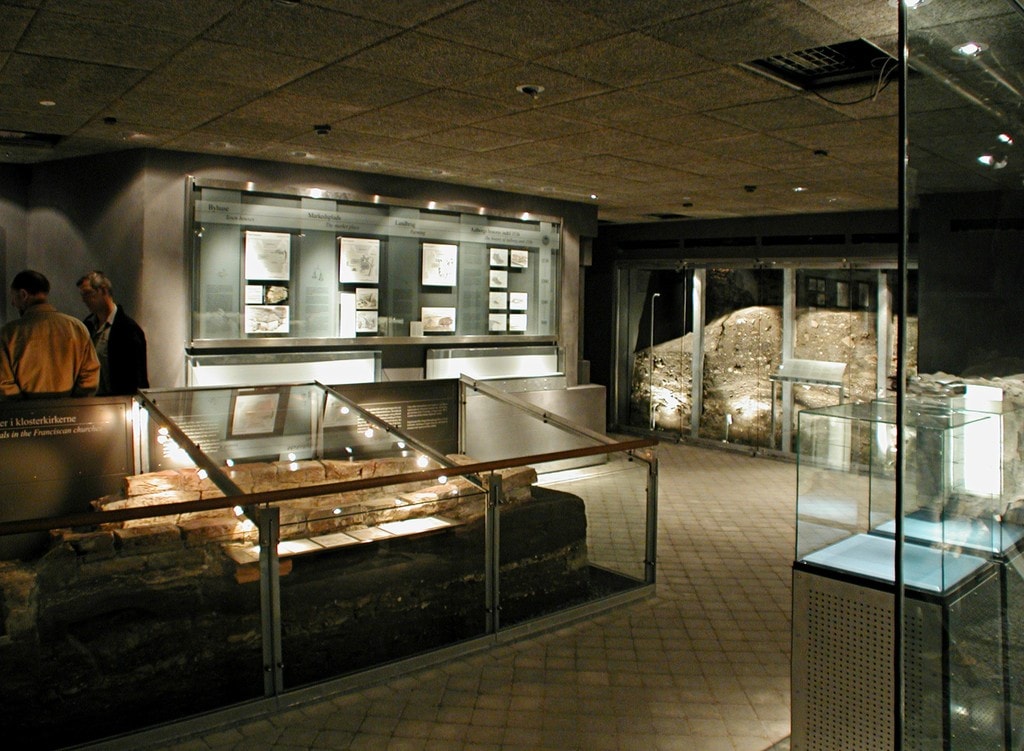 Museum
Lindholm Høje | © Rüdiger Stehn/Flickr
The Lindholm Høje Museum offers an insight into the Viking Age through remarkable exhibitions, and features a burial site of 700 stones marking the graves of some of these renowned warriors. Unique artifacts are displayed in the museum’s exhibition halls, while 3D animations, illustrations, and detailed reconstructions bring to life the daily lives of the Vikings. The renowned museum and burial site are approximately 30 minutes away from Aalborg’s city center by train.
More Info
Open In Google Maps
11 Vendilavej, Nørresundby, 9400, Denmark
+4599317440
Visit website

The Marine Experience Center houses a great collection of maritime equipment and Danish Navy ships that showcase the evolution of their maritime navigation system. One of the museum’s top attractions is the submarine Springeren.

When the architect of the Sydney Opera House, Jørn Utzon, designed the Utzon Center, his goal was to create a space where young architects could meet and exchange ideas. Now, 10 years after the building was inaugurated, Utzon has become a cultural space where through exhibitions, lectures, and workshops the best of design, architecture, and art are presented to the public, and a knowledge center where emerging talents can mingle with established architects.