EUROPE
/
DENMARK
/
Things to Do

The Oldest Amusement Parks in the World 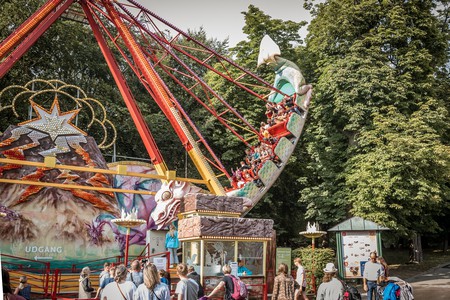 One of the rides at the oldest amusement park in the world, Dyrehavsbakken | © Stig Alenäs / Alamy Stock Photo

Long before Walt Disney drew his first picture, an amusement park in Denmark was already 300 years old and well on its way to becoming the oldest entertainment attraction in the world.

Dyrehavsbakken (The Deer Pasture’s Hill) is situated 10km north of central Copenhagen, and opened in 1583, making it the oldest operating amusement park in the world. The park, often known simply as Bakken (The Hill), is Denmark’s second-most-popular attraction with over 2.5 million visitors every year.

Bakken: the origins of a natural attraction

When a natural spring was discovered in 1583 in the forests of an area now known as Jægersborg Dyrehave, residents of nearby Copenhagen flocked to the area to sample clean water, something that was in short supply in the Danish capital. The large crowds brought with them entertainers, performers and vendors, giving birth to the oldest amusement park in the world. 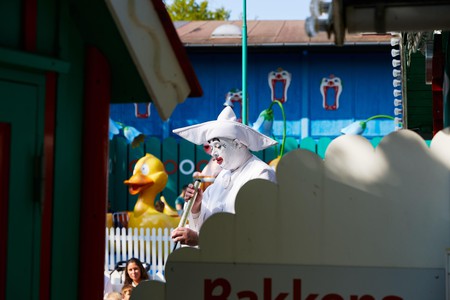 The park closed for a short period in the 17th century when it was used as a royal hunting ground (which gave it the name used today). It was later reopened to the public by King Frederick V in 1756. Bakken was a popular destination for some of the best known entertainers on the continent and grew in size thanks to improved transport links via steamboats and railroads.

Bakken now has many modern amusement rides, including six roller coasters and several automated attractions. Tivoli Gardens in Copenhagen soon followed suit and is one of the most popular tourist attractions in Denmark, and the second-oldest amusement park in the world. 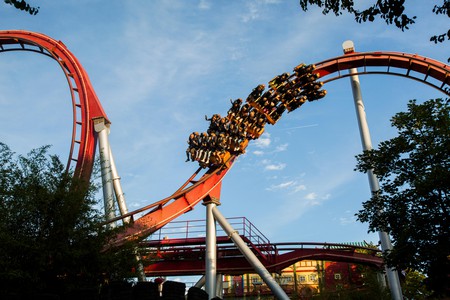 Both Tivoli and Bakken are widely considered to be the inspiration behind other amusement parks around the world, with Walt Disney opening the first Disneyland resort four years after a trip to Denmark in 1951.

The best thing about Bakken, and one of the main reasons it continues to thrive today, is the fact that it remains completely free to enter the park.

The oldest amusement park in America

A number of amusement parks were already open across Europe before America got in on the act. Lake Compounce in Bristol, Connecticut, was an outdoor recreational area that was established in 1846. A casino was built on the grounds in 1895, and soon a wooden coaster called the Wildcat followed. That ride, as well as a well-known water park, is still operating today. 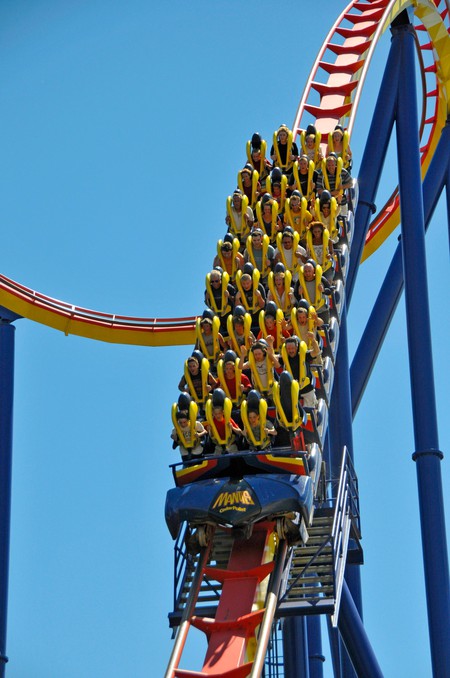 Cedar Point in Ohio is known as “the roller coaster capital of the world”. The park is the most visited seasonal attraction in America and has a world-record 72 rides on offer to visitors. The park also boasts more roller coasters above the benchmark height of 200 feet than anywhere else in the world. Cedar Point opened in 1870, making it the second-oldest amusement park in America.

If you’re desperate to try the oldest roller coaster in the world, then head down to Lakemont Park in Altoona, Pennsylvania. The theme park opened in 1894, with the Leap-The-Dips ride opening in 1902. The wooden, side-friction roller coaster operated continuously until 1985, but a renovation project saw the ride reopen a decade later.

The oldest amusement park in Asia

Hanayashiki amusement park in Japan is Asia’s oldest theme park. It was originally opened as a flower park in 1853, with the first ride installed in 1872. The Tokyo attraction is still open, although it is better known today as a small, family-friendly destination that is rich in heritage if not thrill. 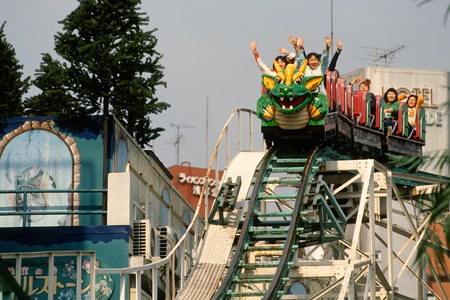