The Most Spectacular Places to Cycle in Denmark

Denmark is a great country for bike trips | © skeeze / pixabay
It’s known worldwide that Denmark has a long cycling culture, with locals using bikes in order to move around the city. It’s also well known that Denmark has a varied and beautiful landscape with long coasts, pastures and forests that are worth being seen. According to locals, there isn’t a better way to explore the country’s beautiful places than on their beloved two-wheeled vehicle. Whether you want a relaxed cycle tour by the beach or a more adventurous mountain bike ride down a bluff side of a forest – our guide has you covered.

Bonholm is the island most Danes choose to spend some days during their summer vacations. Surrounded by the Baltic Sea, the picturesque island with colorful houses, sunny beaches and vast forests is a great destination for those who want to enjoy some moments of relaxation away from the city. Most travelers choose to explore Bornholm by bike; not only because it has cycle routes all around the island but also because it’s the perfect way to see every hidden corner of its stunning landscape. 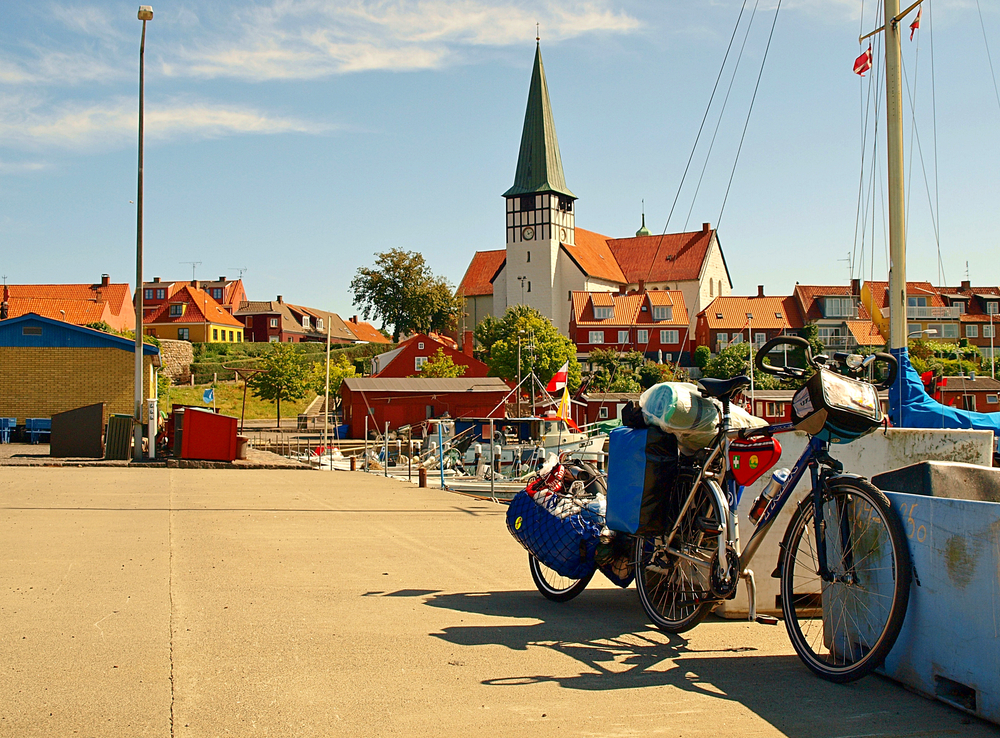 It may be the second largest city on the island of Funen, but Svendborg is characterized by small quiet streets and a peaceful atmosphere. Like the rest of the country, cycle paths are everywhere – allowing cyclists to discover different areas. Sea lovers should cycle along the coast while culture enthusiasts should head north and visit Egeskov – the best preserved Renaissance castle in Europe. 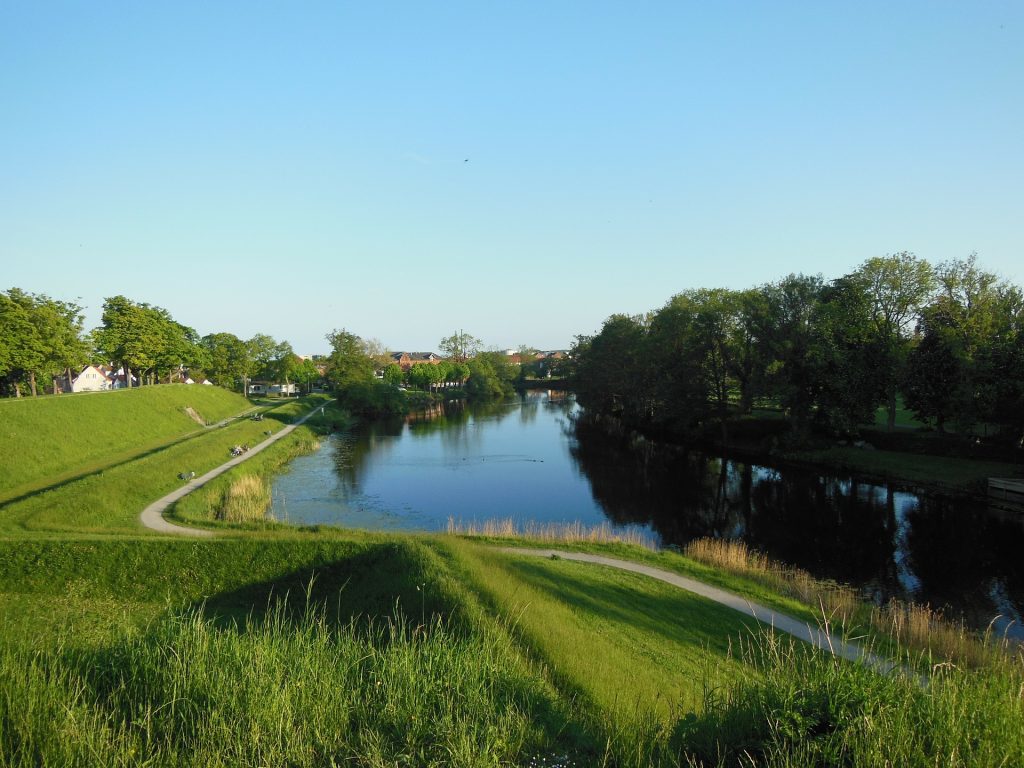 The part south of the island of Funen, known as South Funen Archipelago, consists of approximately 55 islands and is considered one of the top destinations in Denmark. All of the islands have beautiful beaches and landscapes that are worth a visit, but Ærø is the one that stands out. It is one of the best places for cyclists because it’s mostly flat and it can easily be explored on two wheels. Plus it’s one of the warmest and sunniest places in Denmark. It is often described as the ‘Fairytale Island’. Ride your bike and delve into every attraction that the three cities and 14 villages of the island have to offer. 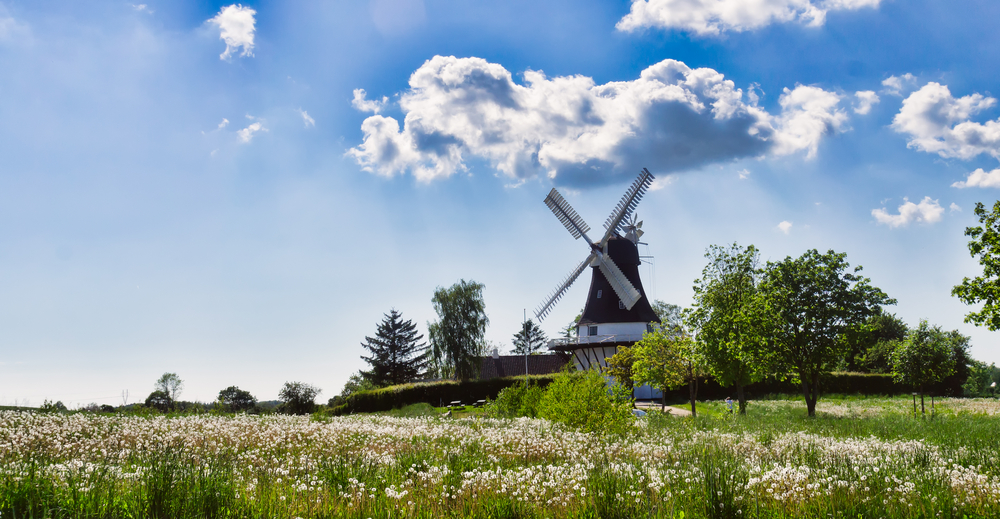 North Jutland is also known for its stunning landscapes and cyclists often choose it for an excursion or long bike tours. Frederikshavn, a town northeast of Jutland, is one of the most touristic destinations in Denmark and its spectacular scenery is worth being explored on two wheels. Those who like challenges and would like to add some action in their holidays should take a bike tour from Frederikshavn to Skagen. It takes approximately three hours to get there and no matter which route you choose to take you’ll see one of the best parts of Denmark’s nature. 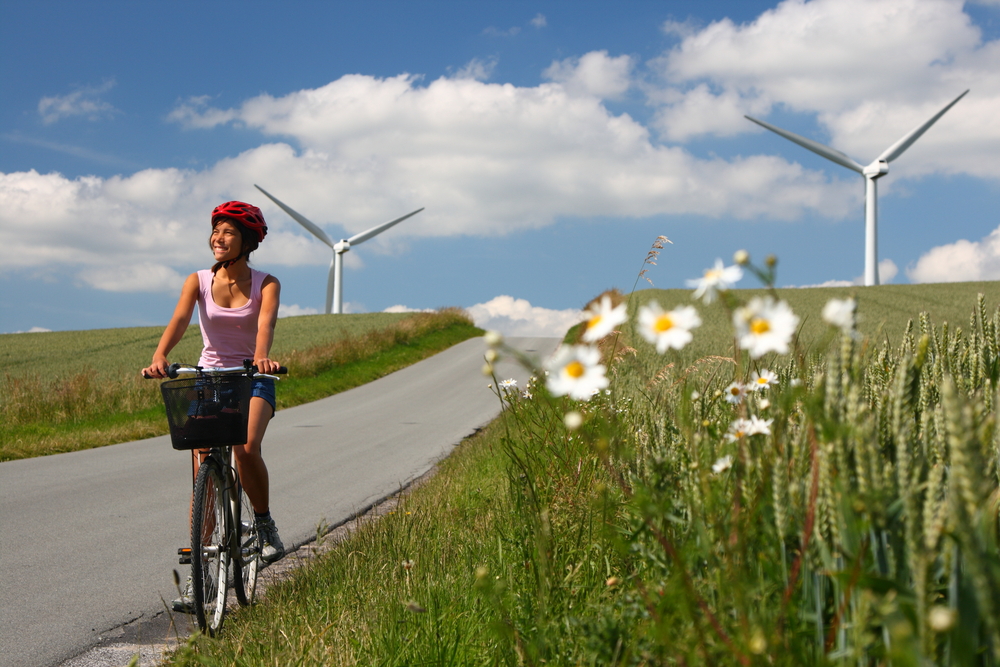 Forest, Store
Rold Forest | © Thomas Rousing/Flickr
Adrenaline seekers should try a mountain bike tour at one of the most beautiful forests in Denmark, Rold Skov. There are three routes, the Big Blue (Den Store Blå), The 24 hours route (24 timers ruten) and Denmark’s largest downhill track. Choose the one that fits your taste and abilities best and travel through ancient beech trees and springs. Campsites can be found all over the alluring forest, but you can also set your tent in specific places and spend the night while meeting other adventurers and nature lovers.
More Info
Open In Google Maps
Skørping, 9520, Denmark
+4572543000
View menu
Visit website
Visit Facebook page
Send an Email
Give us feedback

Some of the most remarkable cycling routes are found in the area around the city of Aalborg. The Limfjord cycle route is 600km long and those who’ll manage to cycle all the way from Hals to Thyborøn will pass by forests, lakes and hills. A shorter route, but equally beautiful, is the Halkær route which leads from Nibe to Havbro. Explore the area in your own rhythm and discover places that can not be seen when traveling by car or train.

Finally, if you’re traveling in this part of Denmark you shouldn’t miss out visiting Fur Island. It’s a cyclist’s paradise. Take a ride up to the top of the island and enjoy the breathtaking view or cycle along the coast and soak up some sun while exploring the Danish countryside. With ferries coming approximately every 15 minutes during summertime, getting there from the highland is quite easy.