The Legend of How a Flag Gave Denmark Strength in Battle 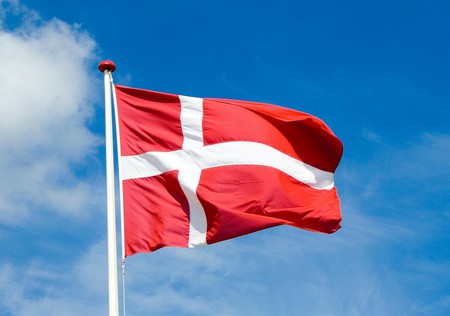 One of the things Danes are very proud of is their national symbol. After all, it’s the world’s oldest flag. Many foreigners get surprised when they see the white-on-red cross banner in every corner around the country but that’s because they don’t know its story and/or what the 13 ‘flag days’ is about.

The Origins of the Danish Flag

Long before the Danes converted to Christianity, they believed in the Norse Gods and Goddesses. Therefore, during the Vikings Age, the Danes’ national symbol was a red banner with Odin’s holy symbol—the black raven—on it. It is believed to have been replaced with a white cross during the times of Christianization. The white cross on red background was used by the Roman Empire and its leader, Emperor Constantine, but it originates in the age of The Crusades. The Kings of Denmark used this white-on-red cross banner for the first time in the 14th century, but the reasons why remain unknown. 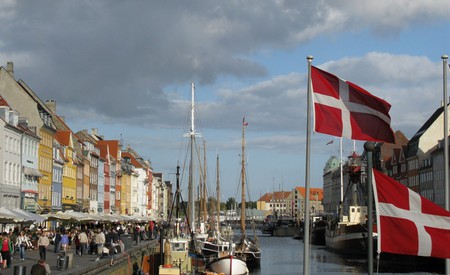 What the Legend Says

The Flag of Denmark, known as Dannebrog (‘The Flag of the Danes’ or ‘The Red Flag’), is the world’s oldest national flag. Some say it was first used as maritime flag in the 16th century. In 1785, it was introduced as regimental flag in the Danish army and in 1801 for the military. For the next few decades, it was the State’s and army’s symbol. Even though it had become widely popular and used as an unofficial-national flag, it wasn’t until 1854 that citizens were permitted to use it.

Many historians have examined the origins of the Danish flag, and there are various opinions about when the flag miraculously appeared from the sky. The one considered to be correct is as follows: the flag’s story starts in the 13th century. According to legend, the Dannebrog fell from the sky during the Battle of Valdemar (Volmerslaget), near Lyndanisse in Estonia on 15 June 1219. In Franciscan monk Peder Olsen’s writings (1527), he mentioned that King Valdemar II attacked the city of Lyndanisse in order to conquer it and Christianize its inhabitants. The Danes were being defeated until the flag fell from the sky and gave them strength to continue until they finally won the battle. 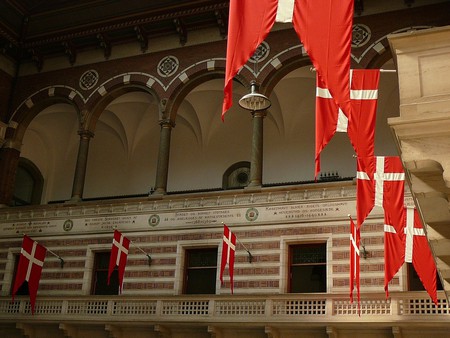 The Importance of the Danish Flag Nowadays

The Danish flag is an important symbol for Danes even nowadays. During birthday celebrations and other special events, small-paper flags decorate people’s homes and table. Moreover, on 13 specified days during the year, the streets, buildings, and even buses are decorated with Dannebrog. This happens due to a regulation of ‘flag days’ that was introduced in 1886 by the War Ministry. A list of flag days has been included in the yearbook Hvem-Hvad-Hvor since 1939.