The Greatest Pop Songs That Will Help You Learn Danish 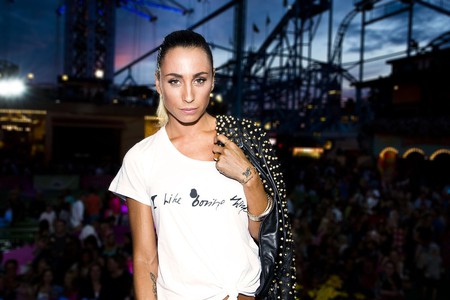 Take a glimpse into the Danish music scene and brush up your Danish language skills with these 10 pop songs that have reached the top of the music charts.

JNiclas Genckel Petersen and Jannik Brandt Thomsen, the members of the pop duo Nik & Jay, entered the Danish music scene back in 2002. Just one year later, they were named as the Best New Artist at the Danish Music Awards while their single ‘Hot‘ won the prize of the Hit of the Year.

Being son of Anne Linnet, a famous Danish singer from the 80s, Xander couldn’t be anything less than talented. His debut single ‘Det burde ikk være sådan her’ was released in 2010 and occupied the top of the Danish charts selling more than 30,000 copies.

Rasmus Seebach – ‘I Mine Øjne’

The 37-year-old songwriter and producer, Rasmus Seebach, has been part of the music scene since the late 90s when he started producing and writing songs for other Danish and international artists. Twenty years and a long career later, Seebach retains his place in the music charts.

The renowned Danish pop singer Medina is unquestionably one of locals’ favorites. She has already released six albums and in the 2010 Danish Music Awards she won the awards for Female Artist of the Year, Album of the Year, and Songwriter of the Year.

The Danish-Hawaiian hip hop/pop singer and producer Joey Moe has been playing and studying music since he was a child. In 2009 he released ‘Yo-Yo’, a dance single that put him on the foreground and reached number three on the Danish Singles Chart. He has been collaborating with many renowned Danish artists ever since, such as Jinks and Nik & Jay.

Thomas Holm‘s debut single ‘Nitten’ was released in 2009 and went platinum with 30,000 downloads. Over the past eight years the Danish pop singer has taken part in several projects and has released eight singles and one studio album.

Formed in 1996, Nephew already count 20 years in the music scene. The Danish rock band from Aarhus, with both Danish and English lyrics, became particularly known after the lead singer appeared in a cult comedy show on Danish television in 2004.

Niklas became known from his song ‘Ingen Dikkedarer’ that was first released on Youtube. Shortly after the 33-year-old was signed to Sony Music and released his first official single ‘Ikke mer’ mig (Niklas f*** dig)’ in 2011.

Burhan G started his career in the Danish pop music scene in 2004 and he has already certified platinum in Denmark for two of his five studio albums. Over the years Burhan G has collaborated with many famous Danish artists including Medina and Nik & Jay.

Before Lauritz Emil Christiansen, Jonas Eilskov, Stefan Hjort and Pelle Højer became Page Four, they were performing cover versions and uploading them online. It wasn’t long until Sony Music Entertainment Denmark discovered them and signed with them. All of their four singles reached top 15 in the Danish single chart Tracklisten, while one of them entered the Europe Official Top 100.