The 10 Most Iconic Pieces Of Danish Design

Denmark has a long history of quality design, mainly focused on functionalism and simplicity. Combining different industrial technologies, Danish designers have managed to radically change public perception of design from something seen as reserved only for artists and professionals to something enhancing everyday life. We discover more about ten of the most iconic pieces of Danish design that have had a high impact today’s society. 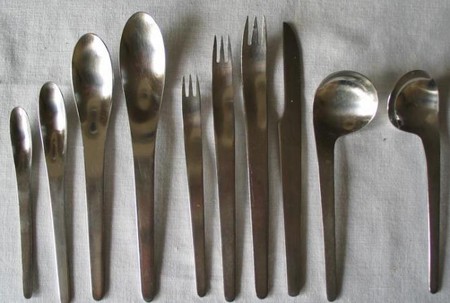 When admiring the design of a set of AJ cutlery, one can be forgiven for mistaking it for a product designed in the 21st century, when in fact it was designed by the prolific mid-century Danish designer Arne Jacobsen in 1957. Perfectly balanced and discreet in appearance, this set of cutlery is both mesmerizing and undemanding, allowing its function to dictate over its ageless design. Made of curved, matte stainless steel, the eating utensils were designed by Jacobsen for use in the Radisson SAS Royal Hotel in Copenhagen. After the hotel opened, the set attracted a lot of attention and eventually attained something of a cult status in design circles. Considered by some as icon of futurism, Jacobsen’s design has also been featured in many films, most notably in the opening scenes of Stanley Kubrick’s 2001 Space Odyssey. 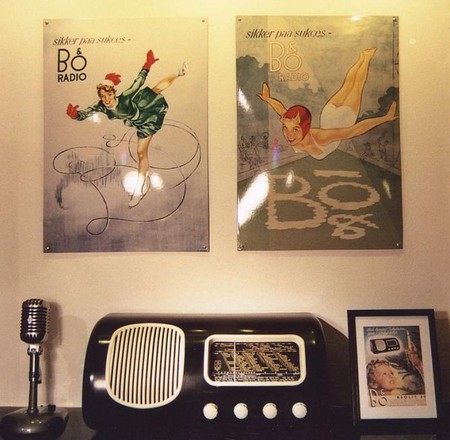 One of the first radios to be manufactured from Bakelite, designed at a time when most radios and audio equipment used more traditional harder materials such as wood and metals, the Beolit 39 home radio system became an icon of Danish industrial design. With swooping curves and a complete lack of sharp corners, the design of the radio bore influence from Art Deco American automobile design. The design philosophy behind Beolit was to merge design, science and industrial scale manufacturing to create consumer products with unbeatable market appeal. The success of the Beolit 39 marked an important turn towards the production of highly designed consumer electronics for which Bang & Olufsen became renowned.

A more recent addition to the Danish design canon, the Caravaggio lamp is a simple but dominant piece of lighting. Mixing both feminine and masculine forms, the hanging lamp easily assumes the center of focus in any room. Taking cues from Italian mid-century minimalist design, the Caravaggio is an universal piece of lighting that suits almost any environment. The designer Cecile Manz has managed to create a powerful piece of lighting design following the design philosophy set out by Paul Henningsen. The Caravaggio lamp manages to both add ambience to a room and avoid exposing its subjects to glare from the main light source, no matter the position or the height the lamp is situated. Caravaggio is a perfect contemporary example of Danish minimalist functionalism. 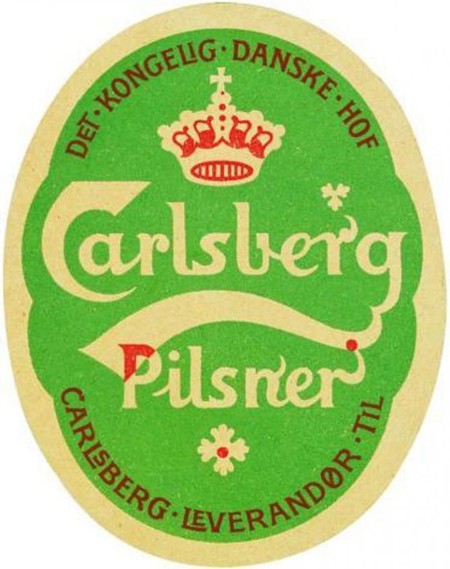 Considered the first among Danish graphic designers, Bindesbøll is himself a talented architect that broke away from the conventions of his time. In 1904, he opted to design a completely new logo for the famous Danish beer company Carlsberg. Bindesbøll’s approach was new, as most logos at the time resembled handwriting, with any typefaces used being mostly imported from German printers. With his background in architecture, Bindesbøll was free to ignore the conventions of typography and focused on treating each individual letter in his design as a separate work of art. Bindesbøll managed to merge both print characters and the style of handwriting to create a consumer icon that has lasted – with only minor adjustments – for more than a hundred years of use all around the world. 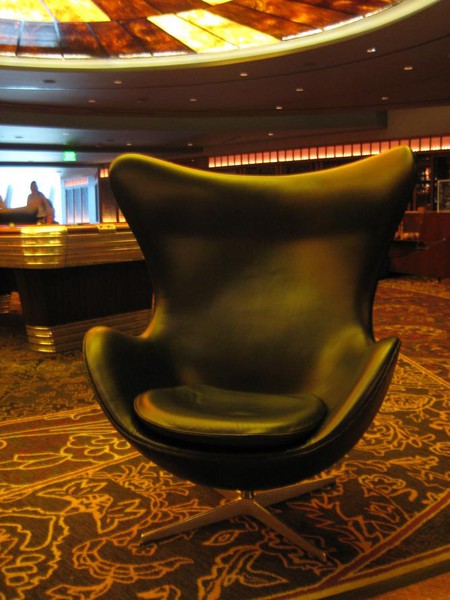 Designed in 1958 by Arne Jacobsen, the Egg chair was part of the artist’s wish to design every aspect, from the facade to the details of interior decoration – perfect for its eventual placement in the Radisson SAS Royal Hotel in Copenhagen. The Egg is a perfect example of Jacobsen’s principles of design, he laboriously built the prototype for the chair in his garage using synthetic plaster as the material for the frame, discovering that more traditional materials would not suffice. The unique use of curved lines and simple forms made the Egg stand out in the world of furniture design and attracted much attention to Jacobsen’s work. The Radisson Royal hotel subsequently became a must-visit for design aficionados. To this day, original Egg chairs still decorate the hotel lobby. 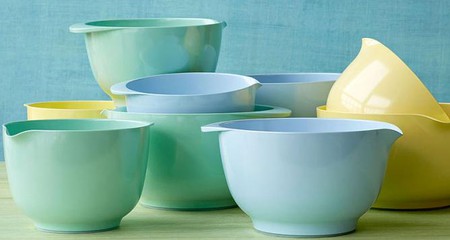 Designed by the Danish design legend Jacob Jensen in 1954, the modest Margrethe mixing bowl has managed to achieve the status of the ‘best mixing bowl’ on the market for both amateurs and professionals. Named after the Queen Margrethe II of Denmark, the bowl has become a real icon of functionalist Danish design and considering its popularity, well worth its royal name. Indeed, praise for its design is difficult to miss as the bowl has even been lauded as having reached the apex of functionalism and in turn, achieved the status of an icon of Danish design philosophy. Danish and Scandinavian design principles hold that functionality is a basic requirement for an object to achieve beauty, in this the Margrethe bowl succeeds magnificently.

Although most famed as an author, architect and an academic Paul Henningsen achieved enormous success in lighting design with his series of light fixtures for Louis Poulsen. Following on from his more general interest in light and how it affects human beings, Henningsen is credited for establishing light architecture by creating his signature PH lamp series. Henningsen designed all the PH lamps based on his theory that the observer should never see the actual light source. Like other examples of Henningsen’s work in lighting, the most famous lamp in the PH series, the Artichoke lamp, was designed so that layers of shades are created between the light source and the subject. This creates an effect of soft and diffused light and completely eliminates any visual glare. 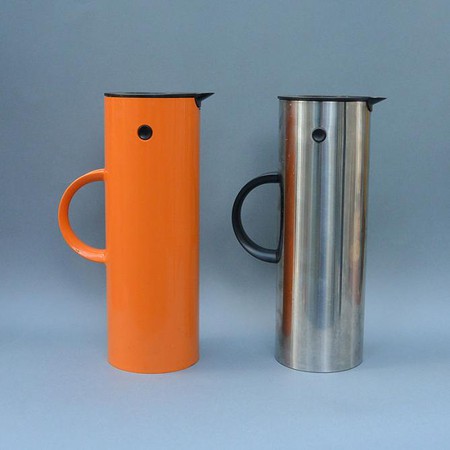 Designed in 1977, the revolutionary thermos design became one of Stelton’s best known products and an excellent example of Danish design. Aesthetically very beautiful with bright colours and sharp clear lines this outwardly simple jug was also designed with functionality in mind. His design earned Magnussen the distinguished ID prize from the Danish Society of Industrial Design, primarily for the jug’s special lid that would automatically open when the jug was tilted for pouring and close back up again when the jug was placed upright, keeping the liquid inside at a constant temperature. This rocking design element has garnered the piece considerable international fame, becoming a much cited example of functionalism in Danish design. 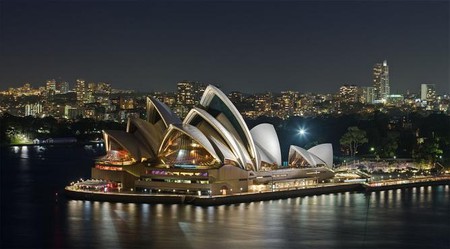 Perhaps the most widely recognised example of Danish design on the world stage, Sydney Opera house became the crowning achievement of Danish architect Jørn Utzon’s career when it was awarded World Heritage status in 2007. Sydney Opera House is an outstanding example of architectural talent, creativity and vision. Fitting perfectly within its surroundings in Sydney Harbour, Utzon designed a building that was to be something completely unique and greatly ahead of its time both in its appearance and technology. Sydney Opera House would eventually become a landmark defining and changing the image of an entire country. Brave and daring, the opera house is an exemplary icon of Danish design, a creation that challenges and subsequently changes notions of beauty, functionality and simplicity. 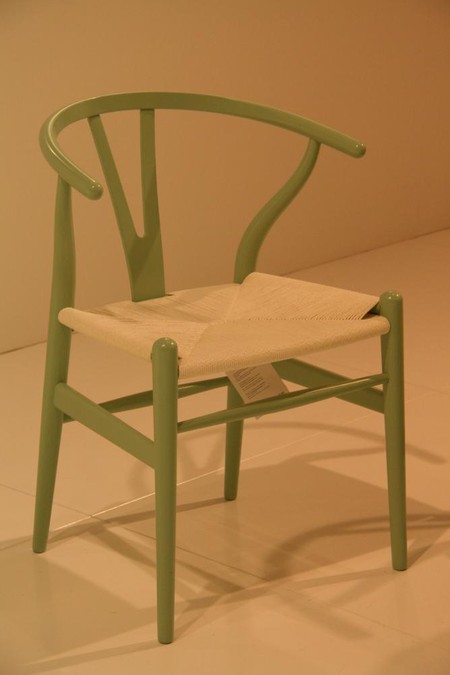 Designed in 1949, the Y or the ‘Wishbone’ chair has been in continuous production for more than 50 years. Hans J. Wegner is a landmark figure in Danish furniture design and the Y chair is perhaps his most iconic work. Both an innovation in manufacturing and a catalyst to changing attitudes towards furniture design in the 1950s and 1960s, the Y Chair continues to be a highly sought after piece of interior design. The origin of the design is a testament to its timeless appeal. Jacobsen created the design from looking at classical portraits of Danish merchants seated on Ming era chairs from China. While being both beautiful and functional, the chair also requires expert craftsmanship, ensuring every example is made to museum quality standards.