The 10 Best Danish Fashion Designers You Need To Know

With new, talented designers emerging every year, Denmark’s fashion scene is experiencing a sartorial boom. From the classic Scandinavian minimalism of up-and-coming designer Maikel Tawadros, to the avant-garde, boundary-pushing designs of Henrik Vibskov, Culture Trip takes a look at ten Danish fashion designers who are making waves in international fashion. 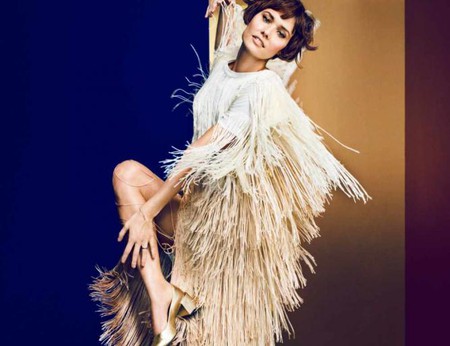 A 2005 graduate of London’s Central St Martins, Stine Goya established her eponymous label in Copenhagen the following year and by 2009, was hailed as Denmark’s Best Upcoming Designer at the DANSK Fashion Awards. Striving to create apparel that inspires women to express their individuality, Goya incorporates feminine silhouettes, playful and vibrant color palettes and arty prints into her designs, crafting a look that is both whimsical and contemporary. Since her Copenhagen Fashion Week debut in 2007, Goya has continued to wow local fashionistas and is now an international name with 90 stores across the globe retailing Stine Goya designs.

Since opening his first store in Copenhagen over 30 years ago, Ivan Grundahl has earned a name for himself not only in his native Denmark, but across the globe and now boasts stores in New York, Oslo, Beirut and Dubai too. Edgy, innovative and international, Grundahl’s designs pair asymmetrical cuts, irregular silhouettes and flowing forms with contrasting fabrics like wool and leather resulting in an urban, avant-garde look. Grundahl’s Autumn Winter 2015 collection, showcased at Copenhagen Fashion Week, was a chic, grungy line dominated by ruffled, flowing black dresses, random pops of color and offbeat oversized hats. 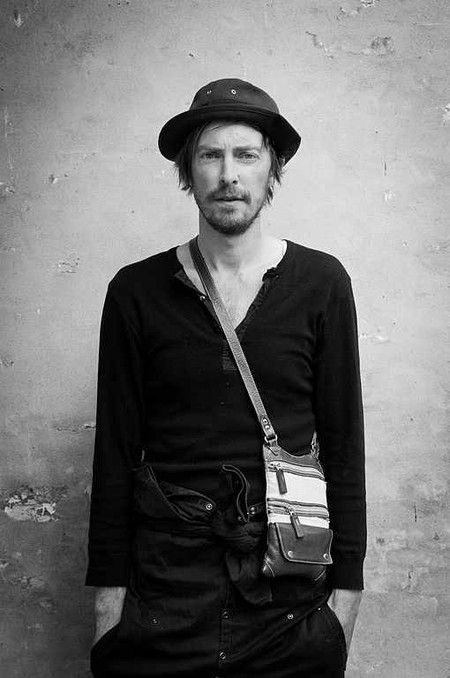 Dubbed Danish fashion’s enfant terrible, Henrik Vibskov – who established his label after graduating from Central St Martins in 2001 – describes his offbeat, eclectic and experimental designs as “a multitude of twisted yet tantalizing universes” and is known for his outlandish runway shows that combine fashion and installation art. A multi-award-winning designer, Vibskov is the 2011 recipient of the esteemed Söderberg Prize, which recognizes exemplary Nordic designers and craftsmanship, and is currently the only Scandinavian designer on the Paris Men’s Fashion Week’s official schedule. Vibskov’s designs and art have been exhibited internationally at venues including Helsinki’s Design Museo and New York’s MoMA PS1. 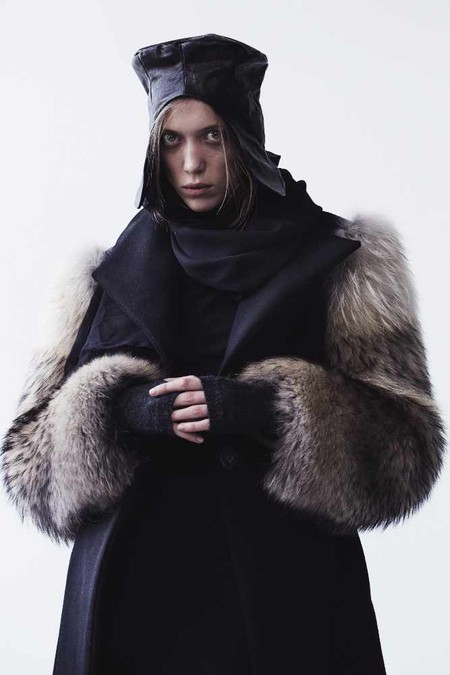 One of Denmark’s most talented up-and-coming designers, Maikel Tawadros graduated from the Copenhagen Academy of Fashion and Design in 2012 and cut his teeth working with various Danish designers, before setting up his own womenswear label. Deeply rooted in Scandinavian minimalism, Tawadros’ designs are often in monotone hues and made of a mix of contrasting fabrics – think leather and wool juxtaposed with sleek jersey and silk – and characterized by sharp architectural silhouettes and grungy elegance. Tawadros’ Autumn Winter 2015 collection, recently showcased at Copenhagen Fashion Week, is titled ‘Nomad’, and draws inspiration from nomadic Arabic cultures and Nordic minimalism. 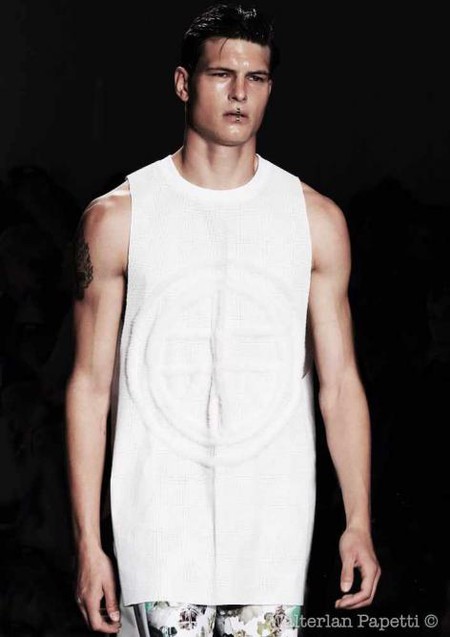 London-based menswear designer Astrid Andersen graduated from London’s Royal College of Art in 2010 and that same year her distinctive luxury sportswear – an intriguing look that mixes urban masculinity with feminine fabrics and palettes – earned her a nod from Vogue Italia as one of the most promising designers of the year. In 2014, Andersen was named a NEWGEN Men designer; an initiative between the British Fashion Council and clothing store TOPMAN that supports emerging menswear designers. This year, she looks set for further success – 2015 saw her first show at New York Fashion Week, and a shortlisting for the LVMH Young Fashion Designer Prize.

Womenswear and menswear designer Nicholas Nybro first made waves in the fashion world with his graduate collection, The Danish Open Sandwich, created while studying at Kolding’s Designskolen. This collection then went on to win the H&M Award at the 2009 Mittelmoda International Fashion Competition, before Nybro set up his own label in 2011. His designs are conceptual yet unpretentious, playful without compromising on craftsmanship, and characterized by vibrant colors, experimental forms and elements of pop art and street glam. Nybro’s Autumn Winter 2015 collection, A Doll Story, debuted at Copenhagen Fashion Week, and featured an interplay between wintry, muted colors contrasted with bright splashes of acid pinks and greens. 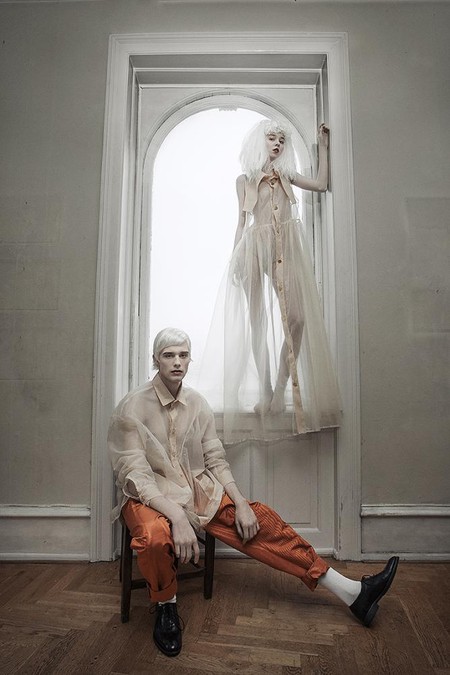 After graduating from the Royal Academy of Fine Arts in Antwerp, designer Freya Dalsjø returned to her native Denmark and established her eponymous label in Copenhagen in 2011. Just a year later, Dalsjø had the honor of opening Copenhagen Fashion Week with her Spring Summer 2013 collection to rave reviews. 2013 also saw Dalsjø bestowed with a Sølvtråden Award from Danish magazine ALT for Damerne, as well as a collaboration with Kopenhagen Fur. Guided by a mission to explore and challenge conventional boundaries of material, aesthetics and the body, Dalsjø’s ready-to-wear designs are defined by high quality fabrics and craftsmanship, bold colors and architectural, yet artistic lines.

Founded in 2010, Asger Juel Larsen’s self-titled label has become synonymous with the reinvention of contemporary menswear. The London College of Fashion graduate’s designs are a distinctly dystopian take on streetwear with a gothic, androgynous edge, and while Larsen’s designs are predominantly menswear, he recently has begun to incorporate womenswear into his collections. In 2013, Larsen was invited to open Copenhagen Fashion Week and in 2014, he was awarded the prestigious International Woolmark Prize – which recognizes outstanding up-and-coming fashion designers and celebrates the versatility of wool as a fashion fabric – in the European Menswear category. 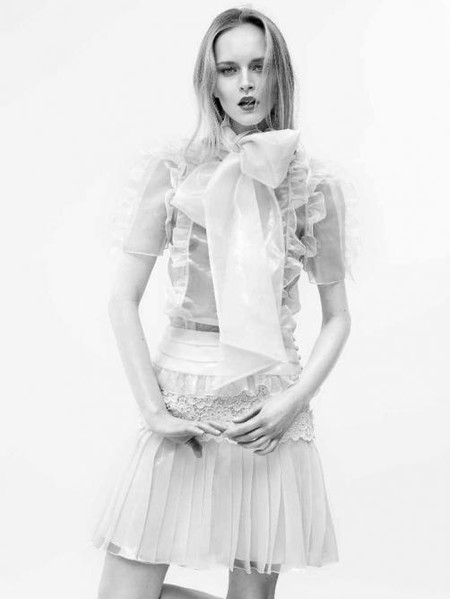 Luxury womenswear designer Ole Yde kick-started his career following his graduation from the Royal Danish Academy of Fine Arts’ School of Design by designing one-off dresses for private customers. In 2005 he established his own label, YDE, in Copenhagen. Known for their classic femininity and modern elegance, YDE’s designs are characterized by a mix of contemporary Nordic aesthetics and rich materials. In 2010, YDE helped earn the designer both the Sølvtråden Award and the GINEN Award for Designer of the Year. YDE’s prêt-à-porter lines are presented annually at the Copenhagen and Paris fashion weeks, and unique, one-off creations – from wedding dresses to luxury evening wear – are available from the YDE Atelier.

Educated at the Royal Danish Academy of Fine Arts’ School of Design, Anne Sofie Madsen honed her talents working for acclaimed fashion houses including John Galliano and Alexander McQueen, before the debut of her couture-inspired collection at London Fashion Week in 2010. Named ‘One to Watch’ by Vauxhall Fashion Scout, Madsen launched her womenswear label in 2011 following her Copenhagen Fashion Week debut, and in 2013 was awarded the Dansk Design Talent Magasin Prize for up-and-coming designers. Described as “designs that straddle between fanciful fun and serious intricacy of detail,” Madsen’s creations arise from contrast and ambivalence – at once both street savvy and ladylike, and feminine yet boyish.