Scenic Cycling Routes in Denmark for a Green Adventure 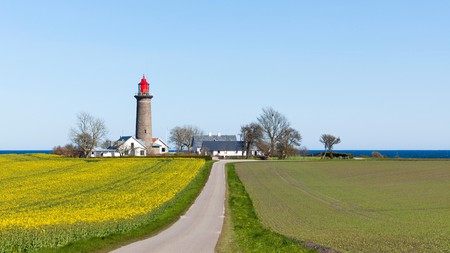 Boasting around 12,000km (7,500mi) of national, regional and local cycle paths, Denmark is a biker’s paradise – but how do you know which route is right for you? We’ve picked some of the most scenic routes in the country to help you plan your next green adventure.

From cycling around beautiful fjords to biking your way through lush forests and compact towns, these routes will allow you to take in the incredible scenery of Denmark one pedal spin at a time. Whether you’re a fan of rugged hills or flat wetlands, there’s no better way to experience the greenest – and bluest – corners of this Nordic country than on your two wheels. Browse through our top cycling routes in Denmark and come along for the ride.

The best way to experience coastal Denmark is through the Baltic Sea Cycle Route, which is split into 14 parts and takes the shape of a figure of eight. Whether you choose to follow an eastern or a western loop, you will come across some spectacular landscapes. Think impressive fjords west of the Little Belt bridge, chalk cliffs on the island of Møn and pods of dolphins frolicking in the water. Cycle over bridges from one islet to the next or hop on a cycle-friendly ferry that will take you to even more islands. Historic mansions, Medieval castles and cute harbours are sure to catch your eye. Feel free to recharge in the various market towns along the way. 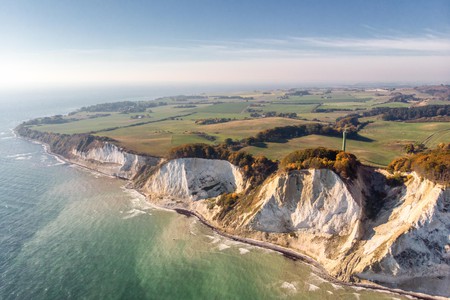 This cycle path forms part of the European EuroVelo route 12 – itself part of the North Sea Cycle Route that runs from Scotland, down the UK’s east coast, along the northern coast of Belgium, The Netherlands and Germany and up to Norway via Denmark and Sweden. The West Coast Route is your best bet when it comes to discovering Denmark’s natural wealth. You will cycle past flat marshlands, dramatic sand dunes, the Tipperne bird sanctuary and the Wadden Sea, an intertidal zone that’s home to seals and brims with oysters. At low tide, the oyster banks are uncovered, allowing you to collect and eat oysters right on the spot. The route is bordered by Germany in the south and extends all the way up to Skagen. Most of it is paved but some parts consist of sand and gravel tracks, so solid tyres are a must. 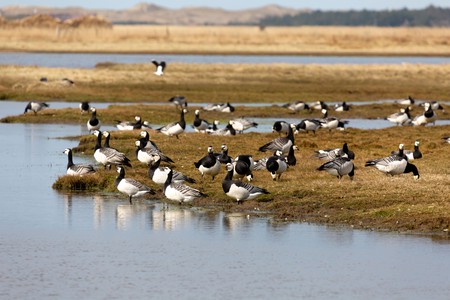 Limfjord is Denmark’s largest fjord area. Connecting the North Sea with the Kattegat, it played an integral role in the shipping of goods out of the North Sea and into the Baltic during the Viking Age. The region includes 180km (110mi) of tiny islands, as well as narrow ports with bridges and ferries that connect the various provinces. Follow the Limfjord Route and cycle along the flat stretches of the northern banks, all the way to the wooded ridges of the south. Manor houses, monasteries and a number of museums recounting the area’s history serve as a pleasant distraction from the rigorous cycling. Make sure to grab a bite at a rustic restaurant in the many picturesque towns. 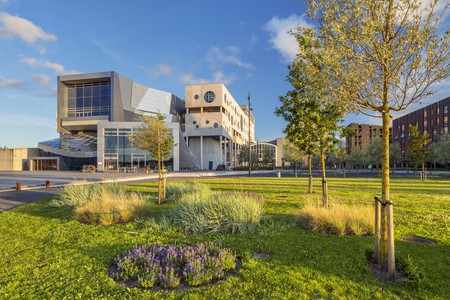 Quirky buildings can be found along the Limfjord Route

Fjordstien, also known as the Fjord Path, will take you around Roskilde Fjord and Isefjord in the north and west parts of the island of Zealand. The ride is not that bumpy as the route sticks to the fjord coastline, plus the roads are car-free for the most part. Hiking is also an option here if you get tired of cycling. The starting point, the city of Roskilde, has a rich history dating back to the Viking Age, so expect to find many Unesco-protected sites and museums dedicated to the era. Along with the fascinating history and culture, idyllic beaches and forests make this route one to remember. Don’t forget to taste the local delicacies in the several quaint towns as you go. 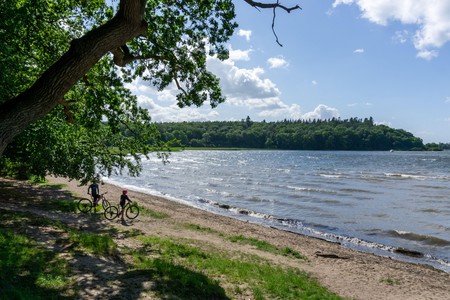 If you’re looking to explore the backbone of the Jutland peninsula, then this historic route promises not to disappoint. Leading from Padborg in South Jutland over moraine hills to Frederikshavn in the north of Jutland, the Ancient Road was formed thousands of years ago – not as a planned route, but as a path forged by walkers such as pilgrims, drovers, merchants, kings and even robbers. Today, it will give you the chance to cycle past woodlands and meadows around the Rørbæk Sø lake, see wild oak forests such as Tinnet Krat and Kollemorten Krat and marvel at monuments dating to the 10th century. It also now contains gravel roads that make for a smoother cycling experience. 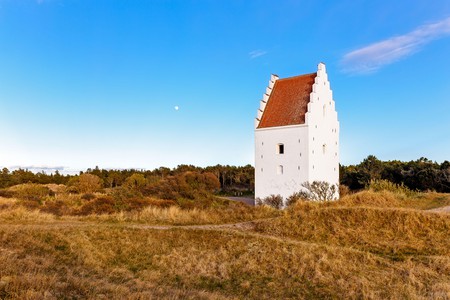 This route follows the longest river in Denmark, the Gudenåen, which runs through the central parts of Jutland. Start at its source at Tinnet Krat, and cycle to the market town of Tørring. Here you can hire a canoe or a kayak to glide down the river, through serene lakes, streams and wetlands, all the while admiring the amazing fauna; parts of the river are protected under Natura 2000. It’s also worth visiting the Hjortsvang Museum, where you’ll be stepping into Danish country life in the 1700s – it houses nine different farm houses and barns, along with agricultural tools, old tractors and farming machines. The route ends in Åle in North Jutland. 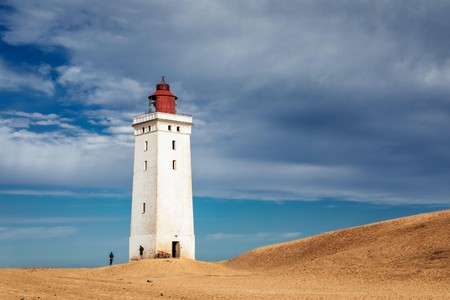 For even more astonishing nature, try the cycling route from the fishing port of Hanstholm on the North Sea to the ancient port of Copenhagen on the Øresund strait. You will pass through ploughlands and forests (such as the Fussingø forest), past shimmering lakes and beautiful beaches along the Djursland peninsula. Carve out some time to explore the Regnskoven zoo in the city of Randers and stop by Grenaa town to meet with sharks at the Kattegatcentret aquarium. The route is filled with pretty towns begging to be photographed and many historical treasures that pop up along the way. Bear in mind that while camping is legal in some areas, you will need to bring your own tent. 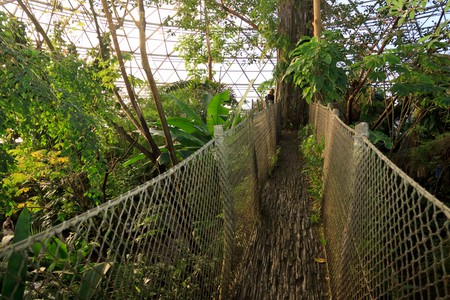 If you feel like – almost – staying in one place, then the island of Bornholm should be your go-to cycling haven. It will take you around a day to tour the entire island by bike, but it’s worth making some stops to fully appreciate the scenery. Follow the bicycle tracks on paths that once served as railway tracks, woodland lanes and local roads, and discover round churches, steep cliffs and vast forests, next to a number of dreamy half-timbered, brightly coloured houses. And if you’re feeling extra adventurous, you can ditch the bike for a while to try rock climbing, kayaking or diving next to shipwrecks. 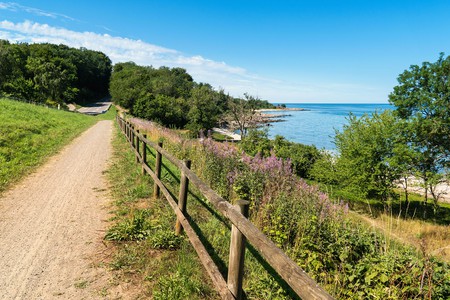