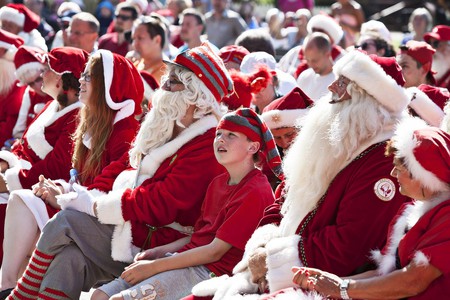 Every year in July, Bakken, the world’s oldest amusement park, becomes a meeting point for Santas from all over the world. Yes, Santas in July. There are also elves, Christmas pixies and thousands of spectators from Denmark and other countries who travel to Klampenborg in order to attend the World Santa Claus Congress (WSCC).

It all started in 1957 when Professor Tribini, a legendary entertainer at Dyrehavsbakken, decided to create ‘Christmas in July’ as he believed that celebrating Christmas once a year simply wasn’t enough. Since December is a busy month for Santas and their assistants, Christian Jørgen ‘Tribini’ Nielsen decided that July was the right time of the year for his Santa event. He was right. As the World Santa Claus Congress became a surprising success with a growing reputation overseas during its early stages, it wasn’t long before it caught people’s attention.

Soon enough people with white beards and red costumes traveled from all over the globe to Copenhagen to attend the unique event. 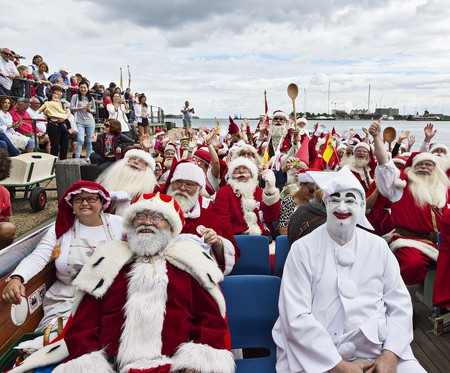 As Danes love Christmas, it comes as no surprise that the person organizing the oldest Santa Claus Congress is from Denmark.

The four-day World Santa Claus Congress has become a real favorite among Santas, not only because it is fun and they get to march all over Copenhagen wearing their favorite costumes, but also because they have the chance to expand their network. It works as a professional and social meeting point. During four days participants have the opportunity to share their experiences with people who have the same interests. 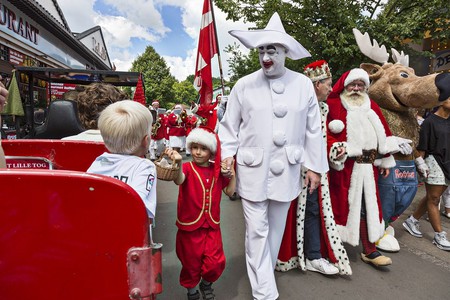 Nevertheless, the goal of the event is to have fun while entertaining visitors who have traveled to Jægersborg Dyrehave, the forest in which Bakken amusement park is located.

This year’s World Santa Claus Congress will take place from the 23rd to the 26th of July. As the event is open to everyone, there is no entrance fee. So, if you’re in Denmark on these dates make sure to pass by Bakken amusement park. It is definitely worth a visit, especially when it’s packed with Santa Clauses and Christmas elves.