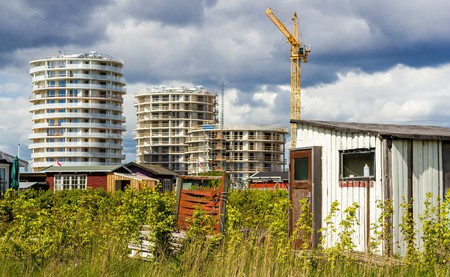 On the northwestern coast of Amager Island lies a neighborhood that doesn’t boast stylish restaurants, design boutiques and packed bars, nor architecture masterpieces and art galleries. Instead, it has gardens, wooden houses, and a peaceful atmosphere. If you would like to take a break from the touristic sights and see another side of Copenhagen, make sure to add Nokken to your itinerary.

Nokken is a self-built community that was founded in 1930 by fishermen and laborers who moved to the undeveloped area and constructed their own huts. Over the years, the community grew and the huts were gradually replaced by proper houses; nowadays, almost 100 people live there. These are not modern architectural buildings, nor colorful houses with brick roofs. They may not look like the rest of the city, and they certainly don’t look as if they come straight out of a Hans Christian Andersen fairy tale, but they definitely have their own unique charm.

Most of the houses are made of wood, and all of them have a small garden where its residents can soak up some sun while watching from a distance the fast-paced side of Copenhagen with its bikes, car horns, and busy streets. Visitors can take a stroll here and relax by the waterfront, or have a picnic, getting a taste of what it would be like to live in an area that feels as if it’s miles from anywhere, even though it is so close to the city center.

Residents of Nokken are free to make their houses exactly the way they like them, as the only requirement for the construction of a building is that it should be below a specific height, and be fireproof. That’s why there are so many different architectural styles at Nokken, and each one of the houses has its own story to tell. 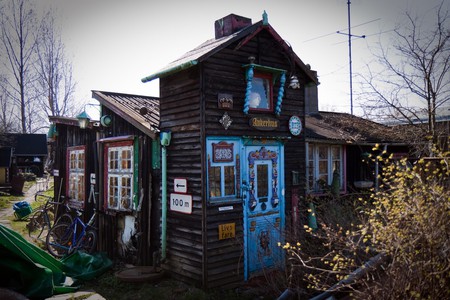 Things weren’t always easy for the residents here, and sometimes they had to fight to keep their own little secret neighborhood. In the late ’90s, there were plans for the redevelopment of the area. Luckily, the residents’ negotiations with the authorities were successful and the district south of Islands Brygge became an allotment, which means that the land on which Nokken is built was not available for commercial gardening and families could keep their own little pieces of land there. 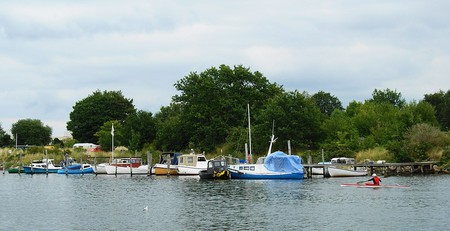