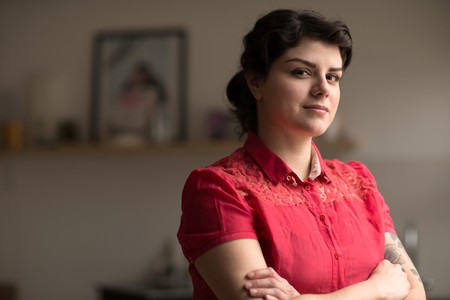 Most Danes have been familiar with the name Rosio Sánchez since 2015. But when the taqueria of the Copenhagen-based chef won the title for the best street food in Europe, her fame travelled far and wide. Here is what you need to know about the woman behind it all.

What made this contemporary taqueria in Copenhagen’s Torvehallerne market stand out among dozens of food stalls was the woman behind it. Rosio Sánchez didn’t just want to create high-quality meals, she wanted to bring an authentic Mexican dining experience to Europe. With two successful food stalls and a recently opened restaurant, she is certainly a step closer to her goal.

Sánchez has been living in Copenhagen for about eight years but her relationship with cooking started long before that. In fact, she was still a teenager when she started baking cakes in her parents’ kitchen in Chicago.

Her father was an upholsterer and her mother a working-class woman who left Mexico in search of a better life in the US. During her childhood in the south side of Chicago, Sánchez would eat tacos de lengua and corn esquites for lunch. Now, as one of the most renowned chefs worldwide, Sánchez incorporates her background to create Mexican-inspired dishes. At her stalls, she serves traditional food such as tamales, mole and taco de cochinita that reflect the Mexican cuisine. Using carefully chosen ingredients, she pays homage to her culture whilst making her meals light and healthy. 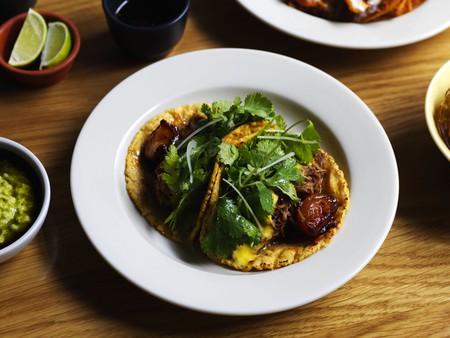 Inspired by her love for cooking, Sánchez studied food service as a high school student at Chicago’s Farragut Career Academy. She then continued her education at Le Cordon Bleu, one of the world’s best known culinary schools and worked as a chef at a local bistro.

“Food is amazing and universal, it helps bridge gaps. One can relate to people via their diet and cooking relaxes me,” Sánchez told Culture Trip. She added: “Professional cooking is similar in that (it) helps nourish people through tasty meals and build that connection with them.”

Her first step on the journey to success was in 2005 when at the age of 21, Sánchez started working as a pastry chef in Alex Stupak’s kitchen at the New York-based restaurant Wd~50. Three years later, she left the US for Spain, where she spent some time cooking at some of the world’s best restaurants.

The email that made her move to Copenhagen

In 2010, Sánchez received an email that ultimately changed her life. She was offered a pastry-chef position at the famous Michelin-starred restaurant Noma by a friend who was working alongside co-founder Rene Redzepi. She accepted the offer instantly.

However, five years later, the desire to open her own place and introduce Europeans to Mexican cuisine was born. Her first street food stall at Copenhagen’s Torvehallerne market opened in 2015, only to be followed by a second location in the Meatpacking district a year later. With both places serving tacos made with authentic Mexican ingredients blended with Danish cuisine, it wasn’t long before Hija de Sanchez became a household name.

However, learning how to run a food stall wasn’t an easy process. Sánchez explained: “We had to start from scratch. We started exploring new possibilities and responsibilities, kind of guests, style of service. Readjusting to the new lifestyle is the biggest struggle we had.”

In 2017, Sánchez surprised her fans once more when she opened her own Mexican restaurant in one of the city’s hippest neighbourhoods, Vesterbro. In a video for Foodie Stories by Anders Husa, the talented chef claimed that after joining Redzepi at his pop-up Noma restaurant in Mexico earlier that same year, her love for running a restaurant was rekindled. 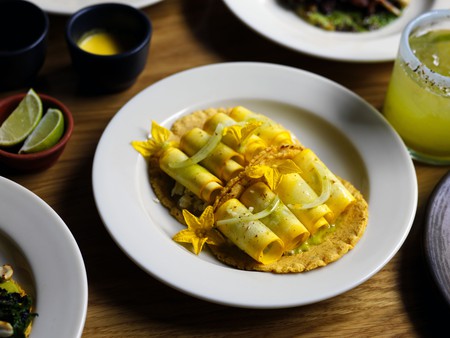 The philosophy behind Sánchez restaurant is the same with the taquerias: to introduce Mexican food to people that haven’t tried it before. But here, aside from tacos, visitors have the chance to explore the chef’s native cuisine through a complete five-course menu.

“Mexican food and Danish food are so different from one another in obvious ways. But on closer inspection, I did find a few common things – use of herbs, lots of pork and meat products… The pork chicharron and the Danish flæskesvær (types of pork crackling) are so similar,” Sánchez said.

Differences aside, Sánchez has single-handedly managed to bring Mexican cuisine to the forefront of Europe’s culinary scene, but it hasn’t always been easy. When asked about the challenges women face on the road to success in a male-dominated industry, she stated that women having to work harder to prove themselves is not necessarily a bad thing. “My advice is to try and not focus on gender politics, but work hard towards a goal,” she added. 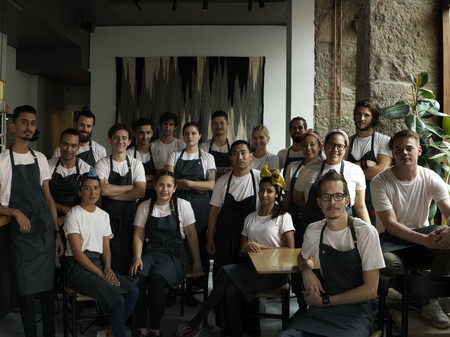