Meet Off Bloom, The Electro-Pop Danish Band You Need to Hear 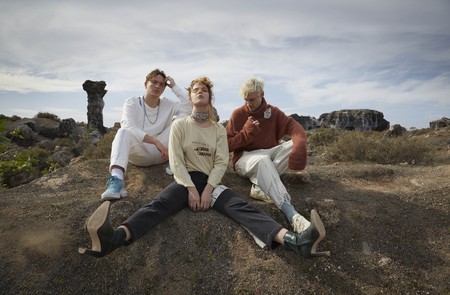 Off Bloom |Courtesy of Off Bloom

The up-and-coming Anglo-Danish trio Off Bloom have already impressed the music world with their debut EP Love to Hate It. Their sound is a blend of pop, synth-pop with touch of punk, which reminds in a great extent of MØ‘s style. They talked to Culture Trip about their background, their plans and their influences. Listen to their new song and prepare to dance.

It’s been only two years since Mads, Alex and Mette formed Off Bloom, but they’ve already received solid reviews from some of the most renowned music magazines, performed in some of Europe’s biggest festivals and taken over London’s underground stages. The electro-pop band’s debut EP Love To Hate It caught the eye of NME and The Fader, and their sound has been described as ‘deconstructed pop as its best’. When they aren’t recording in their studio in Copenhagen or in an apartment in London’s Bethnal Green, the Anglo-Danish group is sharing its electronic vibes with the audience with Mette’s unique energy on -and 0ff- stage transforming every live performance into a crazy dance party.

Culture Trip: Where and how did you meet?

Off Bloom: The boys met playing music as teens, and Mette had gone to theatre school with Mads. One day Alex got a call asking if him and Mads could play a gig in two weeks to which they said yes, on the condition that they could start a whole new band with all new music written in those two weeks. It was super conceptual and it needed a great singer and performer to do a cover of Brandy’s “Aphrodisiac” in the midst of the madness. Mette was perfect for it and that’s how the three of us bonded musically for the first time.

OB: It’s representative of our philosophy to always stay true to the energy in the room when writing; to stay true to ourselves and how we feel, whether that’s on stage, putting out music and discussing with our team, or just when chatting with our mates. It’s about not trying to follow what’s in bloom, what’s trending or what industry thinks is the next big thing, but instead do what you feel, even if it’s off the bloom.

CT: You performed at Northside in Copenhagen and Glastonbury. Do you prefer a massive audience or more intimate gigs?

OB: Both gigs were really awesome in their own way! Having a big audience really does feel amazing, especially when they know the songs, but also just when they react to the music and you can feel you’ve won new people over! Northside was a really emotional gig actually because it was one of the biggest crowds we’ve had and they absolutely went for it. You can’t knock a good intimate gig though! We like to be up close and personal where Mette can really get in among the audience! 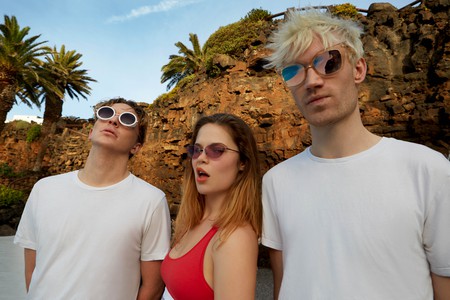 Off Bloom | Courtesy of Off Bloom

CT: You’ve lived and worked in London and Copenhagen. In what ways do the two cities spark creativity and inspiration for your music?

OB: They are such different cities and are virtually impossible to compare! I think the main thing that sparks creativity for us is the people around us. Luckily, we have such amazing and talented friends that we grew up with in Copenhagen, but also now new ones in London! We also often write about our frustrations and there’s nothing like the hustle of the big city to feed off of!

CT: Is there a difference in how your music is received in England and Denmark?

OB: Our first performance we ever did was a big awards show on live TV in Denmark. So we kind of just exploded into people’s consciousness out of nowhere. In the UK, it’s been way more of an underground thing where people might have heard of us online through blogs and stuff. So there is definitely more of an immediate reaction over there than in the UK.

CT: You’ve remixed Lana Del Rey’s ‘Lust for Life’. Out of the artists you’re listening to at the moment, who would you love to remix?

OB: We’d love to remix Superorganism, specifically their track ‘Something for your M.I.N.D’. 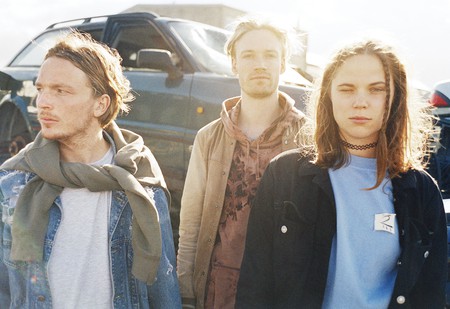 Off Bloom | Courtesy of Off Bloom

CT: Who would you say has influenced your sound?

OB: Our biggest influence is probably Hudson Mohawke. His album Butter blew our minds when it came out in 2009 and really opened us up to new ways of making music. We got super into production after that and it really helped form our sound. Amazingly, he heard our stuff and liked it so we got to work with him in LA. We made a track together; it’s coming out on the 18th of August and it’s called “Fuck That to Be Honest (Rocerfe11a)”

CT: What can we expect from Off Bloom for the rest of the year?