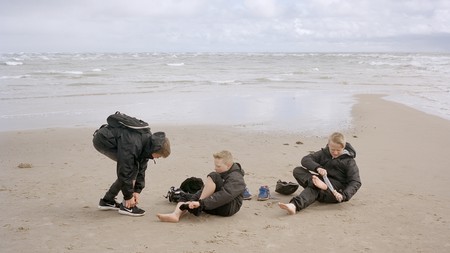 In Denmark, you're never far from the sea | © Mathias Svold and Ulrik Hasemann

In Denmark, you’re never far away from the sea. Photographers Ulrik Hasemann and Mathias Svold, who have taken the country’s long coastline as the subject for their Kystland photography series, tells Culture Trip about the shore’s ever-present role in Danish life.

“The Danish coastline is very long, especially compared to the size of Denmark,” explains documentary photographer Mathias Svold. Fellow Dane Ulrik Hasemann adds that the shore is “so close everywhere in Denmark”, even in Copenhagen, that “the coast and the sea is something [Danes] all have inside of us”. The duo’s photographic collaboration Kystland is an ode to the Danish coastline they love so much. 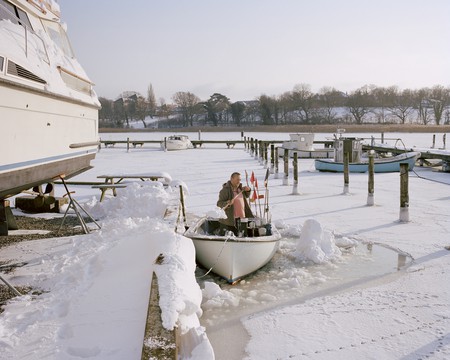 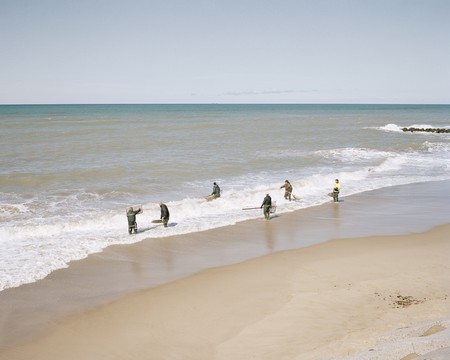 Featuring lovers and sunbathers as well as fishermen, welders and soldiers, the series also serves as a reminder of the coastline’s significance in Danish society. “We want viewers to reflect about the importance of the coast.” Denmark’s coast is of huge import to those who have grown up in the country. “The beach is a sanctuary and a deeply ingrained part of Danish identity,” says Mathias. “Each season has its own character and mood,” he adds, adding that “the coast is special all year round”. 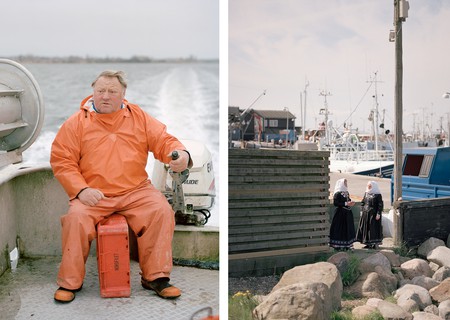 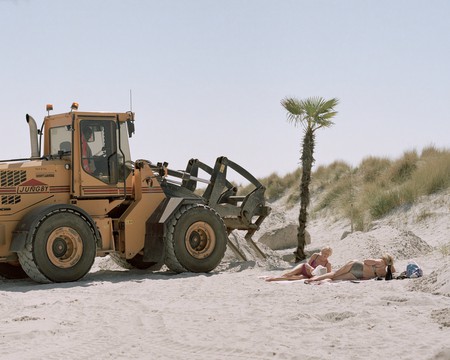 Despite the wild, untamed nature of their subject matter, the photographers carefully cultivated the thread of the series. They spent two years working on the Kystland (literally “coastal land”) project, travelling up and down Denmark’s coast in search of subjects – bordered by the North and Baltic seas, the country is made up of hundreds of islands. They started with a map of Denmark, which they marked “with dots in different colours”, says Ulrik. “Each colour represented different themes that we were interested in – it could be stories connected to the coast about nature, jobs, history, hobbies, etc.”

They then planned the specifics of the series. “Our work is a result of a large amount of interviews, research and months spent in the field.” For example, the photographers wanted to include a beach wedding scene in the series, which took some pre-planning to coordinate with a wedding party. Other images were more casually arranged, as they scrutinised events going on along the coast and “went out to photograph every time something interesting came up”. 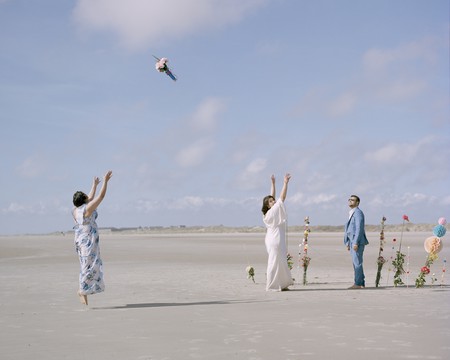 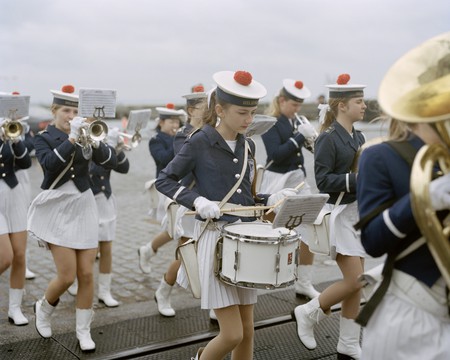 Some of their planned shoots led to images with fascinating backstories. The first photo in Kystland is one of these, as Ulrik explains. “We met up with an amateur archeologist who looked after remains from a Viking village that were situated at the coast in Northern Jutland a thousand years ago. We had hoped to get a photo of him with his metal detector but it turned out he didn’t have one – so initially we were a little disappointed… But a couple of hours later he found an intact Viking grave, which is something that only happens very rarely. It was situated very close to the edge of the sand cliffs and would have disappeared into the ocean in a few weeks if we hadn’t found it that day.”

Spending “a lot of time on the coast to see if anything unexpected should go on” resulted in some delightfully playful, spontaneous images. For instance, they came across “a soccer team singing their victory song in the water just after they won a game. The football field was just next to the sea, and since it was the first summer day of the year they went into the water still wearing football kits.” 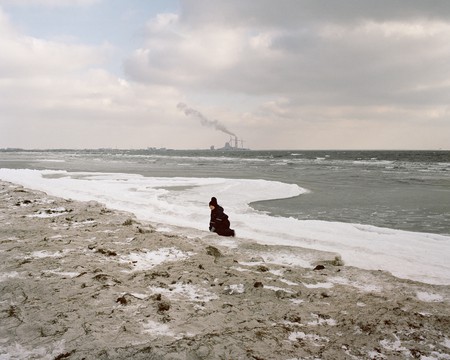 In recent years, debate has stemmed over whether to protect the coast or build on it for tourism | © Mathias Svold and Ulrik Hasemann

But it’s not all fun and games, and there is a more pressing reason for the project, too. As Mathias explains, “In recent years, there has been a political debate about whether we should protect the coast or build on it for tourism.” At the moment, there are very strict rules against building along Denmark’s shores. “It has been so for a hundred years and that’s a huge part of the reason why our shores look the way they do today,” says Ulrik, “with free public access everywhere along the coast.” The debate gained a lot of traction in Denmark, and as a result, “Mathias and I became interested in telling the story about our coast in a broader context.”

“We believe it is important to take a step back and investigate what makes the Danish coast unique in the first place,” says Ulrik. “How we use it. How we want it to be,” he continues. “It’s easy to lose and difficult to get back.” 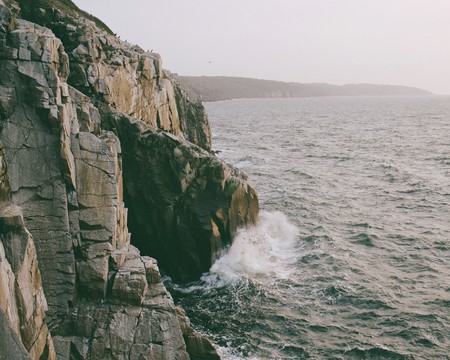 The coast is easy to lose and difficult to get back, Ulrik says | © Mathias Svold and Ulrik Hasemann 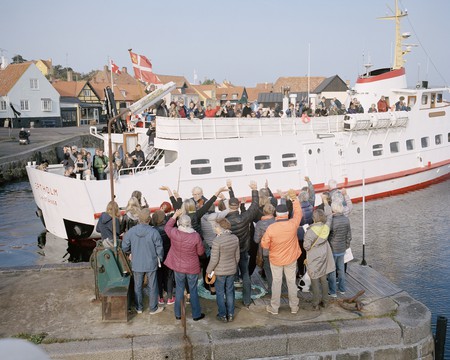 Through ‘Kystland’, the photographers hope to tell the story of Denmark’s coast in a broader context | © Mathias Svold and Ulrik Hasemann
Give us feedback