Jutland Residents in Denmark in Protest Over Too Many Tourists 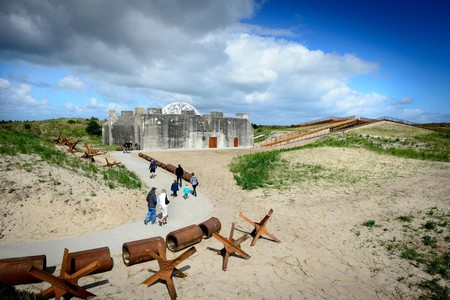 Blåvand, a small city with just 500 inhabitants in the winter, has now become so popular that in summertime it attracts approximately 50,000 tourists. With such huge numbers visiting a town with an infrastructure inadequate for so many people, residents have now started protesting over the hordes of tourists.

Perched on the western tip of Jutland island, the Danish town of Blåvand – with a sandy coast and beautiful landscapes – is one of Denmark’s hidden gems. Well, maybe not so hidden anymore. The scenic town has always been a popular destination among locals and tourists but ever since the Tirpitz Museum opened its doors last year the number of visitors has skyrocketed.

The impressive modern building designed by Bjarke Ingels is connected to a German WWII bunker by a tunnel blending in artistically with the surroundings, while the four underground gallery spaces unfold the region’s history and present the story of how Hitler’s Atlantic Wall reached West Jutland. The new museum’s design and interesting theme have attracted the attention of 250,000 visitors who have passed through its exhibition halls since last summer. 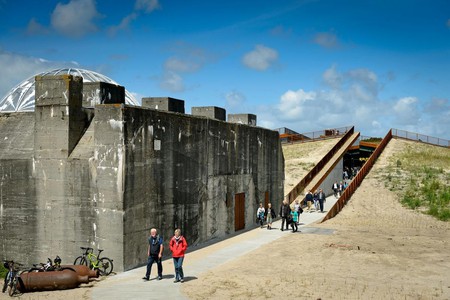 This sudden tourist flow has certainly pleased the Danish authorities who hope for further development in the area but Blåvand’s residents don’t all share the same opinion.

Most people travelling to Blåvand in order to visit the new museum grab the chance to also explore the nearby beaches, the well-known lighthouse (Blåvandshuk Fyr) or take a stroll in the little Danish town – so the streets are packed. In an interview with Expressen Knud Johansson, a pensioner who lives in the area said that due to this large number of tourists, residents face huge problems and even regular daily activities such as going for shopping can take hours due to the heavy traffic and long queues. Not only is the city is too small for so many people but also in order to reach the beach visitors have to pass through the village and due to the low-quality infrastructure the congestion of the streets is unbearable. 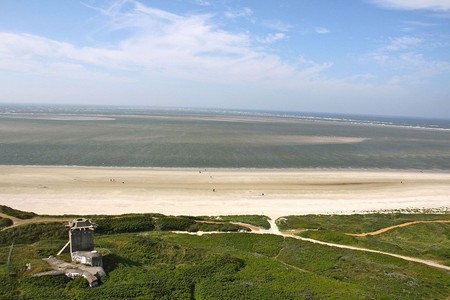 “Blåvand just can’t cope with more tourists. There is simply no space for more summerhouses because we have the North Sea on one side and a military area on the other,” Mariane Nygaard Holm, a member of the local residents’ association, told Politiken.

Moreover, as it happens with every city that becomes a top tourist attraction, prices have increased and many houses are used for Airbnb rentals making it difficult for locals to afford the rents. According to Holm, the municipality of Varde which Blåvand belongs to, doesn’t listen to inhabitants’ protests because only 320 voters live in the municipality.

Commenting on the situation, the Mayor of Varde, Erik Buhl Nielsen said that the municipality hopes to solve the problem by creating parking facilities and by improving the infrastructure planning.

“We can handle the number of tourists, the problem is that they come at the same time,” Nielsen pointed out talking at BT, adding that an extension of the tourist season is part of the development plan.