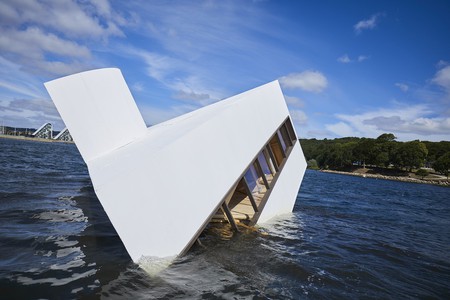 Don’t be alarmed by this building that appears to have run aground in the middle of a Danish fjord – it’s one of 10 works on display at Floating Art 2018. 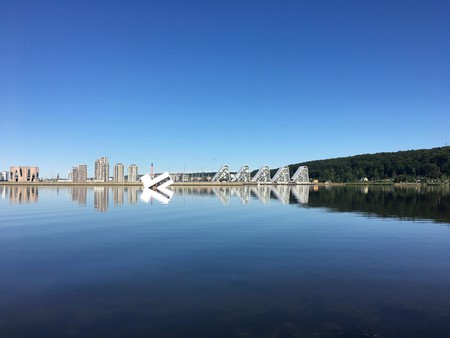 Ever since living in a Le Corbusier building in Paris as a student in the late 1990s, Havsteen-Mikkelsen has been captivated by modern architecture, in particular Villa Savoye, which has subsequently become a source of inspiration for the artist’s paintings.

“Villa Savoye manifests Modernism’s optimistic belief that we can create a better world through our critical use of reason,” says the artist. 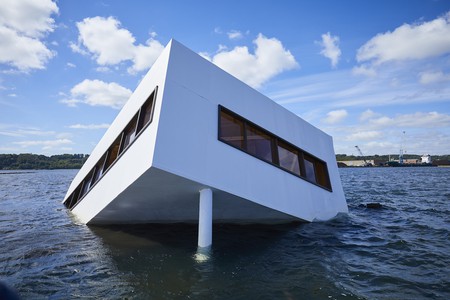 The house demonstrates the Swiss-French architect’s ‘Five Points of Architecture’: concrete pillars to elevate above ground or water; removal of supporting walls to create a free, open-plan internal space; a free facade; a roof garden or functional roof terrace; and horizontal windows.

This set of architectural principles, which Le Corbusier developed throughout the 1920s, would become the foundation to Modernist architecture. 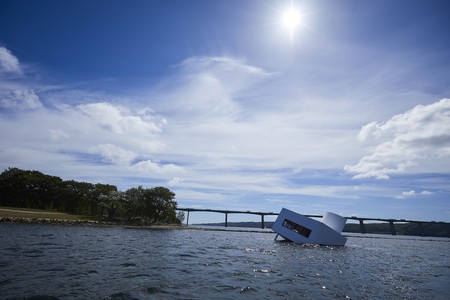 Wanting to reflect upon current events, including Brexit and President Trump’s election, Havsteen-Mikkelsen cites Flooded Modernity as a symbol of the decline in our civil liberties.

“It’s a critical commentary on the present, an attempt to draw attention to the importance of modernity and how we will deal with the legacy of modernity,” explains Havsteen-Mikkelsen. 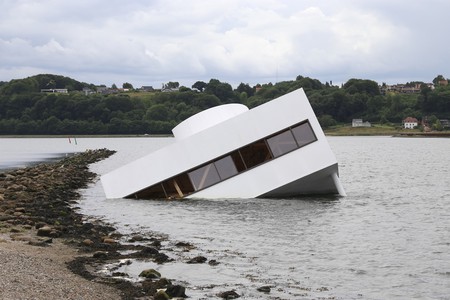 Fans of Le Corbusier may detect an added layer of irony to the piece considering the architect drowned in the Mediterranean in 1965. 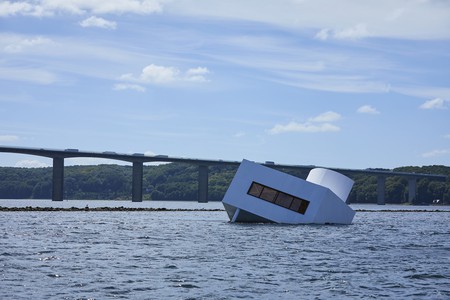 Floating Art is organised by the Vejle Art Museum in Vejle Fjord, Denmark, and is on until 2 September 2018.