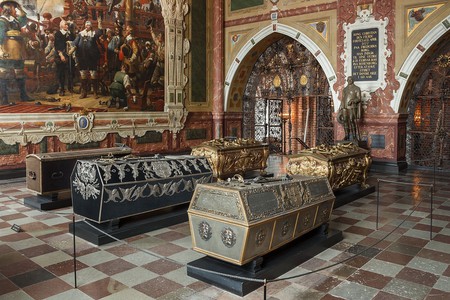 The Queen of Denmark, Margrethe II, ordered the construction of her sarcophagus back in 2003. Now, 15 years later and two months after her husband Prince Henrik’s death, the burial chapel is finally ready and parts of it have already been placed in the Roskilde Cathedral.

Preparing your own burial chapel while you’re still alive may sound macabre to most of us, but if you’re the Queen of Denmark it seems you have no choice. Already 15 years ago, Queen Margrethe II met with the Danish sculptor Bjørn Nørgaard in order to discuss the design of the Queen’s and Prince Henrik’s sarcophagus.

Now, according to the Danish tabloid newspaper BT, the burial chapel is almost ready and a heavy glass façade along with other parts were delivered last week to Roskilde Cathedral where according to tradition, Denmark’s monarchs are buried. 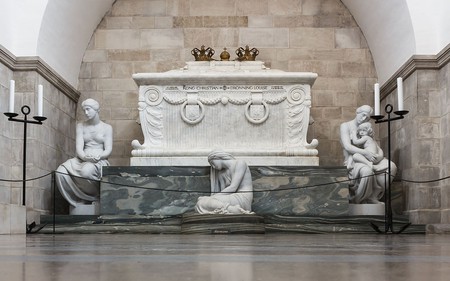 As the discussions for the design of the burial chapel had already started since 2003, the sarcophagus was constructed in the size of about 330 cm by 85 cm in order to fit Prince Henrik as well. But in 2017 the latter stated that he didn’t want to be buried next to the Queen, so after his death on February 2oth this year, he was cremated and his ashes were placed in the gardens of Fredensborg Palace and spread at sea.

Prince Henrik was born in France but after getting married to Queen Margrethe II in 1967, he moved to Copenhagen. His lifestyle and controversial statements at the media often raised criticism and when he stated last year that he doesn’t wish to be buried next to his wife because he was never made King Consort, it left many Danes openmouthed.

‘My wife has decided that she would like to be Queen, and I’m very pleased with that. But as a person, she must know that if a man and a woman are married, then they are equal. It’s my wife and not me that can do anything about this matter. If she wants me buried with her, she has to make me King Consort. End of story – I couldn’t care less,’ Prince Henrik had said at his interview with the Danish magazine Se og Hør.

Queen Margrethe II accepted her husband’s decision without any objections but she will still follow the tradition and get buried in Roskilde Cathedral.