Denmark's Most Inspiring Sculptures That Aren't "The Little Mermaid" 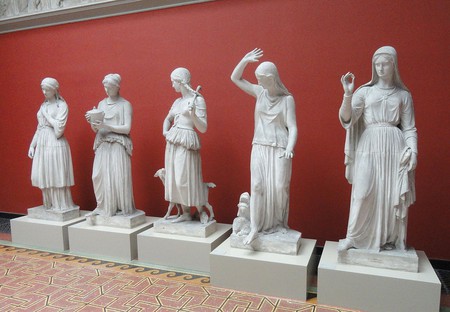 We’re sure that while you’re planning your trip to Denmark one of the top things to see on your list is The Little Mermaid statue. But we’ve also prepared a guide with seven other renowned sculptures that are spread all over the country and represent notable figures of Danish history. Scroll down to discover in which neighborhoods you’ll spot them.

Just behind the Royal Library and among the Tojhus Museum, The Danish Jewish Museum, and Christiansborg is one of the most beautiful and quiet gardens in Copenhagen, The Royal Library Garden. There stands a bronze statue of the famous philosopher of the 19th century, Søren Kierkegaard. The famous sculpture was created by Louis Hasselriis in 1918 and represents the Danish poet and social critic seated with a notebook on his feet while holding a pen in his right hand. 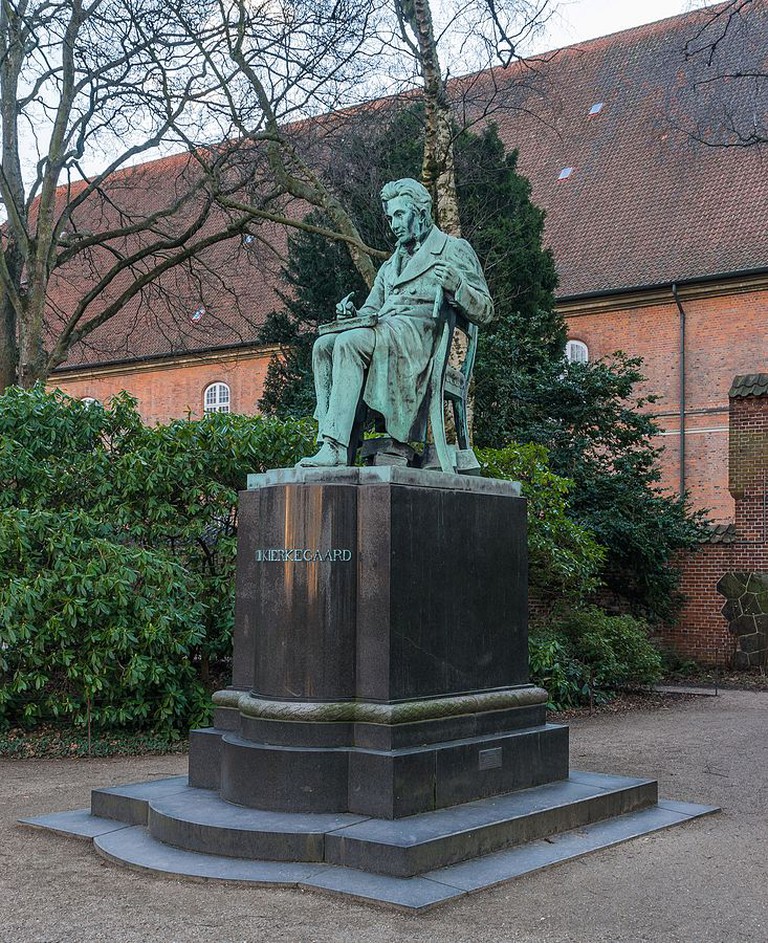 Known for his policies of territorial expansion and his role in shaping the relations between the church and the public, Bishop Absalon was one of the most important figures of the 12th century in Denmark. Hence, a big statue that depicts him as a military commander stands in the historic city center, reminding Danes of their country’s history. The imposing statue is located on Højbro Plads, close to Christiansborg Palace, but as Abaslon’s face looks to right, it gives the impression he is looking towards Copenhagen’s City Hall. The statue was a gift to the City of Copenhagen from the director of Privatbanken, Axel Heide, and it has been standing on the same spot since 1902. 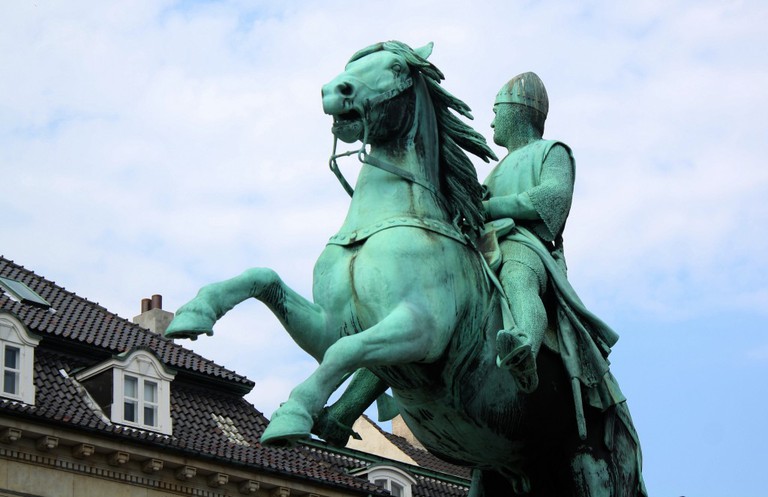 The Statue of H.C. Andersen at the City Hall Square

Introducing Hans Christian Andersen and explaining the reasons why his statue adorns Copenhagen is rather unnecessary. During a walk through the city you’ll discover many sculptures and monuments that will keep reminding you that the renowned fairy-tale author comes from Denmark. Our favorite, though, is the bronze statue in front of the City Hall square that depicts H.C. Andersen looking toward Tivoli amusement park. The beautiful sculpture was designed by Henry Luckow-Nielsen and built in 1965. 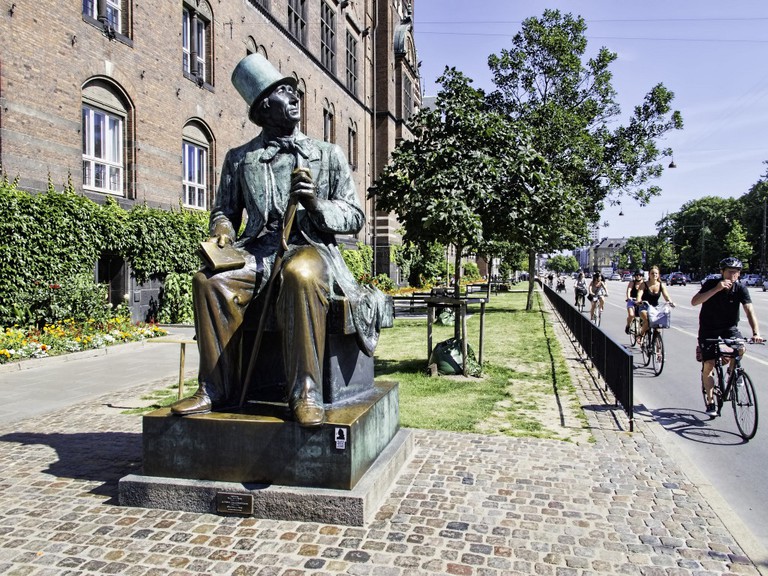 From 1912 to 1947 Denmark was ruled by King Christian X. Even though during his tenure he embraced undemocratic methods, his bravery during WWII made him one of the most beloved Kings in Scandinavia. The reason he is depicted on the back of a horse is because during the Second World War he used to ride through the city on his horse without being guarded, an act that was highly admired by Danes and boosted their morale. Moreover, he provided financial support for the transport of Danish Jews to Sweden. For his actions he is considered a symbol of resistance and therefore a monument in his honor was built on Sankt Annæ Plads. 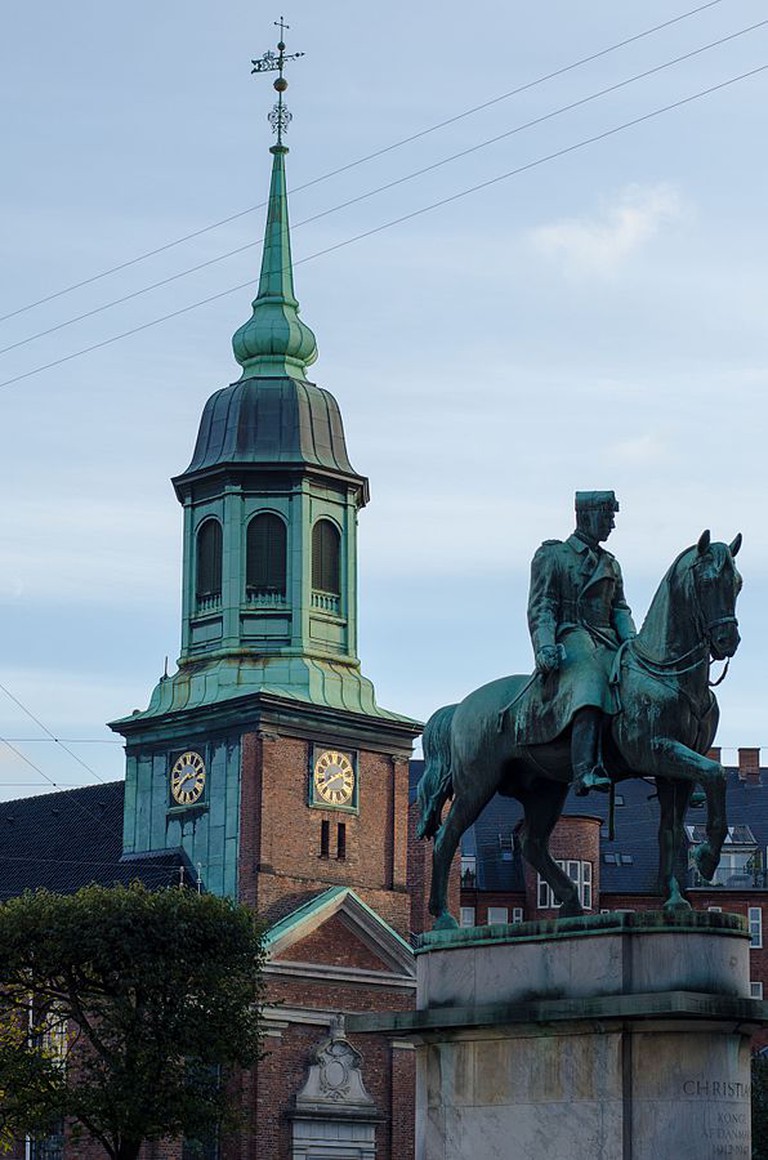 A 22 ton equestrian statue of the King of Denmark and Norway (1746-1766), Frederik V, dressed as a Roman Emperor, has been standing in the middle of Amalienborg Square since 1771. It was just after five years of the King’s death that the statue was unveiled. French sculptor Jacques François Joseph Saly finished his first sketch in 1754 and after being approved by Frederik V the next year, Saly started studying the King’s horse stalls and creating the first models which were about 3.2 feet (one meter) in height. The final statue, in neoclassical style, is 39 feet tall (12 meters) and is considered one the most noteworthy in Europe. 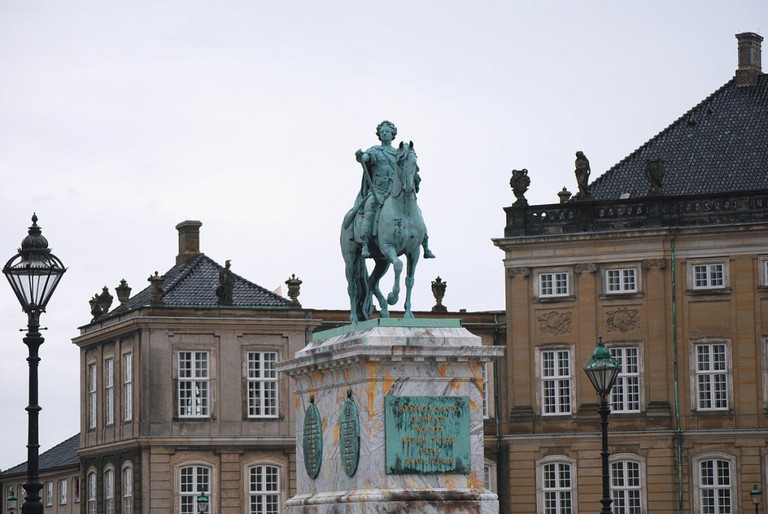 Odense is the birthplace of H.C. Andersen, and besides his childhood home, which totally worth a visit, statues that depict characters from his popular fairy tales are spread all over the small picturesque town. We won’t name each one of them, but we suggest you take a walk through the small city and see your favorite fairy tale characters made of iron. If however, you want to see the noble bronze statue that represents H.C. Andersen himself, visit Eventyrhaven. After being relocated a couple of timesit has been adorning the beautiful garden since 1949. 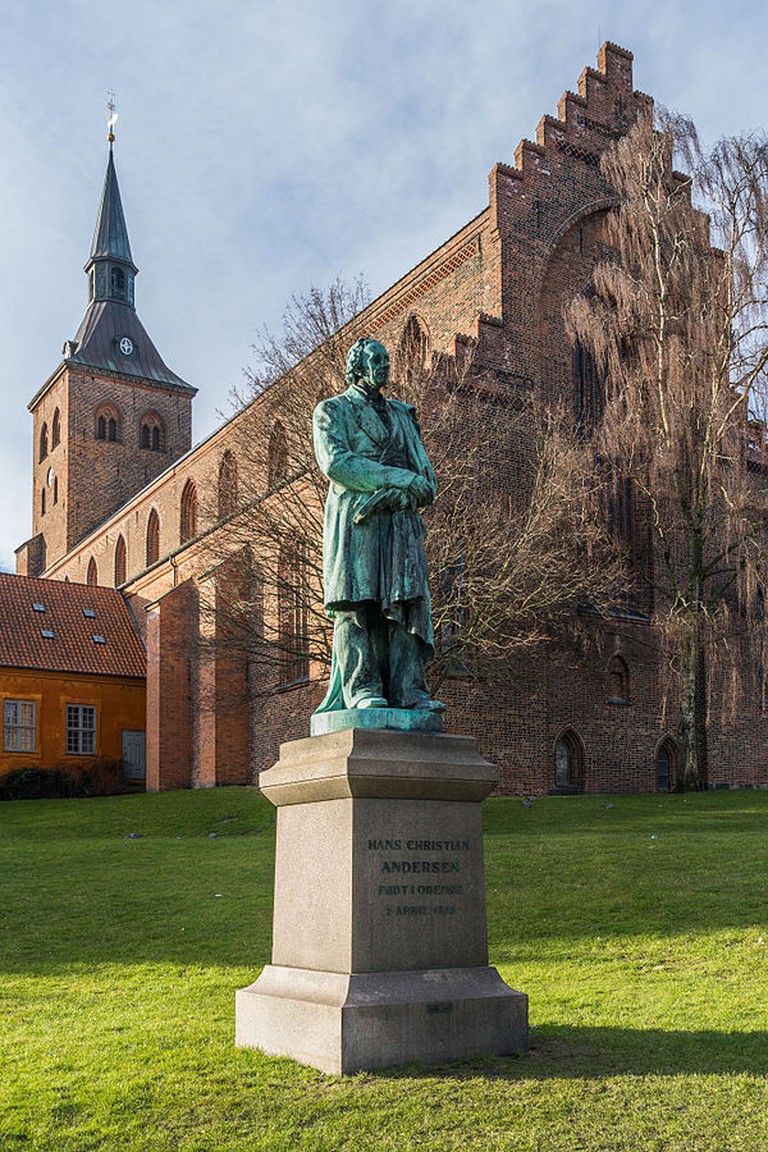 Steffen Bernhardt Jensen was a leftist politician and journalist and served as mayor of Aarhus from 1958 to 1971. His statue represents him holding a bike, since the reason he became so famous and beloved to the residents of Aarhus was because he was an opponent to car traffic and moved around the city on his bike. Denmark may now be known as a cycle country, but it hasn’t always been that way. During his career as mayor, Jensen fought to preserve historical buildings and neighborhoods that were planned to be destroyed so that roads would be constructed. Manden med cyklen (Man with bike) was unveiled in 2010, on Jensen’s 100th birthday. 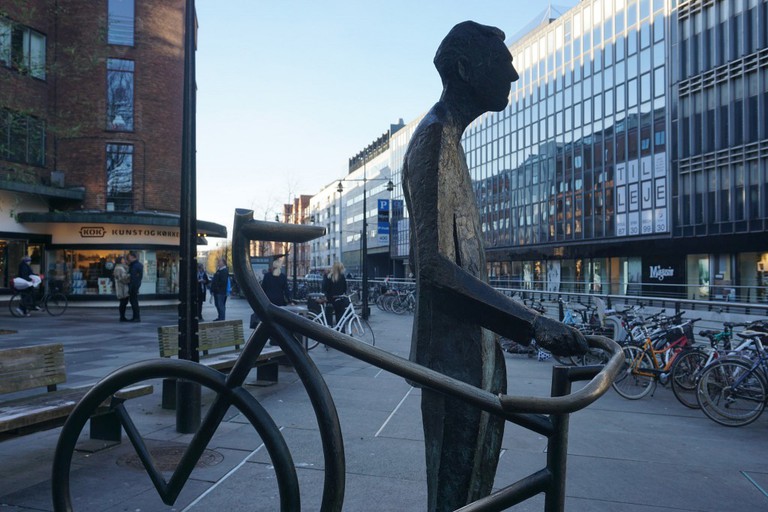